How does SAMBAPOS calculate Cost of Items

I would like to know how its done, becuase I may have done something wrong at purhcases, or End of day reports, or somewhere… 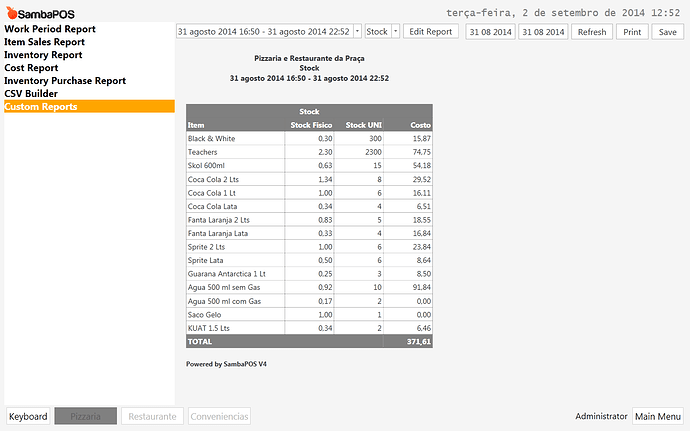 And when I go SAMBAPOS Cost Report I get in the same product a NEGATIVE value? 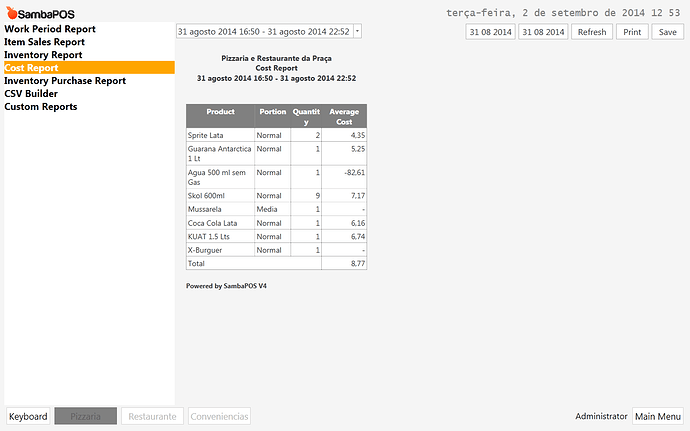 Why do I ask this? well we do take a lot of desitions regarding how much money we do have invested in sitting stock.

EDIT: It looks like you may be entering your products prices wrong when entering a purchase transaction based on how you defined your inventory items.

EDIT: Use the bottle of water as an example… pull that item up as you entered it in inventory then show a purchase report with it. 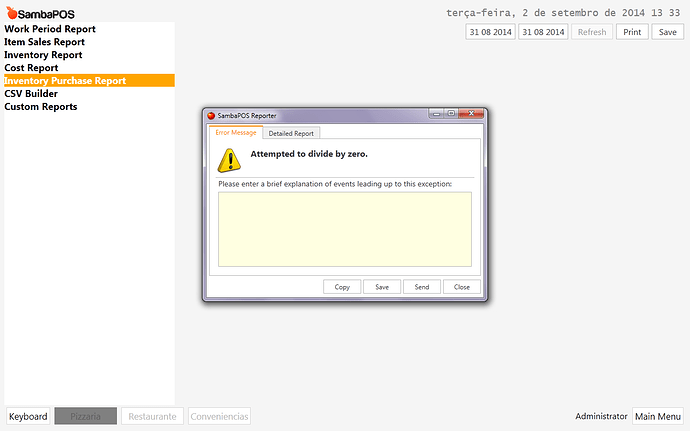 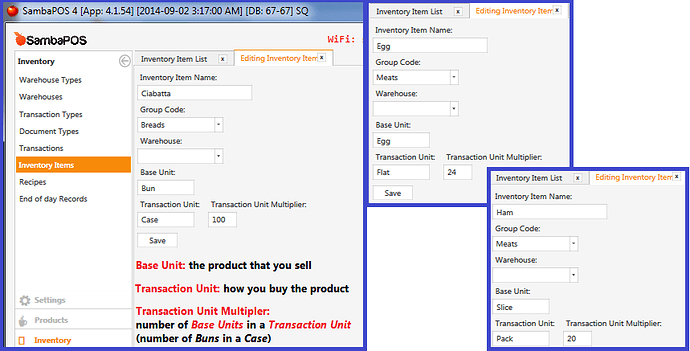 You would put transaction multiplier to 1…

For food items that are impossible to know EXACT inventory… like tomato’s etc. Basically stuff you sell portions of…

Case qty =12 and its 5.00 per case if you have your transaction multiplier at 12 a purchase would look like

For Tracking Purposes:
By defining your products this way on inventory reports it will show exact bottles of coke sold for first example and it will show %case sold for second example

I find my inventory is much more accurate when I follow this practice.
I track items I can sell to exact number: Bottled Drinks, Candy Bars, etc I track individually. The items that are impossible to track exact number: tomato, bread, milk, fountain syrup I track by case.

I dont do that…

I dont think my definitions are a problem, but I think that at one point some , or . is messing arround…

I think, that maybe my poblem is that sometimes we do purchases with CERO price… 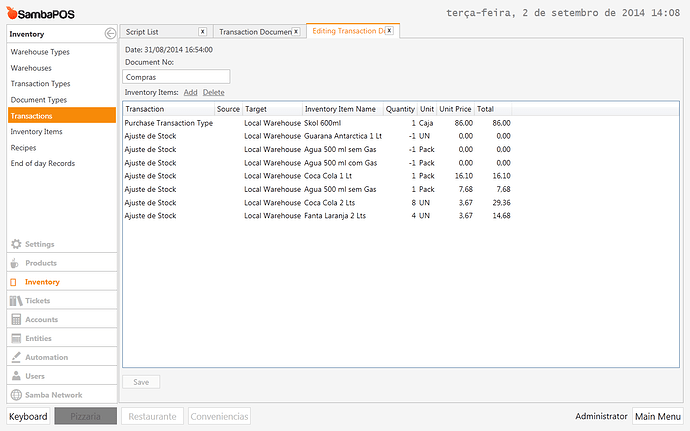 I know exactly what the problem is…

that messes up everything.

I see some possible issues there. your water… your buying 1 pack at 7.68 but total price is 7.68… Show your definition for the water please? It may not be an issue but wouldnt hurt to check

EDIT: Sorry you are right - purchase would throw it all out of whack.

Still kind of curious why you would do a - purchase. If its what I am thinking… its something I was planning to account for as well and was going to look at how to implement it.

Wouldnt a better practice be vs adding 0 price orders… just to go and append the end of day and change your inventory? I know that wouldnt record anything for book keeping… so really I am not sure how you would account for that. Maybe a description field we could write a note on the purchase line item so we could write something like Not Exact Purchase Price or something along those lines.

Could it be possible to IGNORE 0 priced items and negative purchases when you calculate the COST of an item?

That would be really helpfull in cases in wich I return a pack of water (negative purchase) and when in a pack of 12 cans one comes broken (in this case i will be receiving one in replacement or the amount in credit in the next purchase).

Wouldnt a better practice be vs adding 0 price orders… just to go and append the end of day and change your inventory? I know that wouldnt record anything for book keeping… so really I am not sure how you would account for that. Maybe a description field we could write a note on the purchase line item so we could write something like Not Exact Purchase Price or something along those lines.

I am putting togheter a report including purchases, so I can follow besides how much I bought, but how much I returned and how much I should receive as credit or new ones…
As handlers here are really NOT very soda pack friendly, they throw the cans literally inside the truck and when the download what you bought they dont care if the can is broken, or smashed… but I do look at that, becuase that is a lost can…

I was looking at something like this as well. But I couldnt figure out how to implement it with current inventory system. If we had a way to record credit transactions it might work.

I have one… but that involves negative numbers… 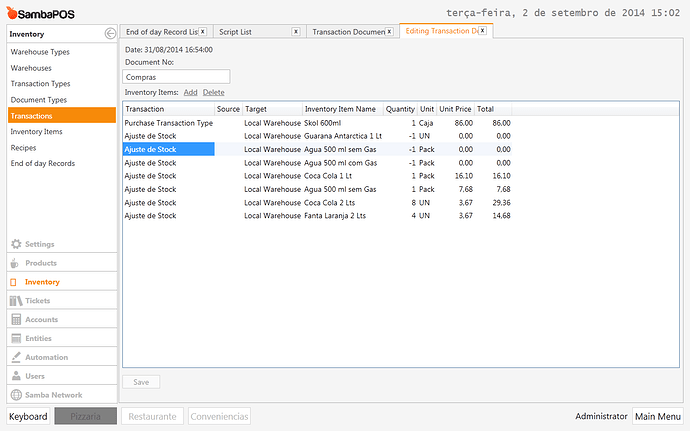 Does that work? I have not tried it yet. It makes sense that source would be local warehouse and target would be supplier.
But you could leave target blank

Hmm it seems to work… I can even record price for the return… and it calculates cost accurately.

The only thing I dont like is that it adds it as a consumption… ideally I wouldnt want it to be a consumption just because I sourced it out of the warehouse… i would want consumption to only track from sales.

I would prefer to have a 2nd category alongside consumption… if its sourced out of warehouse via inventory transaction it should have a category Claims or Supplier Buybacks something along that line So sales still track inside Consumption and Inventory Transactions would track via Supplier Buybacks or whatever we call that column.

In reports it shows correctly however