How to add a caption to Ticket Tag

I feel like I’ve come across this in the forum ages ago but can’t seem to find the thread!

Basically I have a ticket tag for Phone Order (based on the hold function tutorial).

I would like the Phone Order ticket tag to show the number of active orders (i.e. 2 orders are unpaid).

How could I go about achieving this?

I know it’s possible but can’t seem to find the steps! 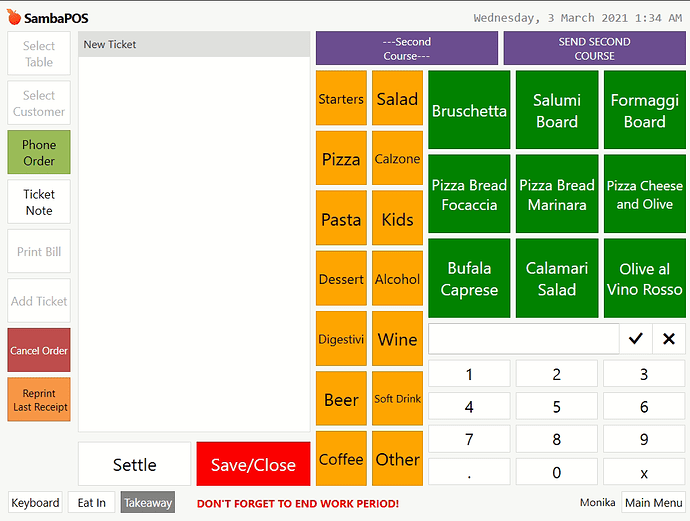 Sorry I wasn’t clear. I wanted the number of open tickets to come in the button caption of the POS screen itself. Screenshot Below: 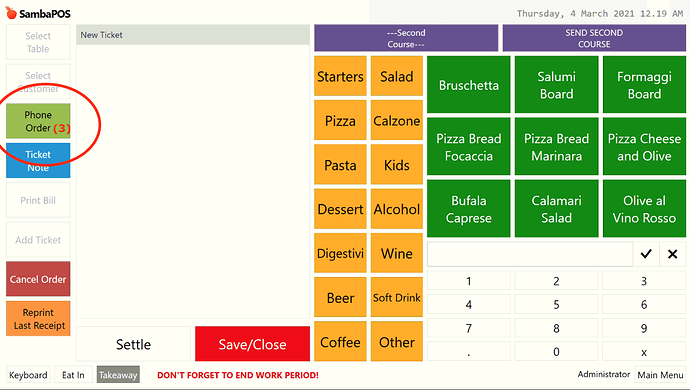 Report expression in the button header.

Something like {REPORT ORDER COUNT:(TS.Status=Unpaid)}), but add another filter for your specific phone order tickets.

Note that something like this is likely to cause lag as querying allot of data on every screen change.

Good Point. It would likely be better to setup an action in the close ticket rule and store this in a local variable.

There was a method discussed to help eliminate this at one point, think to specify only current wp tickets or something but cant recall what it was.

No, within report preview the default is current work period. And obviously report section based on set dates.
Within pos it depends on the expression. The wider report type tags will look at all data as I understand, which is where most expressions in pos end up filtered to unpaid.

The wider report type tags will look at all data as I understand, which is where most expressions in pos end up filtered to unpaid.

I’m not so sure. I’ve never seen a report tag report on anything other than current work period tickets (unless using reports with date ranges). I always use SQL for anything outside of it. I just checked on {REPORT ORDER COUNT:(TS.Status=Unpaid)}) and its defintenly only reporting on current work period, even inside tickets. It didn’t count the open ticket from yesterday (using virtual work periods).

Maybe it was changed.
I know I removed my held tickets count expression from header as after few months was causing slow down. And clearing transactions made it fast again which to me says it at least was looking to all past data.

The report expression may only be presenting data from the current work period. However, if the parsing of said data happens within SambaPOS then that could be the slowdown as all rows from the db are pulled then parsed in-memory and formatted for the report expression.