How to add a sum of 2 totals in a report

Show your report template you used.

This the report template 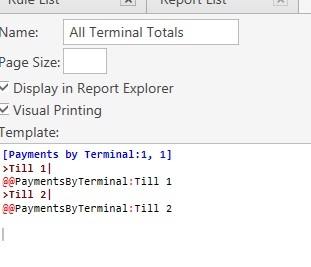 This is the report Script 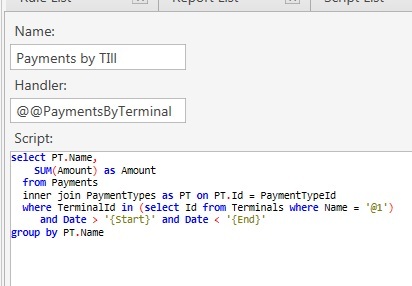 I also noticed that when you check work period total, vs’s till total, they don’t match at all.

Here is what Work Period Shows for till 1 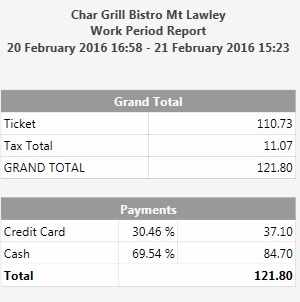 Here is what is captured from Till 1

How about other till? Any payment on till2. Or your SQL query wrong.

Nevermind actually, till 2 does show a different amount and they do equal the total amount in work period.

So in a sense It already does what I want it to do, I just got really confused, because I thought the work period showing on till 1 was seperate to work period on till 2.

So in other words, the work period report that shows the grand total, matches the exact amount that shows for till 1 and till 2 together.

Correct that report is for total venue. You could use REPORT PAYMENT DETAILS tag to build the same report as well.