How to change the button size at left side of screen 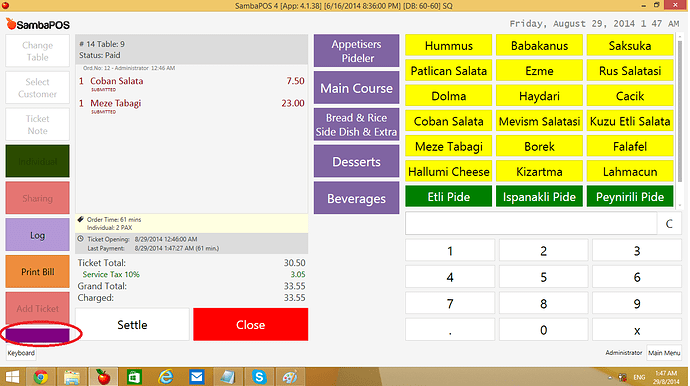 You cannot do that unfortunately. Not yet atleast.

You can’t change the size of the buttons on the left of the Ticket. Instead you may find it useful to move some of the more common buttons to Display Under Ticket Row 2 instead of Ticket… 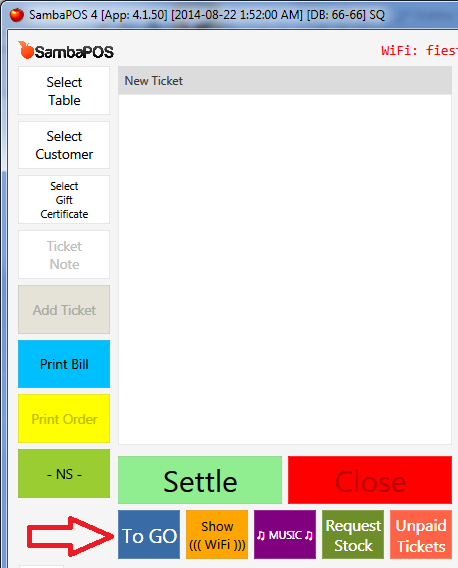 thanks manage to do 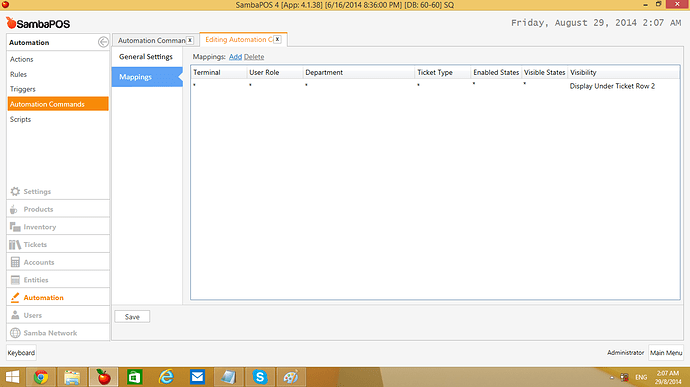 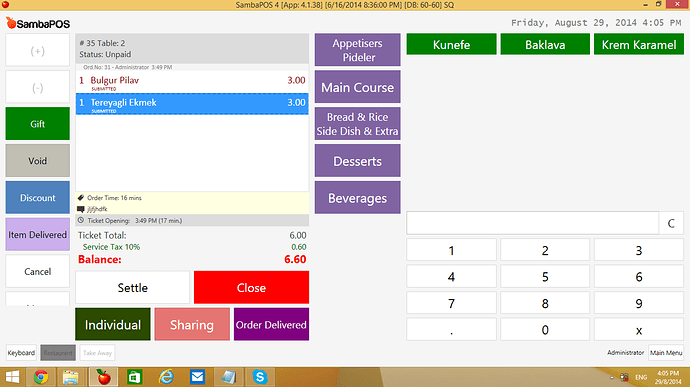 Just make another map and put it in ticket row 2

Order line is not ticket… its when you have item selected.

Have you considered increasing your resolution in the Windows settings?

@Isaac it is the highest

@kendash if we add another mapping:
1.order line
2. under ticket row 2

I see what you are saying. You want the button under Ticket Row 2 but you only want it showing up if you have an order selected? I am not sure if that is possible. The visibility is driven by states. Order selected I do not believe is a state as far as I can tell.

so any solutions or suggestions?

If you slightly decrease screen zoom and switch to full screen view it will fit on your screen. After decreasing zoom you can increase Category and Menu Button heights for bigger buttons.

emre you mean decrease the windows screen resolution…but i am facing problem when i am selecting order and all my order line selected button cant be viewed especially the default button move, and change price button

so i basically want to decrease the size 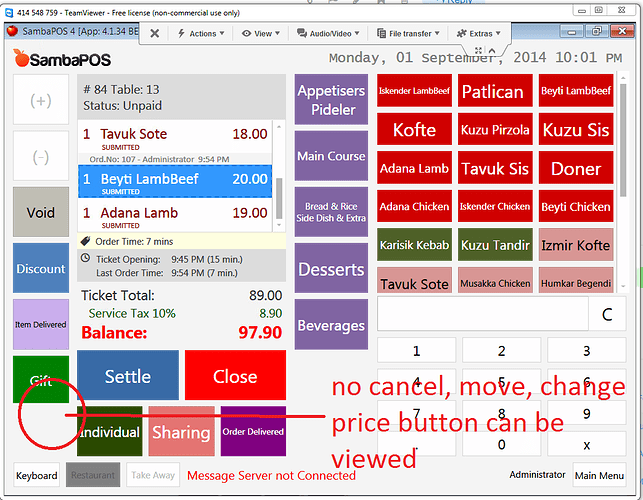 @madiha, he means the zoom-level of the SambaPOS display, not Windows resolution.

You can do this on-the-fly using this method:

Also, the zoom level can be specified in Manage > Local Settings > Display 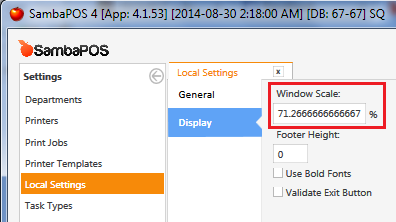