How to improve/fix tablet and wireless performance

I’m setting up a client pc with 3 tablets for waiter to use. So far it was not a good experience.
Database is on client pc. Mixed mode authentications. Connection successful.
Using tplink archer c20. 2.4ghz and 5ghz mixed band. all mode auto.

On tablet, sometimes it will make Sambapos freeze and error screen to close the entire program.
Most of the time, it will have a delay of 5-15 seconds for it to respond if you have left it idle for a minute or two. If you keep touching it, it will be error screen and close.
Spec is Atom 3735, 2gb ram. Only running Sambapos.

Client computer is i3, power settings are tune up to high performance. No sleep/hibernate. Perfect respond.

Is there any tweak/fix for this?
Thanks

Invest in high power comercial grade wireless equipment and higher powered tablets with stronger wifi modems. Use a wifi signal analyser to find deadspots and use repeaters in those areas. Tweak the tablets so they keep the signal live.

@Jesse what make & model APs do you recommend? Had a couple die at hotel and going to try and parse in some better quality ones.

I recommend some Ubiquiti 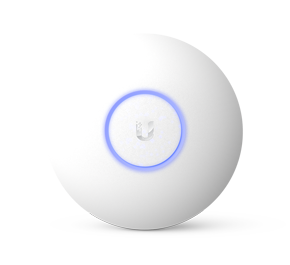 The UniFi AC LR AP features the latest Wi-Fi 802.11ac technology in a refined industrial design and is ideal for long-range deployment of high‑performance wireless networks.

Its very pricey as most enterprise level commercial products are. Cisco leads considerably in the commercial wifi market so that should tell you something. Their low end consumer stuff is not that great though.

Unifi range is one I had looked at as am testing one of their voip phones for new pbx system at moment.
I was also tempted to buy a version which was not the latest as there as several used bundles on eBay of say 12 APs for 300£ but would imagine was a older model.
Have not looked deeply at anything yet but they look like they should be ceiling mounted!

@uzi9mm do you use the Unifi APs?
How do you rate them?

I have read a lot about the Unifi and seen how they work, I waiting for the right bargain to pick up a LR version, missed out on a few on ebay.

Currently I`m using a standard talktalk router to run my network, I have had many problems with wifi dropouts and disconnections but they are related to the hardware of the tablets.

I would recommend a Asus RT-AC68R/U on a modded firmware, the wifi is rock solid and if you connect a few together they make a big network, connected together via cable not wifi. I have this in my home network with over 15 devices connected and no dropouts and no reboots required.

Unifi is good because it comes with software to control each AP, but all are wired back to main router which needs to be able to handle all these connections.

I have 2 Gigabit Procurve switches I will use for the core of the hotel network with the plan being VLANs and multi SSIDs for the VLANS to separate guest network and epos tablets/office portables and also plan to setup packet fence gateway controler for guest registration meaning with VLAN and seperate SSID and Packetfence the guest wifi should be ok to leave guest network as open network.
We curently have about 12 APs through the hotel. They are fairly cheap TPLink boxes which I like for their price of only £20-25 each with passive POE and VLAN/MultiSSID support. They seem to do the job for now but plan to upgrade them to enterprise level APs over time starting with the main part of hotel where tablets etc will be used.
Current issue im trying to work out is that due to the spread layout at the hotel there are maybe 5-6 unmanaged switches dotted arround the hotel reducing the uplink wireing requirements but am just worries about possibility of having to swap these out for managed switches in order to implement the VLAN setup.
initial testing sugested than the small unmanaged TP-Link switch I have for bench testing tills passed the tagged traffic as I had hoped a unmanaged switch might rather than stripping the tag from the AP on its way back to the procurve…
Its one of those things where the switch cant be done in phases am going to have to do an all nighter to switch over to VLAN.
If it was just the WAPs on the unmanaged switches i would temporally just change the ones in the main building but there is other devices on the outer legs of the network like CCTV.
Currently we are relying on separate subnets for public and hotel devices with public being DHCP and hotel being static IPs.

Given the spread of the hotel and the weight of most of the walls I would look to use more - more basic APs than less LR types as the thick stone walls make full coverage throughout quite tricky…
Hence why I was attracted to the bundles on ebay (presumably from business close/upgrades for say 12 UAP models for around £300.
Am not overly fussed about 5Ghz as has only ever cause me issues in the past and the AC models are just too expensive ATM.

The £300 bundles seem suited to you, they are used shopping malls too. Its good but like anything its only as good as the main router.

The main switch is a good gigabit procurve (24 port managed fanless procuve arround £80 on ebay - have one in my workshoop at home).
Obviously POE is a factor I want to incorperate in places for the new Voip phne system and the AP (understand the more basic Unifi ones are not fully fledged POE and come with adapter for 48v to 24v for passive POE for the final wire to the AP but can work with that as the current APs are passive POE anyway so are wired to come from a position nearby where the passive poe adapter can go where there is currently a passive 12v POE injector.

My thought to reduce the equipment expence is there are reasonable switches with POE available with 100mb ports and a 1000mb uplink port.
If the APs are passive POE they can only take 100mb anyway and that would in theory make the device connections 100mb on the final wire but the core network and uplinks would be gigabit so although one device would not have the full gigabit link the backbone would support an overall higher throughput.
The core hotel network would be wired anyway and be direct 1000mb to the office pc etc meaning it would only be the outer devices capped locally at 100mb and given they are going to either be CCTV which will be happy with 100mb or wireless at which point the bottleneck would be the wireless anyway it shouldn’t matter too much.
Possibly use the basic UAP in the outer areas and just get a couple of higher spec UAP Pros for the office/bar/restaurant which will be the main areas with high client density where throughput might be restrictive on 100mb with many wireless clients where it would potentially impact on the tablets/hotel traffic…
Sound logical to you?

I have been using Ubiquiti UniFi access points since they first hit the market.

To sum it up, they out perform every other access point. Cisco & Motorola don’t even come close to the range and performance.

I am helping a mate install UniFi at his work, and we have found for every UniFi AP installed it covers atleast 2 Motorola AP’s and the signal is a lot more stable.

I see at some stage you were at a Club that would need good Wifi range for Members. Did you deploy at your Club at all?

Sure did. And a few more too.

Do you just use the APs or the whole system with gateway and switch too.
Switches seem hard to get a deal on ebay etc but APs (the basic UAP which is more than enough for our needs) are avaialable in job lots for great price.

Just to share, I do like the Unifi system,
The controller has a centeral place to view aps status and remotly reboot/manage;