How to put the order number on a kitchen ticket

I´m trying to add the order number to the ticket printed in the kitchen, but the {ORDER COUNT} command sets a general order number for every order of the work period, and what I´m trying to do is to make the count for each table, is it possible? if it is how I have to configure it?

have you try {TICKET QUANTITY SUM}

it didn’t work, now only puts number 1 on each order number, is there any other way?

show your printer template.
both {TICKET QUANTITY SUM} and {ORDER COUNT} output the same for me

{TICKET NO} is what you want

{TICKET NO} only puts the same ticket number in every order for the kitchen, {ORDER COUNT} puts the overall number of orders of the whole day, what I need is that every order increase for each open ticket, can {ORDER NO} do that? 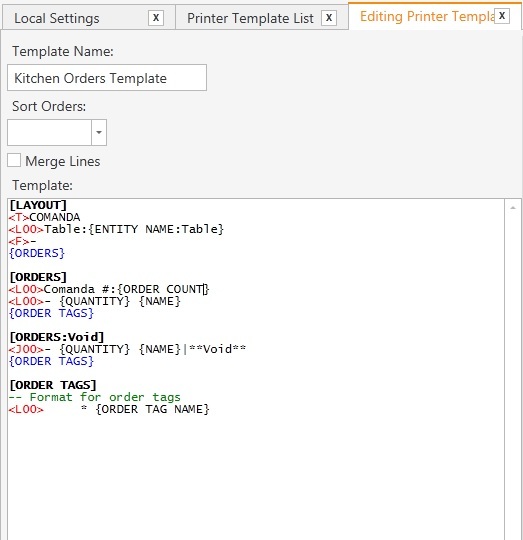 Sounds like something funky happening with your setup,
Ticket no is per ticket and order count on a print should be per ticket…
Think you maybe need to confirm your terminology…
Ticket is a transaction, a list of orders for say a table or round of drinks.
Order is the lines of products on a ticket…

A ticket of
2x pints
2x burgers
Would be 1 ticket, 2 orders and 4 total order quantity.

So what if someone orders 2x something? Would that be order 1 order 2 or would 2x be one order?

Sorry for not answering sooner my computer died.
Kendash is right on what I want to do I want the orders appear as order 1, order 2, etc on the same open ticket as the client order something from the kitchen.
ORDER COUNT does kinda that but takes the count from every open ticket so order 1 may be from ticket 1 and order 2 and 3 from ticket 2, what i want its that order 1, 2 and 3 are on ticket 1 and ticket 2 has its own orders 1, 2 and 3 respectively, I think ORDER NO does that but instead of printing the order number on the kitchen order it only prints “ORDER NO” and I can’t seem to find the problem.

There is no such thing as ORDER NO