Inventory consumption not working on old sales, if you add a new recipes

Good Day
in V4 , when i used to add recipes is usd to subtract form inventory on old sales.
in V5 its not working on old sales …

please advise, this was very handy, since we have huge recipe list it will take time to add it all.,

I don’t think this would be classified as an issue.
If anything the ‘old way’ you describe would be the issue as changing the recipe would change consumption for past sales ie on the bases the recipe was correct but has now changed.

I have not used inventory but know there have been big changes in the recipe/inventory side of things and if this is the case that is most likely to be the reason. The improvements made as far as I understand make making recipes and getting the consumption correct should be allot easier and more flexible than the old system.

There are some comments on the inventory changes on the release notes;

5.1.56 Download ##New Features This release contains really nice new features. I hope you’ll like them. I’ll be glad if you share your suggestions or ideas with us. Thanks to Kendash, QMcKay and the rest of the Beta team for helping me implementing new ideas and finding issues. Please let me know if you notice a new feature not mentioned here. You can also review Custom Package Delivery tutorial for detailed explana…

in V4 , when i used to add recipes is usd to subtract form inventory on old sales. in V5 its not working on old sales …

I would like to see a concrete example of this, because AFAIK, this works just fine. There are not many here who have put as much work into Inventory and improvements than I have.

Adding a new Recipe does affect Consumption as far as I can tell.

i have updated and still the same issue

Can you show screenshots of the issue?

i have a cheese burger that uses meat & cheese .
and i didn’t put a recipe yet.
and for the past week i have been selling burgers,

so now i will put a recipe for cheese burger that will consume meat and cheese.
in V4 i used to see right away deduction from inventory on the past week old sales,

in V5 dont reflect old sales, only deducts from the moment you make the recipe , and all the old sales, do not apply 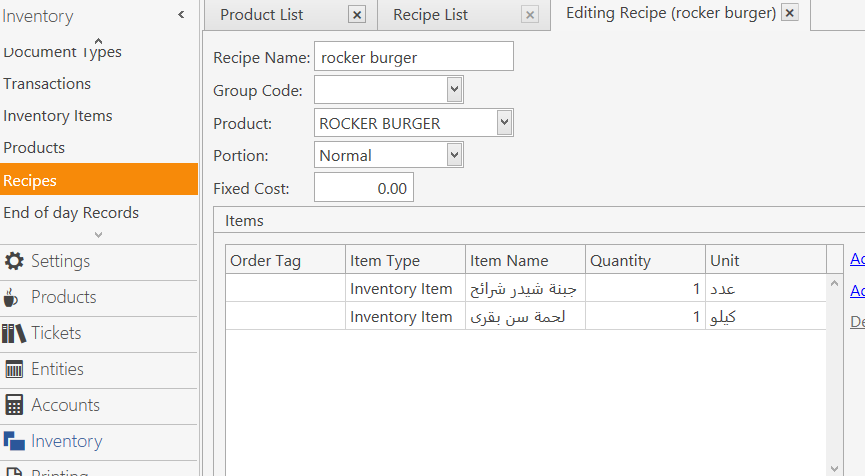 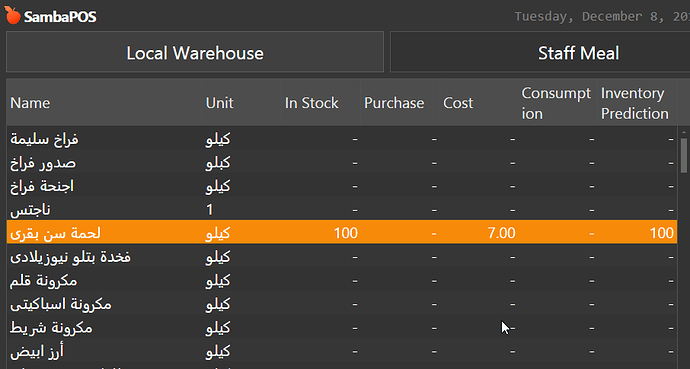 Past Sold item Shisha mix 10 sold in the past

inventory item it self 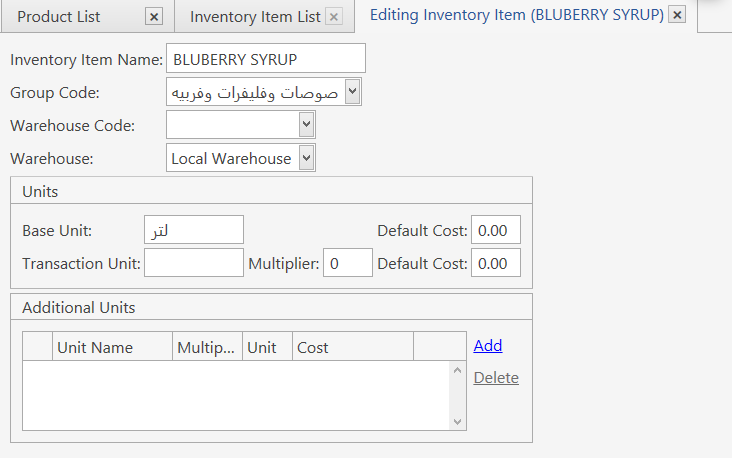 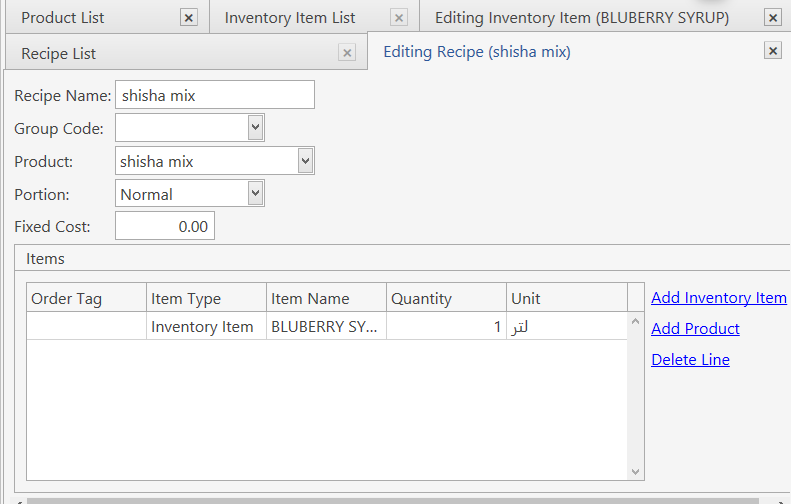 @emre any updates or thoughts about this issue ??
Please advise.

Thank you so much.

you got my screenshots ?

I’m not aware that it has ever affected old sales. It would work fine for future sales. I would like to see an example of it ever doing that in the past.

in version 4, it used to work all the time… but never in 5… that was my concern… future sales works with no problems

From the first SambaPOS Version Creating / Modifying recipes never updates past sales that made before last work period start. Maybe you didn’t stopped work period on your V4 test.

never updates past sales that made before last work period start

That is what I was seeing, and remembering. Alterations to Inventory, Recipes, and the resulting Cost and Profit Rate do change, but only within the current Workperiod.

I am getting an incorrect profit & loss report every time I change the physical inventory.I have products in my ware house and they have recipes set correctly the problem comes when I do an end of day record. If I correct quantities my profit and loss report is affected it shows less cost sometimes more. e.g: Full Chicken and Chips: normal cost: 6.60 cost after end of day: $5.52, cost after end of day 2: $17.75( more than selling price).

Maybe I am doing something wrong