Is anyone willing to try and integrate Gloriafood API into my system?

so u use Jscript to pull the values via JSON?

Not strictly, but as Samba uses jscript heavily it would be the code you would use to do it.
If you were using a third party online system you would probably most likely use the internal scripting in Samba to pull the data from their API and program the code to process that data into Samba.

I could proably get everything working in 2-3 days If I really wanted to, however I just dont feel conformable really, knowing what is in development in the beta as well as how easily my implemenetaion would be broken.

If Samaba uses Jscript, Is there a possibility that the system can evolve into a cloudbased server eventually?

Thanks @the133448, I think we should wait until the API comes out now that both Kendash And JTRtech both are suggesting the same

If Samaba uses Jscript, Is there a possibility that the system can evolve into a cloudbased server eventually?

Dont look too much into it at this point.

It’s not really an API, but rather an method to acess samba stuff

edit: well that’s litteralyl what an api is so i dont know what im saying
what i was trying to say when the graphyiql thing get added it isnt like easy method to add an order like Samba.AddOrder(orderdata);

Yes cloud will be an eventuality. Emre has stated publicly in the past that it’s a goal. Don’t expect it soon and we may not get it until version 6 or 7

Yeahh… I realised that when reading it back, I just wanted him to be aware once it came out it wouldnt instantly solve everyones needs

Personally i prefer servers to be local so i hope that there is always the option to have a local server rather than be forced to go online eventually. Online would be great for multisite operations though

I doubt he would force online only.

I would say parts online would be good for multistore operation. I’ve seen the infrastructure of a fast food chain in australia with over 6000 pos at 1000 restaurants. And every pos is a windows based operation which has a localdb and retrieve updates/sends sales to a central webserver

The main thing which will be extremely beneficial is the pragmatic creation of tickets and orders in a way which doesn’t rely on loops or direct SQL and will open allot of integration doors.
Fully fledged online ordering and html interface will follow.

This I hope is the main end goal as believe this is the most stable/reliable setup.

Pure cloud based solutions have their place but think more suited to other environments and smaller businesses.

Obviously hahahaha, if massive chains like kfc and maccas are using that. Ill find a screenshot of what the webserver looks like hang on. 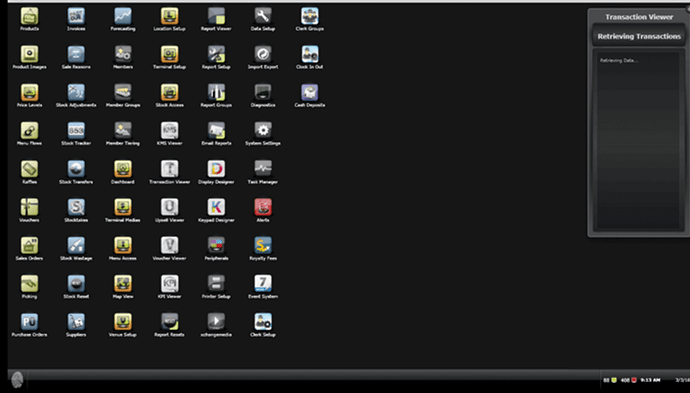