Am trying to add a pair of custom confirmation prompts to logout button on tablet.
Cant work out a constraint to check is there is a ticket open.
Have tried Status == “” but doesn’t work.
Any suggestions?

This is what Ive got at the moment. 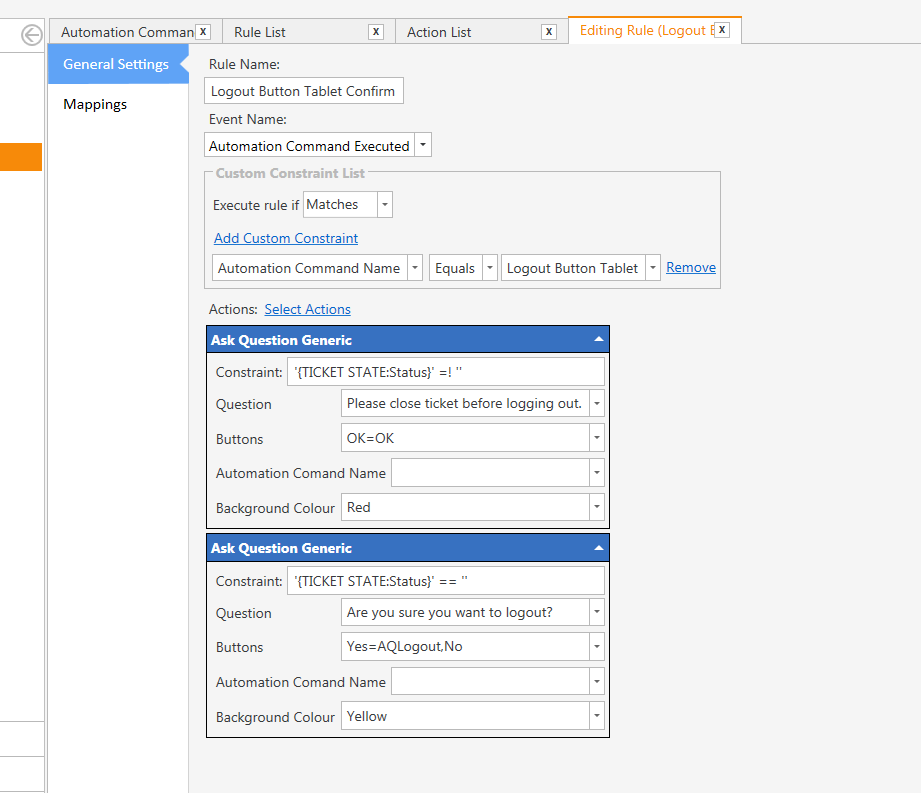 Why do you need to check for an open ticket? Im just saying it seems like it would be obvious if a ticket was open when you press Logout… why not just use the mapping for the button and set it so it only is visible and enabled if there is no ticket active.

I have set my table selection requirement on close ticket so want to force the ticket to be closed by an ask question for please close ticket before logging out.

If you do not allow the button to even be visible if there is an open ticket does not that do the same thing?

The above screenshot shows if you set visible to Status= it will not show the button if there is an active ticket.

I know what your saying but would rather have the ask question saying please close ticket before logging out so the user knows exactly why they cant logout.
Status= presumably means null rather than blank?
How/is there a way to express null in an action constraint?

The inequality operator is backwards.

The inequality operator is backwards.

My bad, got it right in samba

<> is the same thing as != … it is just another way to specify inequality.

For greater and smaller what should it be;