Manually revert a transaction when ticket is been reopened

I have a special way of adding Tip to a Ticket. When the Tip has been added and the ticket is been closed a Tip Transaction must be added.

It depends how you are adding the Tip Transaction.

If it is a Calculation, I think it will be removed properly, but not sure.

Action - named “Round Remove”, but since it has variable parameters for everything, it is really just a Generic Update Ticket Calculation Action: 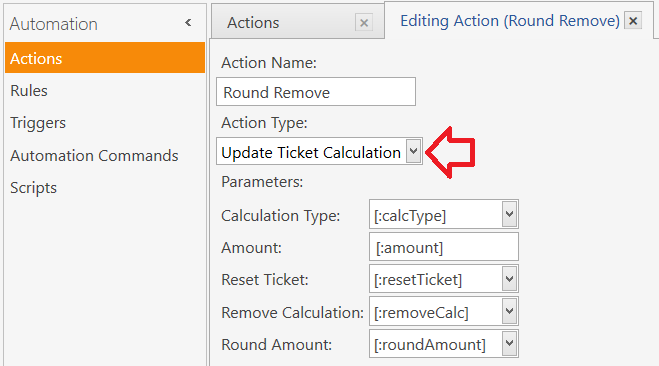 The Rule fires that Action 4 times to hit all the Rounding Calculations that could be on the Ticket: 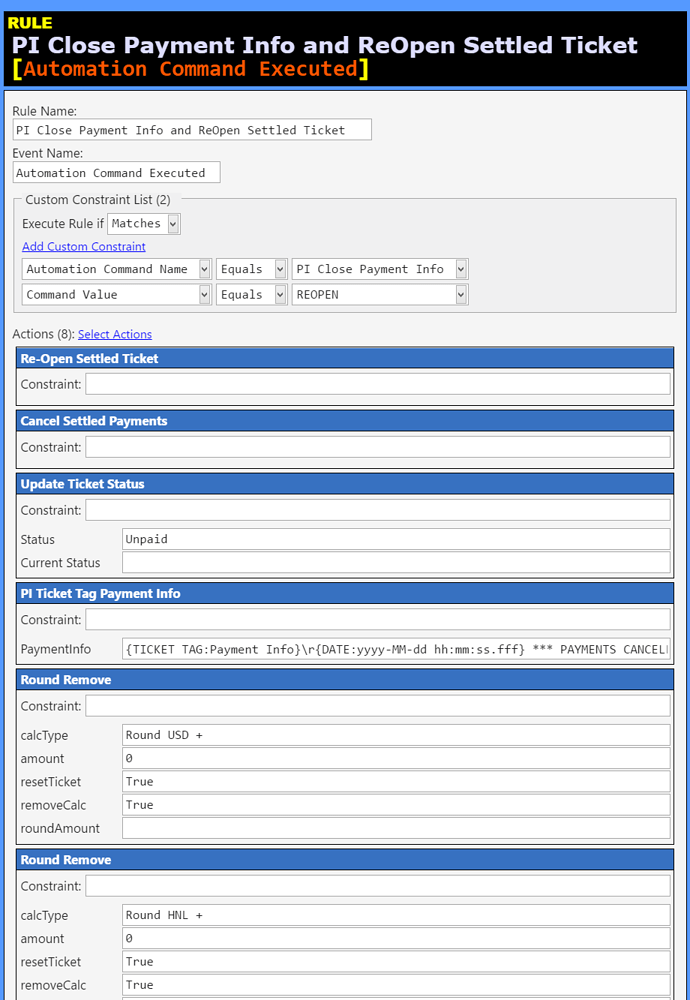