Just enjoying the new features of 4.1.37 and was testing the Auto Decimals feature which works a treat.

Whilst testing this it came to my attention that having a MAXIMUM TENDERED AMOUNT LIMIT will be very useful and help further reduce user error.

For example the maximum tendered amount in small food establishments is not likely to be over £100.

For example: With this new feature we can set a limit of £100. So if someone had a bill for £53.00 and paid with 2 x £50 Notes. The maximum tendered Amount will allow this transaction and not allow the below to happen: 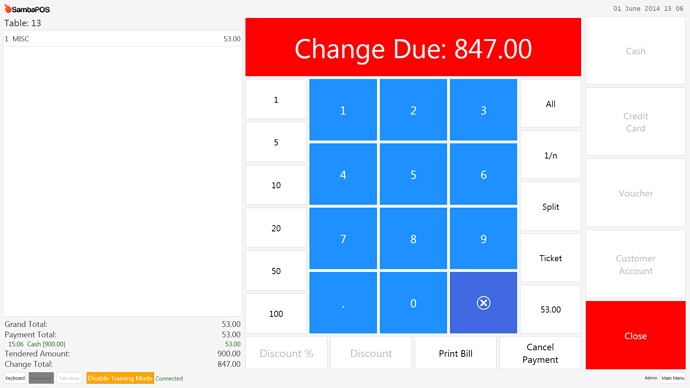 I’ve implemented something like that as a Payment Processor. You can configure an “add limit” payment processor for any payment type. As @pizzaeilat4 suggested I’ve also implemented asking admin pin feature so non admin users can complete payments when admin pin entered if amount is off the limit. I’ve also fixed a small issue so it will work better on next release