Am just working on optimizing my menu to work between 17" terminal and smaller tablets.
I have been trying to match the category and menu items heights however am struggling to do this while keeping a layout which translates well between tablets and till.
Am I right to say that we can set the height of the buttons only in pixel form? We cant set the button height in form of number of rows or %.

Also height dont seem to be quite right.
Have set category buttons, sub menu buttons and menu item buttons heights all to 80;

But yet this is the layout given.
Categories and sub menus are same height but menu item buttons are shorter :-S

Interesting work JTR’
I have a cheap 10" Tablet sitting on my desk just to do the same thing. I feel most installations will go for a SurfacePro 3 with dock here in Oz. So most Menu design will need to be shaped around that configuration for our venues.

This is the spirits category as it stands. 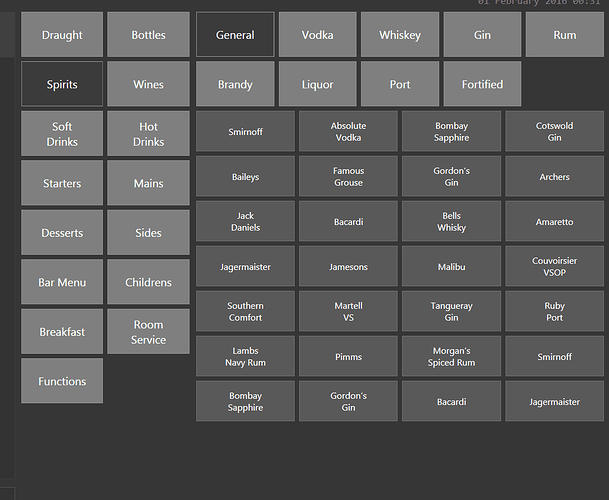 Obviously I could just tweek the height to match but something seems out of whack that 80 height on category and sub menu is different to 80 on product button height.

LOL - its hard being that type, I am self proclaimed as well! What size tablet are you using for testing as that is a lot of Menu…

Looks good on the 17" touch screen I have for the till terminals LOL
Although picture doesnt do it justice; 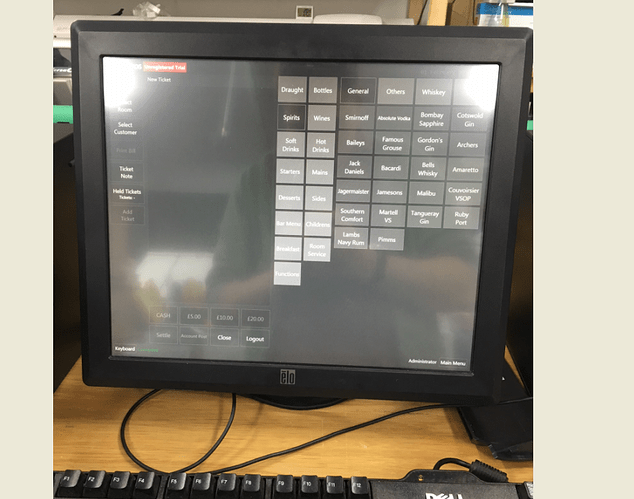 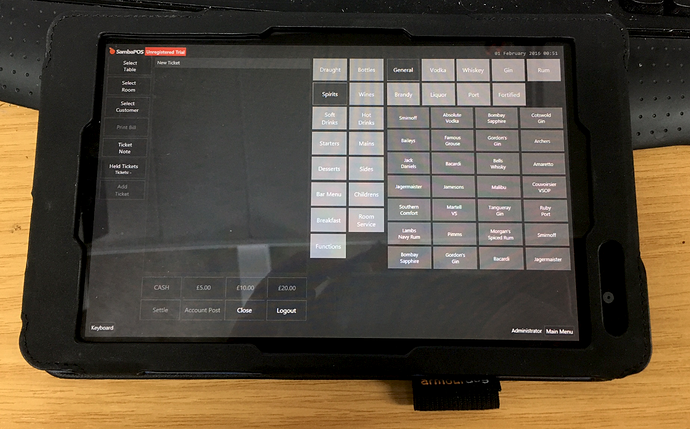 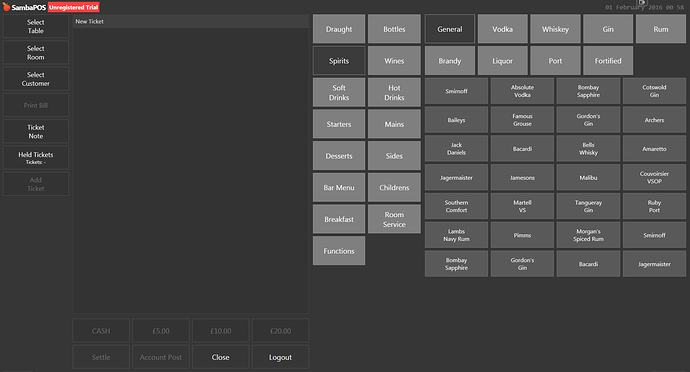 As you would generally just be adding new product or removing from the list once the menu & category instances are configured you wouldnt need to worry to much about them.
And the product lists would be where you still set auto select etc aswell.
If can get some support for it think it could work well.

Sounds like solid advice.
1st two columns are the Main Menu. The 2 rows from “General” and “Brandy” are called what? I assume the “Darker Block” is Categories?

It is set to 2 category columns down the middle,
General, Brandy etc are SubMenus
The Dark boxes are selected category and sub menu set in menu options for selected format.
Medium Grey is obviously the products.

Have similar setup for wine; 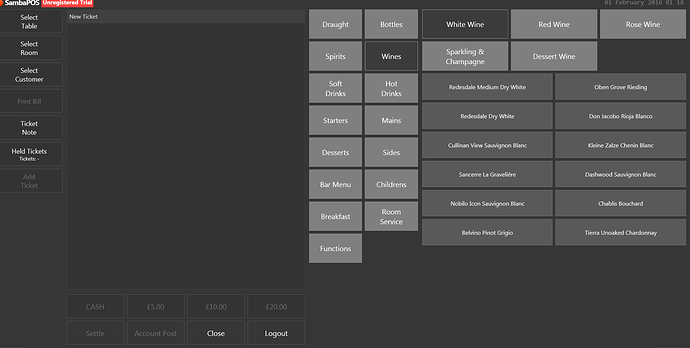 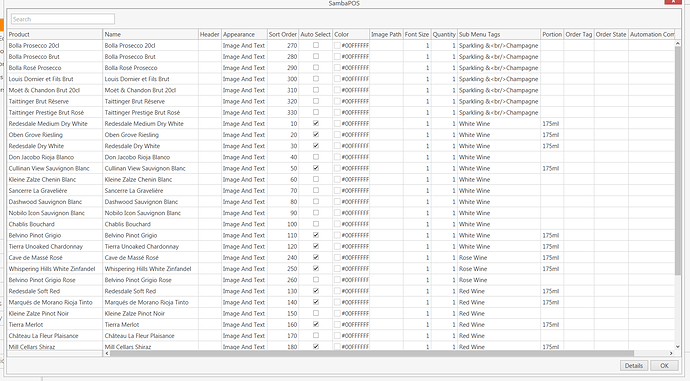 I can confirm that menu item buttons need to be 8 taller to match a category or sub menu height.
This is linier in that is I increase from 80 height to 160 on category buttons menu item needs to be 168 so it doesnt seem to be scaling or anything else (scalling on this machine is 100% anyway)