I would love to be able to set the background of the buttons and set it to stretch to a .png file. Example of why: Quick button I made in photoshop. (Yes I realize the P is caps it was quick for demonstration :P) Obviously the text would be from SambaPOS since it would be just a background I have text to show what button would look like.

Or give us the option to set a cell width along with height (We can set Height now) so we could use complete replacement buttons without the odd border around them.

Could possibly add a way to name the buttons in menu so you still know what category it is but keep it from putting the name in the actual Cell.

Crude Example of what it could possibly look like: 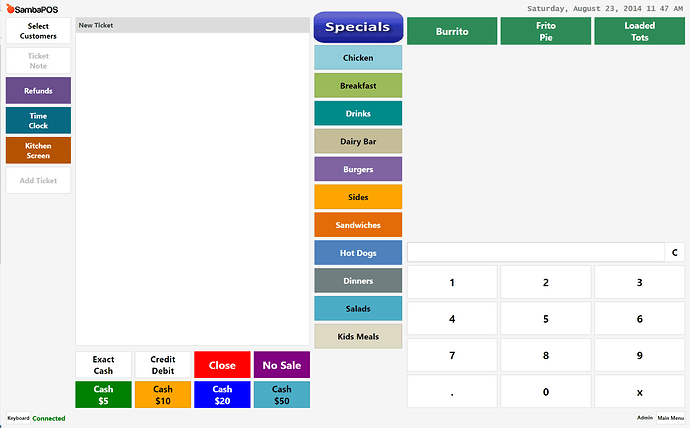 Lots of possibilities for some nice looking buttons.

I like!! this would be great if we could change the design of our buttons

Keep in mind these are crude 5 min buttons I made in Photoshop. They are not indicative of what my finished buttons would look like. They are purposely kinda ugly I just drew them up for demonstration.

@Jesse we already support button images on some places. such as menu buttons and category buttons. 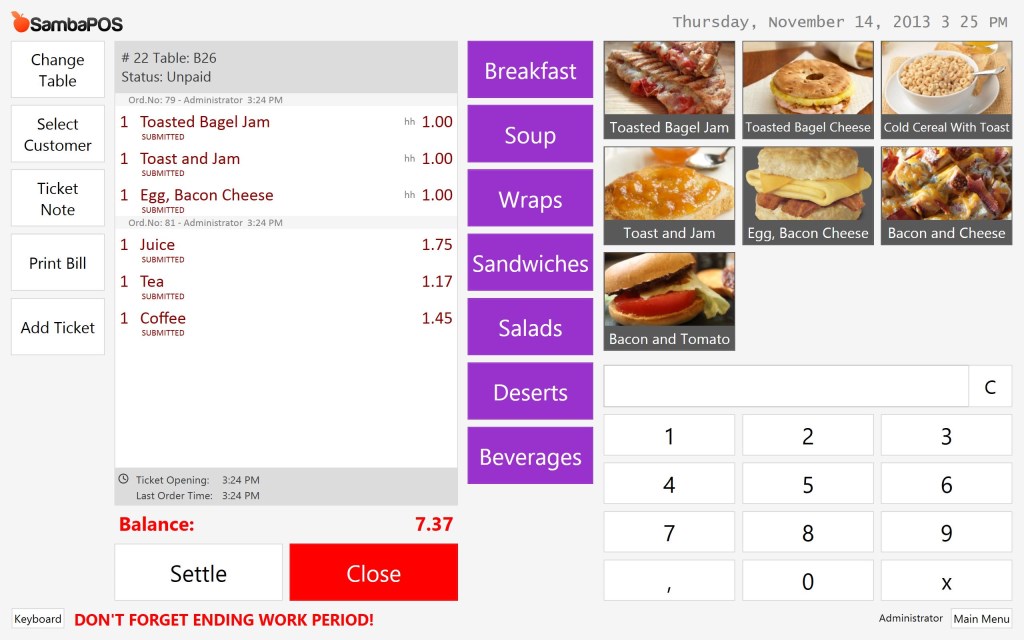 However to make it simple to configure it supports auto labeling and bordering and it supports two captioned and captionless layouts. We can remove that and let bitmap to display all graphics but won’t it be a little hard for users? Now they’re just adding food photos.

We can implement more bitmap rendering options but this is a little complex work.

would look really good if all buttons have rounded edges instead of square, and had that 3D look about them as default

I can see how someone could really mess it up if they didn’t know what they were doing.

@RickH the reason the buttons are not rounded, 3d Letters etc… is because they are not images to begin with. They are colored cells similar to what you would do to a cell in a spreadsheet. It would take a lot of work and your color options would reduce to just what he provides not a true color picker. Each button,color would have to be designed individually. I was not asking for that, i was asking too allow me to do my own button designs and a way to insert them

@emre If its complex then shelve my idea. It would be nice but its not a deal breaker for me. I could technically get it to work with some clever tricks and resizing. I will just make due. As long as I do not change screen sizes I can make it work.

It is complex because we need to publish lots of options for each button such as bordering, captioning, font coloring, etc… I’m not sure if new users can deal with that. We even don’t permit changing font colors and just calculate best color automatically. It may sound a little opposite of our vision but most people are (including me) really terrible at designing things.

So we should have automatic or custom options and that is another level of implementation complexity.

For future versions we have plans to offer template support. This is basically useful for people who needs dark screens as their place is dark. Our infrastructure supports that but to be able to deliver faster we hard coded most screens so we need to review whole project to make everything templateable. When we complete that you’ll be able to change everything visible with a separate designer tool we’ll provide. 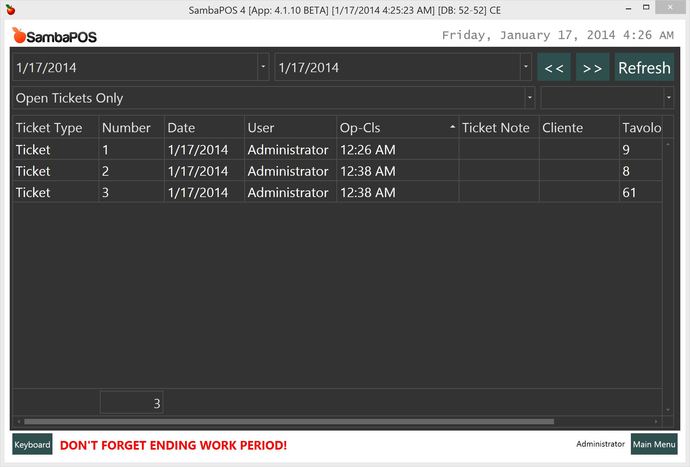 This is an experimental screen shot I’ve created while testing template support.

Sounds good. Looking forward to that future. Looks like I opened a can of worms haha. I can definitely wait.

I completely agree it should be automatic. A lot of people do not understand either that you cannot just go to the web and save a button image and use it legally.

Now that I understand the complexity of the change, these sort of things, Cosmetic Changes, should definitely be later down the road. I would much rather see usable function improved first.