Merge Order lines not working for some case

May be a long shot since I think I’m the only one get frustrated by this.
There is some case that when you do something with order line state, key, tag. Orders print out won’t merge.
For example,

First order 2 of the exact same Soup, then void 1 soup and then cancel void. When you print bill, it won’t print 2x Soup. I still don’t understand why. Order state should not effect this. 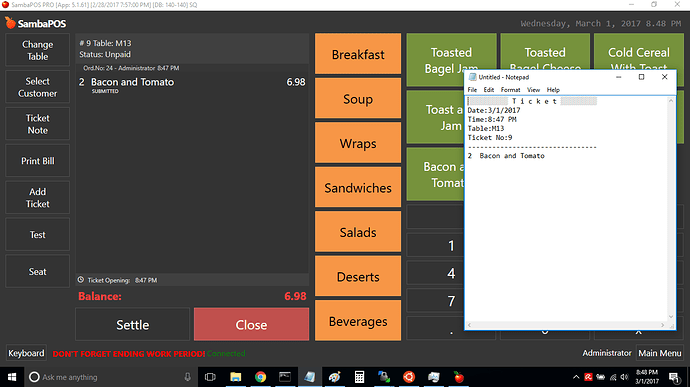 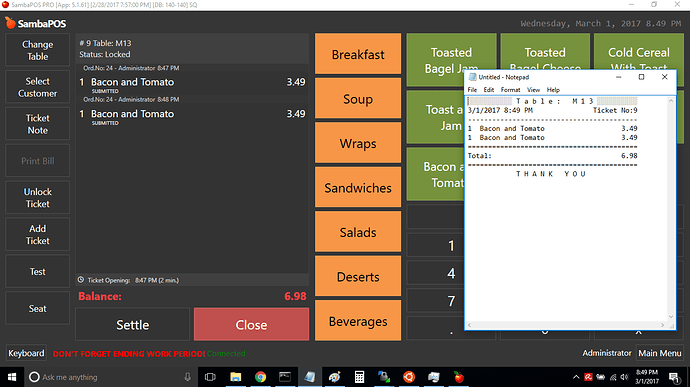 My idea is when to decide to merge or not should be consider from the end result. Right now, I think, It was compare from data store in database for that order and if it exact the same it will merge. But I think it should be if it print out the same it should merge. For ex.
1x Soup $2
- No Onion
1x Soup $2

When print to kitchen, you want to show order tag No Onion, then it should not merge.

When print bill for customer, template is set not to print this order tag, so it should merge this 2 soups into 2x Soup, not 1x Soup and 1x Soup. Because it print out the exactly same line.

I hope this is make sense. So we can put an end to merge lines. 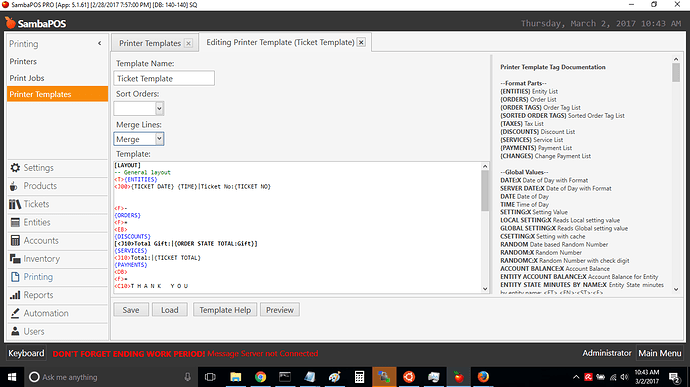 Umm. It should merge bacon and tomato fine with merge method. Is it default database?

@emre, When I use Merge Order Tag option, some order tag does not print, the one with no price. I don’t know if you have a change to look at normal Merge that doesn’t merge here.

Umm. It should merge bacon and tomato fine with merge method. Is it default database?