Closing tickets from the mobile client and doesnt seem to be executing any printing.
The printers in Samba are set as Shared Printers \PC\Printer.
Does this make any diffrence?
Does the Message Server need to be on same PC as one the printer is connect to.
The client does ask me to input Print Bill Rule, my printing is done on the close ticket rule?

No he is using the Android mobile app. It uses the print bill rule and it will print on the terminal you defined in mobile app settings.

thanks for replies, im rather confused. On the tablet i have put the terminal as Server. which is what the printer is connected to (the main till). And i have put the print bill rule in the field.

How would this print my kitchen orders tab if im using print bill ?

You would use the rule that triggers the print job you want. If you want kitchen then use kitchen print rule.

So you need to use the rule for whichever print job you plan to use. Set the terminal to whatever one your printer is hooked too.

right i see i shall test this, does this mean the ‘close’ button on the mobile terminal doesnt execute the same as the close button on the till itself. As i have my kitchen printing attached to that so if there is a new order it prints.
SO do you have to press the print rule button the click close.

Yes you do. The mobile app is hard coded and does not follow same logic.

Managed to get it working, you can use a shared printer name but the SambaMessage Server has to be running on the same client the printer is connected to.
I have seprate client for the SQL server and i put message server on the same machine.

Sorry to bring up this old issue. I have followed the steps but mine is also not printing. I want to understand if the close button also works as the close button on the machine. ( does it execute same rules )

In my rules, the order is printed through a separate button. Probably because of this it is impossible to set up printing. When ordering from a mobile client, if I select “print bill” - the check is automatically closed without printing. I tried to add a rule for closing a check - it does not help. Developers, can you describe what rules the mobile application is implementing? P.S. printing of the check of payment occurs without problems.

In the mobile client settings there is an option says Ticket Printing you would select the automation command that is responsible for printing a ticket. By default it is Print Bill. In Sambapos you need to have automation built around that command that executes the Print Job If you do not or you altered default Print Bill rule then it will not work.

So, if I printed receipe for client - it’s OK. “Print bill” worked normaly. But I need to print firstly orders for kitchen/bar. When I try to print order - receipe window will be closed without printing.
But I noticed that if you remove the statuses in print - then the print from the mobile client is normal. But then orders can be duplicated. The initial configuration was completed in Russian long ago, can this be a problem? I did not change the statuses. 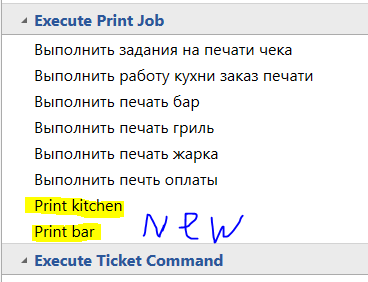 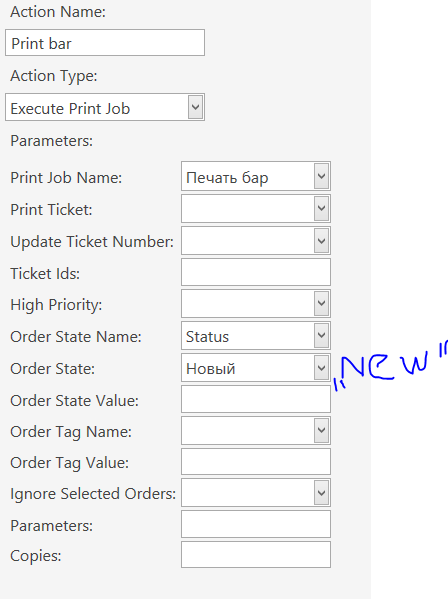 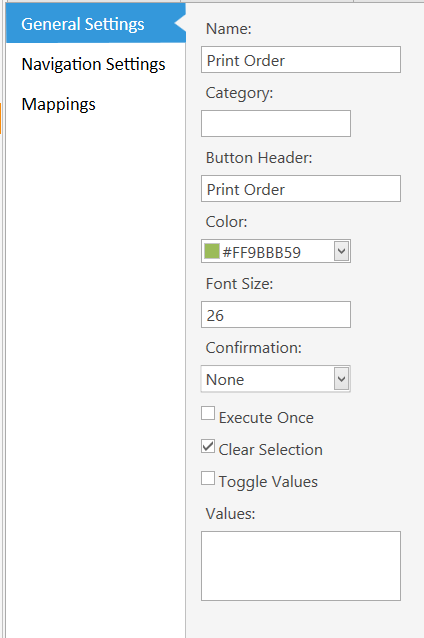 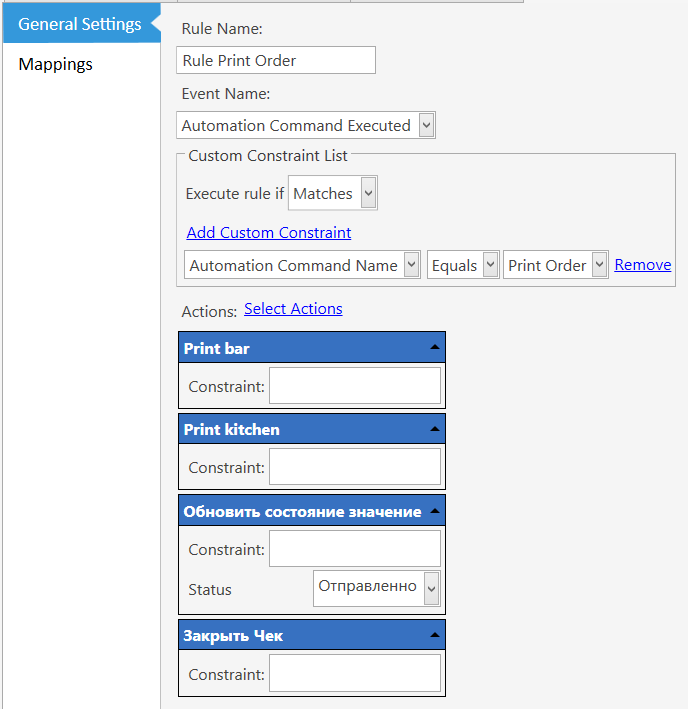 Cant make any of my printers work with the mobile client. None are connected to the server which holds the message server. Does this mean I need network printers?

As I understand the printers need to be available to the server as app uses api which runs on server. Network printers are usually recommended. Not sure if it will work via a share on network from a terminal, Samba itself can function using shared printers like that so personally would have thought the api would be able to but know people have had issues with that setup.
Make sure the printer is available to server machine and named correctly.
If I remember corectly last time I configured a shared printer setup what I did was to share and then add the printer to the seccond machine then i set the printer using the share name rather than the local printer name. ie;
\EPOS1\Receipt Printer
That was for a rdp tablet for bar printer. Its actually also the receipt printer for the bar till.
Not sure if you would also need to add the shared printer to the printer its actually connected to again as if it was another printer. In that setup the bar terminal doesnt print bar order tickets, just terminals/tablet not on the bar since it didnt want to have bar orders for every drink served at the bar, only for table orders.

Network printers work if esc / pos mode if html mode you need 64bit message server. I have a copy of it but it’s not released yet. They need to be on the server though or it won’t work.

Server can connect to all 3 shared printers. I can ring in drinks and close the ticket no problem and they send to my bar display but when I ring in food and close the ticket, it freezes on the loading screen and I have to force the app to close. When I reopen the ticket there’s no trace of what I rang in before it froze. I assume this is because it’s getting hung up trying to print to the kitchen? Dont really want to drop a couple hundred bucks on a network printer to replace a perfectly good USB printer… Is there a way to bypass the kitchen print so the orders just go to my kitchen display?

You can get a good network printer for less than that. I bought mine for $89