Is anyone else having the same problem? I am trying to lock down the system so that my staff cannot void items themselves. What I have created is a seperate entity screen for void items so that if one of my staff accidentally orders something, they then move this to a seperate void screen which I will then void later. However, by creating a seperate entity group called void with tables void 1, void 2 etc when I try to move the item the void entity screen is greyed out or if I add the void entities to the screen it places the item on the void screen but does not clear it from the table screen. Hope this makes sense 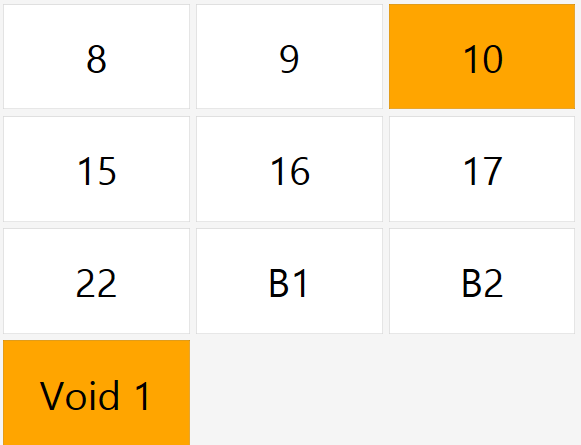 Did you see this tutorial? Such approach may better fit to your case.

You need to install at least 5.1.51 version Why we need logging? SambaPOS contains improved ticket logging system to improve security. Adding Admin PIN’s or limiting staff permissions is always a good choice but each permission adds a little complexity to workflow. Instead of limiting users keeping track of how certain features used might be a better solution. By using techniques demonstrated here you can track anything done inside tickets. In this tutorial we’ll keep tra…

I dont think ticket log will help him for what he plans.
The hotel used to try and have a similar system for staff to void (was even worse on there system as no calcel feature, once added to ticket void was only option).
What i think your best to do is have your VOID entities as table entity types but setup to have two entity screens for tables Tables and Voids then select onlt tables for the tables screen and only void entities for the void screen.

In theory your flow should be;
You have a ticket on Table 1 from which you want to void an order.
Select items you wish to void -->
Click a Move Orders (creates a new ticket with those orders in but still under Table 1)
Click ‘Voids’ entity screen (Tables & Voids) tabs will show at the top in the tables entitys sections.
Select the VOID entity
Clsoe ticket

if I were doing this I would add an update ticket tag action Tag Name= Void Reason, Tage Value=[?Void Reason] in a new rule of Entity Selected with constraints of Entity Type is Tables and Entity Name contains VOID

He wants to void them himself and not allow staff to void however if they cant void and there is a mistake with submitted order they cannot fix if manager not nearby.
We tried that at the hotel but was more hastle than it was worth and that was only because the current system only has one ‘admin pin’ which covers void, refund and no sale and was only option.

There are much better ways to achive better flow in samba but guess if thats the way he wants to do it.

Know what your saying, like I said we only used that stype for short period after a speight of cash being down a few times but it didnt last.
better methods in samba

JTRTech I am open to any ideas. If you could give me an example of something that would achieve this more efficiently then that would be great

its not a case of achiving that more quickly but that there are better systems open to us.

What exactly if your reason for wanting that method, what are you mainly to protect against?

What can be done with pretty much any POS system is that your staff print the bill for the customer, the customer pays the full amount, and then the staff unlock the ticket and void some items and reprint the bill at a lessert amount and pocket the difference.

If they can just move to another ticket for someone else to void that’s no different to letting them void themselves as Void is a state shown on the report and you should fairly easily be able to break that down to a per user basis.

You could couple that with some form of ‘reason’ question and depending on your version log the events.
If V4 the way I’ve seen allot do it is with add line to text file as a log of any actions requiring detailed monitoring.
V5 has a built in ability to have a ticket log of virtually every action that happens.

Personally I usually opt for pin confirmation on restricted access so the button is still there but if unauth user presses they are asked for admin pin which in case of my systems is using RFID fobs so without logging them out like you would have to with button mapping to user role you they can select the order press void and then get the supervisor to swipe.

My policy is there should be manager onsite at all times. I would not leave someone I didn’t trust to void an order on there own!

That is what I am attempting to do.
Basically if one of my staff makes a mistake on for example table 4, they move the item to a seperate entity screen called void and entity Void 4. This item will hang around on that entity till the end of the night when I will go through all of the void items and ask what happened and then void it with my admin pass. Hope this makes sense

It makes sence yes, if that’s how you want to do it that’s up to you.

As I said the easiest way would be to;
Duplicate your tables entity screen (right click and clone)
Change your current tables entity screen to have fixed list of tables by selecting them on the page where you can set display state and filter state.
Call it tables.
Create your void entities as tables entity type but give them names of void 1 void 2 etc
The new entity screen do the same as the tables but only select the void X tables.

By having them both use table entity type you can only have one of a type selected when you click move the order it will move the selected to a new ticket under the same table number.
Click change table, select void table entity screen to show the void X etc tables and select one.
In selecting the void table the origional table number will be replaced.

Done thanks for the detailed description