Since many (like myself) may have a difficult time wading through the Features and Licensing requirements for the latest Microsoft Server OS Editions, I would like to throw the question out there…

Which is the latest, least-expensive, most-basic Edition of the MS Server OS Family that is required for SambaPOS v4 with different setups, such as:

Which Edition would be your preference, and why?

My recommendation is Windows Server 2012 Essentials edition. It supports up to 25 concurrent users.

You can still buy the OEM version yes. You do not get a box with any literature… that is the only difference. You just get a DVD/CD and a key.

Few more specifics. I was wrong with only difference here are a few others. Its nothing major however.

You might want to follow the developer preview of Server 2010. Microsoft typically offers a very short time window that you can pre-purchase the full retail version at a drastically reduced price if you were part of the Preview. I have done this with windows 7 and windows 8 the last few years. I got full Windows 8 professional retail boxed copy direct from microsoft store for $29 due to this. The time window is usually 1 month so you got to catch it quick.

The Essentials Edition shows that the Remote Desktop Services (RDS/RDP) connection is Gateway Only. Do you know what this means? In terms of using SambaPOS with RDP clients, would it make any difference?

It only supports 2 active sessions. You need Standard edition for more than 2.

Ideally the best way to set up a robust RDP system is with 2 servers. 1 DC and 1 to run RDS. This allows you to use a nice Server Manager GUI for administrating the RDS.

So that isn’t ideal for SambaPOS with many non-MS Tablets since RDP is the only way they can interact. Not to mention Essentials OEM is 386.95 and Standard OEM is 694.86 … yikes!

Is this why you tend to recommend getting MS Surface Pro Tablets (or similar Windows non-RT devices) and installing SambaPOS on the Tablets as Terminals connecting to the Server DB?

Yes its less expensive… RDP can be the more redundant system as network slowdown is different with RDP vs Natively using it with Wireless connecting to the DB. However with a proper network setup it works and it works really well and is cheaper.

The best setup eventually would be running multiple databases that can sync to one master. I know this is not possible right now but that would be an awesome feature if someone could configure that.

Just brainstorming it the client Databases would not have to store Everything it would mostly just need production info like orders, tickets, etc… it could get its setup info from a master database… I do not know if thats even possible but it sounds interesting.

Honestly though the way I see it… the Cost of installing a robust POS system that can do what SambaPOS can do typically is well over $3000 or more just for the software… or you pay monthly $45-200. This cost can be spent building a nice infrastructure for SambaPOS. You will end up with a VERY robust and capable system for less.

Now I know a lot of people use SambaPOS because they can not afford the expensive setups. However just like how flexible the software itself is… this is flexible as well. You do not have to do it if you feel you can not afford it and it will run just fine.

I agree… I was just thinking myself: SambaPOS is FREE, so you would be well-served to spend your money on proper infrastructure and hardware.

I agree… I was just thinking myself: SambaPOS is FREE, so you would be well-served to spend your money on proper infrastructure and hardware.

Yes and just think the power of SambaPOS is really unleashed if you do this. You really can build a system that rivals custom systems from big box retailers and food chains for less. Eventually it could offer more services and actually out perform some of these systems. The power of community can be awesome.

My personal setup right now is just a single PC. I built a quick system and am using it live. But I am building my more complex system with time clock etc and when I go live with it I will be investing heavily in infrastructure. I plan to invest in Windows Server 10 when its released as I am testing the developer release now and really liking it. I will not be using RDP but when I start shopping for hardware etc I will share with you guys my setup with pictures when it is finished.

Windows 10 including Server 2010 will be a huge jump for Microsoft and really the entire industry. It will be the same across Windows Phones, Tablets, PC,s and any other connected devices. There will not be separate operating systems. To me this can be huge for businesses and I am watching it closely.

Any reason you foresee that would not allow for installation of Server 2008 R2 Essentials on a mini-PC such as an Intel NUC or Asus VivoPC or similar?

Just need to look into its support. Sometimes essentials does not support specific CPU, Ram, or other various circuitry.

Yes sorry I will fix it… its not 2010 its 10… LOL thanks for that Due out in 2015. Consumer preview for Windows 10 is due out soon. Both developer previews for Server 10 and Windows 10 are out now I am using both and loving every minute of it. Windows 10 is really nice in my opinion the best OS I have seen from them. They really seemed to listen this time.

They are enhancing almost everything even small things like their CMD interface is being upgraded.

Hello Kendash,
I have Server hp proliant ml310e gen8 v2, running windows server 2008 r2
How Can I install SambaPos4 with all features (RDP1, RDP2, RDP3…, 3 terminales…)
NB: Server Have A raid Control
Thank You For Your Support

Your going to have to purchase windows 2008 r2 terminal service cals in order to use multiple rdp connections at the same time… Server 2008 r2 comes out of the box with the ability to only have two simultaneous users remote in at the same time. If anyone else needs to be connected it has to have user or device cals. They are not cheap tho… http://m.newegg.com/Product/index?itemnumber=N82E16832416834

Server 2012 device CAL’s are around $159 per CAL if purchased from Microsoft store. That is the price for just the CAL not the actual Server software.

Buy Windows 10, the latest version of Windows for Home, Students, or Business at the official Microsoft Store. Download Windows 10 now for PC or Mac.

Here is a newegg link to a 5pack. 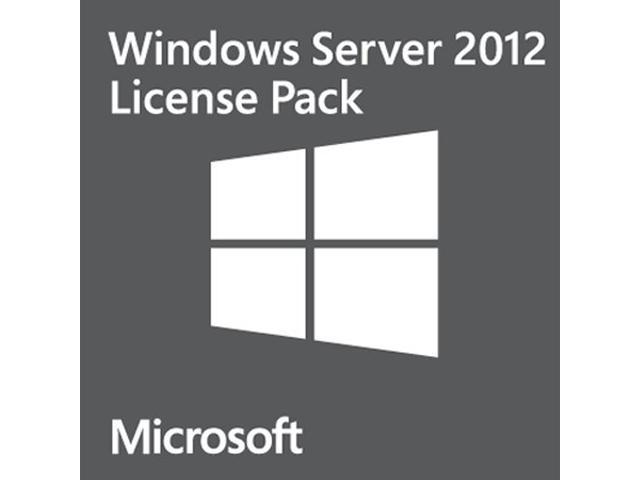 Buy Windows 10, the latest version of Windows for Home, Students, or Business at the official Microsoft Store. Download Windows 10 now for PC or Mac.

@antasp3136 what you linked was not RDP CAL’s it was Server 2008 R2 with 5 CALS the CAL’s listed there are just regular Client Access CAL’s not RDP.