The New idea to facilitate this:

I would like to be able to run conditional check when we are about to end a Work Period… even something as simple as Ask Question Action, and if the User selects “No”, we don’t End the Work Period and instead take them back to the POS/Ticket or a Custom Entity Screen.

So you want user to confirm work period end?

I was planning something called Work Period Actions. That will display automation command buttons on that screen and only allow work period closing after clicking all of them. You can think it like a check list. Can it be solved with something like that?

It would be nice if we could automate the checklist, and prevent Work Period End… similar to the way it already is for Open Tickets. So we could have other messages indicating that something needs to be done before the Work Period can be Ended.

My first idea was a simple Question on Work Period Ending Event: “Are you sure you completed Inventory Transactions? Yes/No” If they answer No, redirect to Entity Screen.

Either the User can confirm this, or even better, we automatically check our conditions and prevent Closing.

I use an HTML Widget for Inventory, but possibly with Scripting Actions, I can set a flag in Program Settings from Javascript to indicate that there are Inventory and Account Transactions still Pending, so they can’t close the WorkPeriod.

While we are talking almost specifically about TimeClock (Employee Entity) at this time, I too have custom Entity screens containing HTML Widgets that control my Inventory directly (Supplier Entity and Warehouses), among other things. In the case of the Supplier, I don’t really care about the Entity (for my current purposes); it just makes sense to put the HTML on that type of screen.

The Entity Screen is a powerful feature and a great way to customize what you see, so I can understand why we shouldn’t need to duplicate it.

So what do we need to work within the current infrastructure?

We need access to these features after User Login, so that we can go directly to the Navigation Widget that is located on the Custom Operations Entity Screen, and bypass the regular Navigation Screen. That would suffice for TimeClock.

Personally, I would like to attempt to keep the User disconnected from the Employee Entity, simply because I don’t want, nor need all of my Employees to Login. The Manager User can Login, and the Employee Entities can ClockIn/Out under the same login. All this Login/Logout for a small operation is unnecessary. But I can understand reasons to be able to check both User permission and the Entity “permission” (custom data field) and the Entity State.

As I continue to re-read and edit what I just posted, and think about it more, I think this may be the most important thing here:

Buttons that are mapped to Navigation Actions.

So people agrees to implement custom main menu button for all screens? We have to click somewhere to be able to go back… I have to put it somewhere.

If we have a Navigation Button Widget that we put on an Entity Screen, there would be no need for Main Menu, because the Entity Screen (with the Navigation Widget) contains the functionality of the Main Menu.

We have to click somewhere to be able to go back… I have to put it somewhere.

If the Entity Screen contains the functionality of Menu Menu, why would we need it? Where do we need “to go back to”?

When we click TimeClock, it takes us to another Entity Screen, and when we click Close (Automation Command) on that TimeClock Screen, it brings us back to this screen. This screen supplants the original Main Menu (Navigation) Screen. 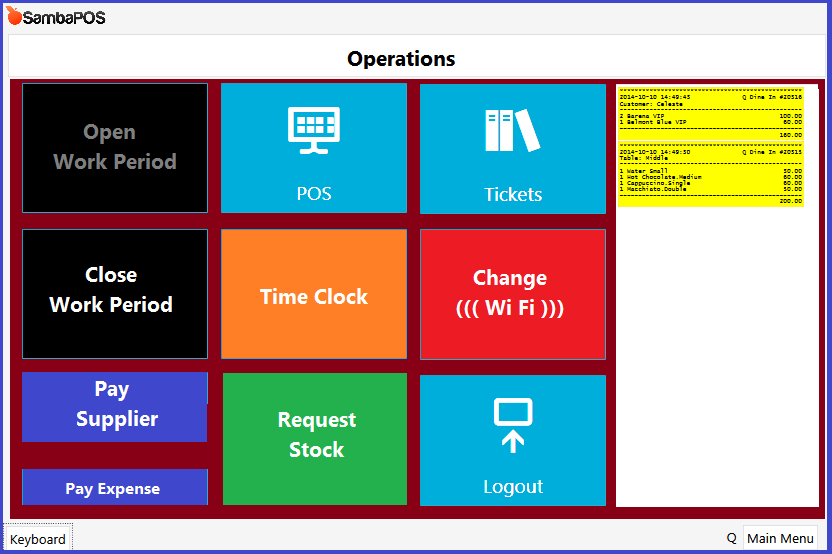 If the Navigation Button Widget has the functionality that I think it could have, I personally would have no need for Main Menu.

@emre, I like the idea of removing the Work Period Navigation and using separate Automation Command buttons so that we can run checks on States before we decide to Open or Close.

Login could take the user straight to Entity Screen with Operations, like the following…

By default it can come with a navigation screen setup exactly like it is now so it would not impact anyone not looking to go the custom route or novice users just learning it. 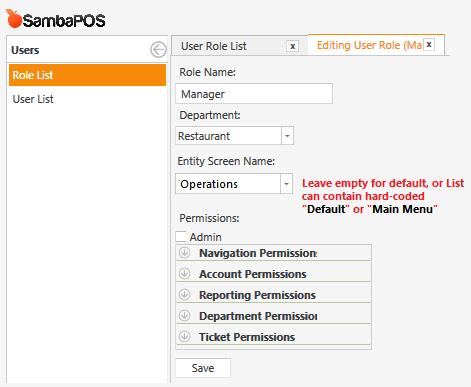 Personally, I would like to attempt to keep the User disconnected from the Employee Entity, simply because I don’t want, nor need all of my Employees to Login. The Manager User can Login, and the Employee Entities can ClockIn/Out under the same login. All this Login/Logout for a small operation is unnecessary. But I can understand reasons to be able to check both User permission and the Entity “permission” (custom data field) and the Entity State.

Contrary to how I have built my Time Clock I will say I agree. The only reason I build mine to tie them to users is for specific TimeTrex integration issues that so far I can only solve with this method. I will revisit it since a lot has recently changed I would love to just use Entities for entire process and maintain my TimeTrex integration as well.

That said I can not add much to what @QMcKay has suggested other than I agree with it and something along those lines would work great for me. 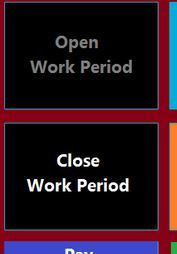 You can’t right now. When version 5 releases then you can. Some good news is because of this discussion version 5 has a wonderful new Navigation screen that is fully customizable. We are testing it right now in an invite only beta and it is getting very near release. There will be more announcements about it soon as it will be a very big release.

I think @QMcKay’s suggested of a custom main menu are really, thats definitely something that would be useful, as would the “checks” for ending working period and being able to abort it!

I think everything mentioned in this Topic has been done in V5 already, including control over the Workperiod.

You would have to do that yourself by editing the source code. However this forum is for V4 and V5 only, there is no support here for V3 you need to go to sambapos.org