No Void, but remove item?

I have 3 people taking orders on an handheld. After they have taken the order, it is closed and can’t be changed unless you do void. Happens a lot that people changes their drinks, and I don’t want so many voids in my books. How can I change that the status of order rules isn’t changed to submitted? I want to do that manualy at the counter, when the drinks are served, not when ordered. So to give you a idea:

(Can you point me to the right directio where to buy a v5 License?, cant figure it out anywhere)

Can you point me to the right directio where to buy a v5 License?

As for the other part.
NO you cannot, just because you dont set the state to submitted will NOT mean you can cancel the order like you would on a new order on a ticket that has not been closed yet.

You could make an alternative gift state flow so that it isnt called void but the order WILL still be in the database.

With some customization you could in theory exclude the state from being reported but they will still be in the database.
Once the ticket has been closed you cannot cancel an order so that it is removed from the database if thats what your asking.

How can I exclude them from the reports? Is this easier in v5?

Its not something Ive tried and you may not get much support on it as questions like this usually raise the question of tax avoision (not saying you are) which is definatly not supported on the forum.

You can set is a state is included in work period report in the state settings HOWEVER as gift/void is a separate state to submitted you report may not be coherent as submitted will still be reported.

As I said this is not something I have done or plan to do and you may get limited support on a request like that.

Voids are an acceptable thing in normal business, without suggesting your are up to no good a concern about them being reporting might suggest a guilty consonance.
Alternatives might be better staff training to reduce the need for voids.
Or additional terminal/improved work flow to reduce the need to close the ticket before the customer can change their mind… surly once the drinks are served or food preparation began they are committed to that purchase?

Or additional terminal/improved work flow to reduce the need to close the ticket before the customer can change their mind… surly once the drinks are served or food preparation began they are committed to that purchase?

They are commited once served, but when they took another order, and the previous table changed his mind, they can still change.As the ticket has been closed, but the drinks haven’t been served, the order hasn’t been submitted yet (Technicly).

It is submitted when served. But You are right to say it is sensitive to fraud with taxes.

When we say submitted we mean input to database.
The state submitted usually reflects this but is not directly connected.
Once in the database it cannot be removed like when you cancel ‘unsubmitted’ orders.

I see. To exclude a so called “gift” in the report, how can I customize a report? 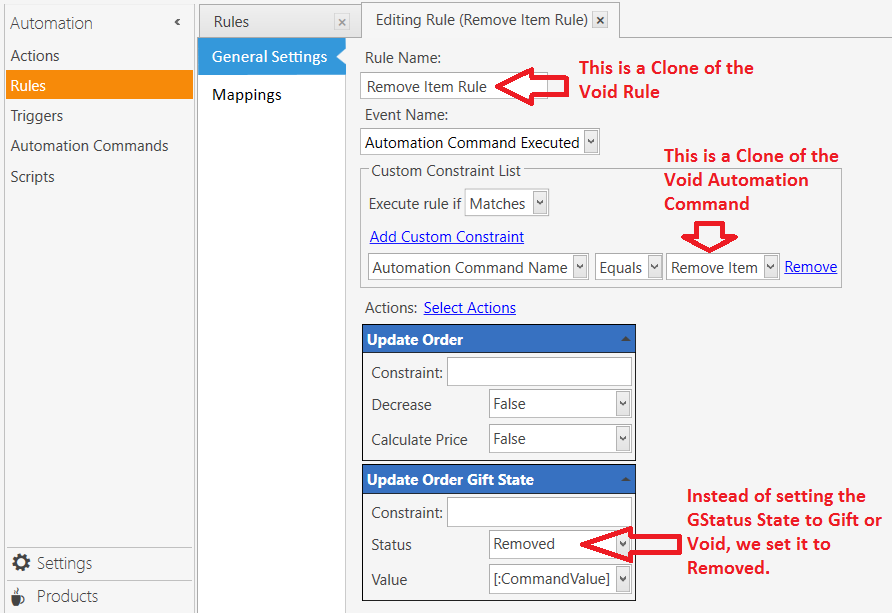 When you want your Report to exclude those orders, you filter it on GStatus != Removed

Ok, thanks, for your quick reply! i’ll try it tonight.

Youll probably want to define a state format for those orders as void has a build in format i believe.
Somehting like this could pretty much hide from ticket screen; 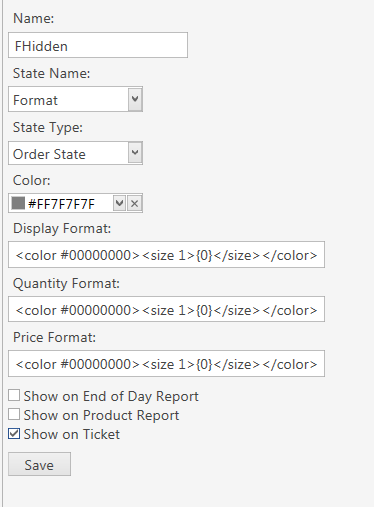 Or something similar to default void format; 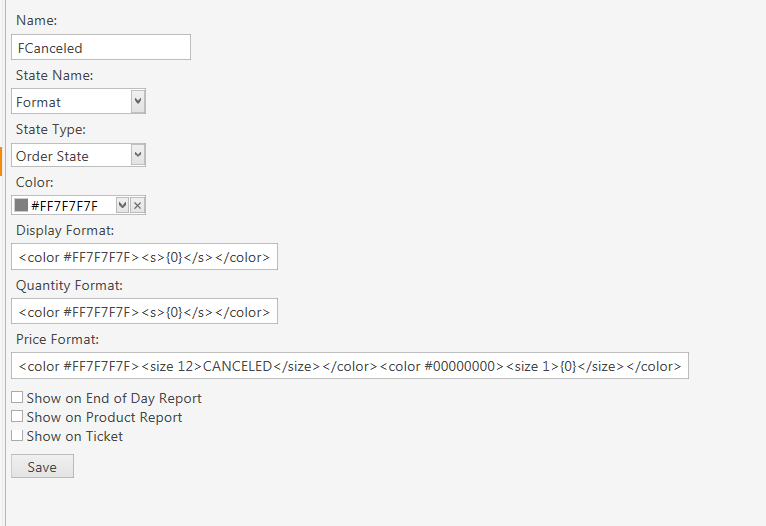 You would obviously need to change state settings to suite; 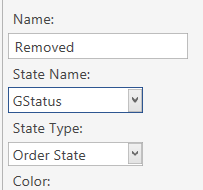 Got it, Thaks for your quick reply!