This may be something related specifically to my db because of how I am handling ticket types and states, but my kitchen screen is no longer staying on the screen when i press order ready on a ticket. It is immediately going back to the Ticket View.

I have looked around at my rules and I have a couple that may be causing it but I am not sure because I do not know what action is causing the screen to switch back to Ticket View.

I would prefer to use the Ticket View button I created to go back and the default behavior should be it stays on the Custom Entity screen unless I press that button.

@Emre you may need to take a look at it. I really do not know where to start to figure out why its auto switching. As far as I can tell I do not have a Display Ticket 0 set to auto fire.

Will you configure both kitchen screen and sale screen on same terminal? When you have a department that’s Ticket Creation Method is Create Ticket Closing a ticket (via action or button) will immediately come back to Ticket Screen. Try viewing a ticket from ticket explorer and closing ticket will do the same thing.

Let me give an example. 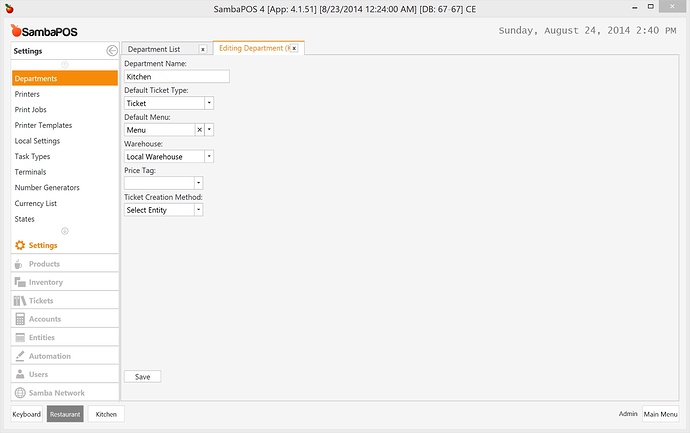 I’ll map all entity screens other than kitchen screen to Restaurant department. 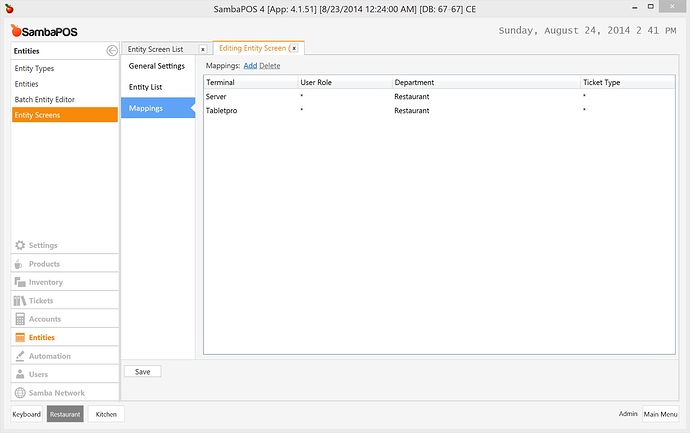 Kitchen Screen will remain as is… I don’t map it to Kitchen department not to break functionality for Kitchen Button on ticket screen. You can configure mapping as you like. 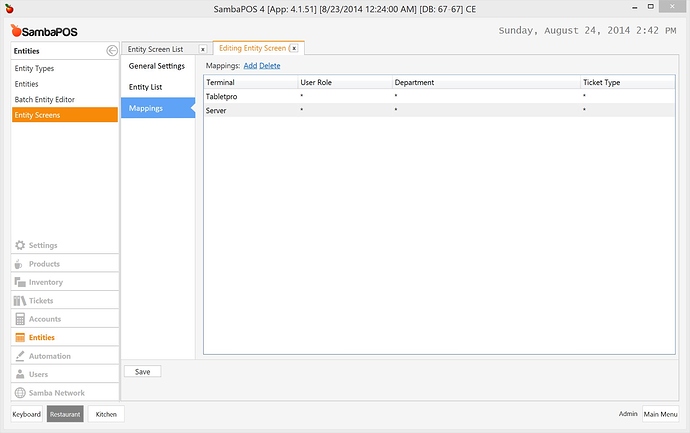 When I log off, log-in I’ll see two buttons under screen. 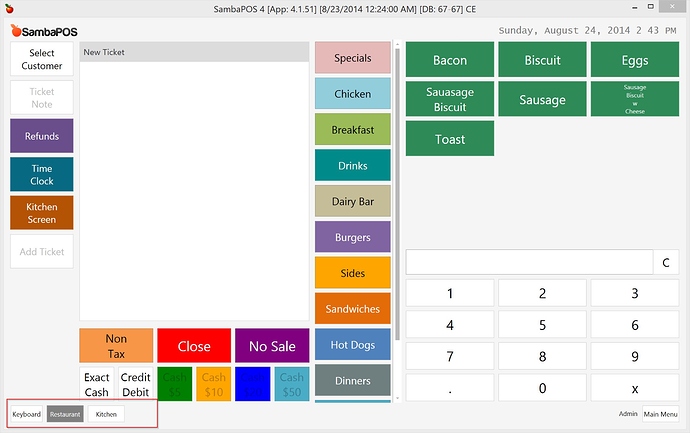 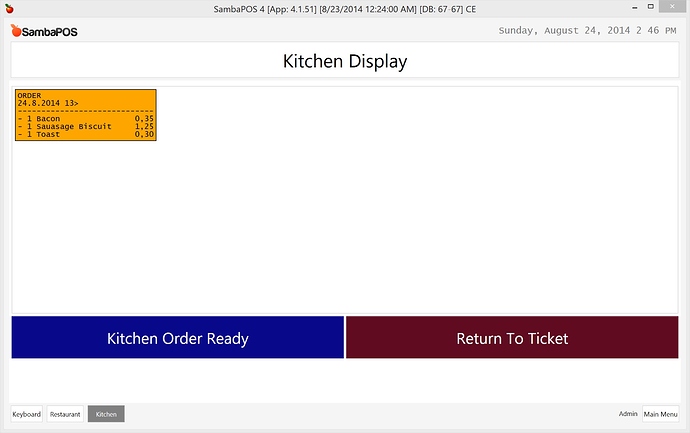 That will work under a separate department and you can have separate rules for each department.

By using user accounts and role permissions you can configure which user will login to which department and what departments he can navigate to.

We may think about Return to Ticket button here. Instead of that button clicking to Restaurant department may be better.

You are absolutely correct. I get caught up in building this that I sometimes do not think about the actual work flow I just want to fix something haha.

That makes a lot of sense.

I will want the Kitchen Terminal to have access to create a ticket initially. Rarely they may answer the phone and take an order. I do not want to break this ability when I install the POS.

I do want to phase that practice out but I do want the POS integration to be smooth and as little actual business flow change as possible initially so as to not confused my employees.

I implemented this and thinking about it. This is exactly how it should be setup. Thank you @emre.

Great! I believe you’ll love it more when you start using it on production