Ok I can not figure this one out. I will just show you.

I created an order and added an entity to it and hit close before payment. It shows in my Unpaid screen like it should. 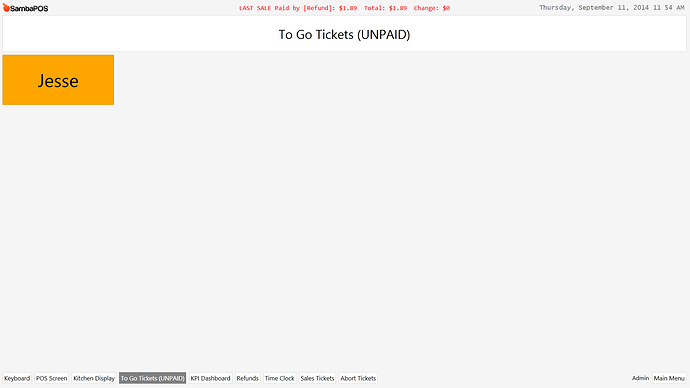 Here is the ticket when I open it. Again everything is fine. I can close it and reopen it and it will show in Unpaid screen until I process payment which is expected. 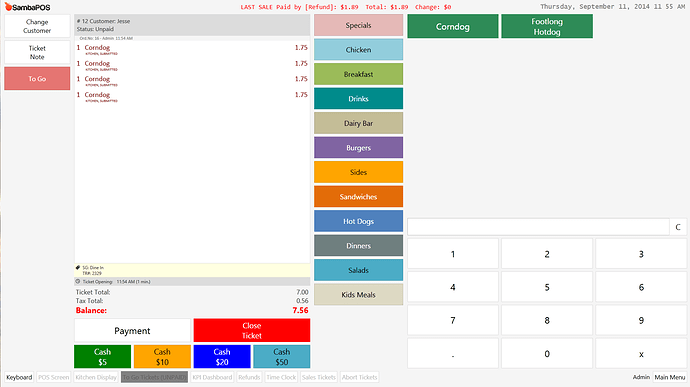 Now If I run it through a refund to refund an item. Everything looks good. It did not change state from Unpaid. It only changed an order state on the order that was refunded. 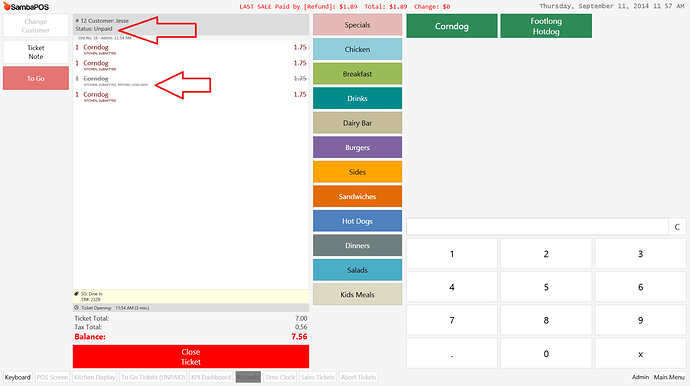 Now it does not show in the screen? 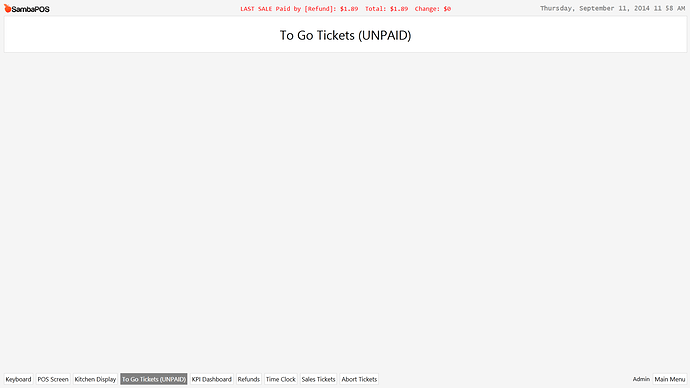 I go to Ticket Explorer to make sure it did not mess with Ticket State. 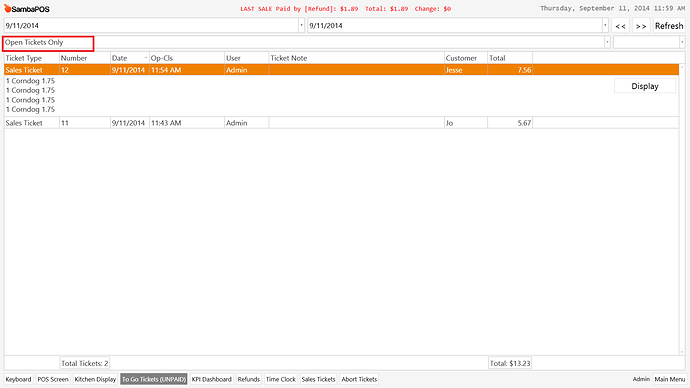 I open Ticket to check everything and it all looks good. State is still Unpaid. I check rules and the only thing done to ticket is it was cloned into a new ticket but this ticket is left unchanged. 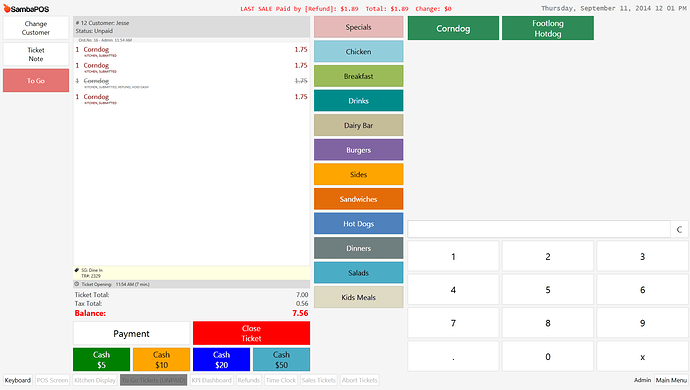 If the Ticket State is still Unpaid shouldnt it show up in the Unpaid screen still. As far as I can tell the ONLY thing that changed on the ticket is the Order State Refund and Void was added to a single order.

Just to be clear I would not use this method for open tickets I would use just void button. The reason being my refund system is designed for closed finalized tickets and keeps sales as Gross Sales. An open ticket would need price adjusted.
Furthermore I will be disabling the ability to perform a reverse transaction refund on an open ticket

However I am curious why this is behaving this way. I was under the impression if Ticket State is Unpaid it should still show the ticket in my screen. Or is it pulling more data than just Unpaid Ticket state to determine this?

That screen does not list unpaid tickets. It lists Entities (Customers) that have a specific entity state. (eg. New Orders) It seems entity state for Customer Jesse changes as you do that.

Ok I will look into that. Thanks this cleared up a lot.

EDIT: I cannot find where the Entity State was changed. The only rule that causes the behavior is the Clone Ticket rule but there are no update Entity State actions in there. Unless Clone Ticket fires off some other rules that I am not aware of.

Not sure how I could test this to find out what its changing too.