Was just wondering if there is a way to disable the full screen mode for a samba instance?
It would be handy if on say a back office PC where samba will not be running as sole purpose that it loads into windowed mode.

You can just double click logo to take it to windowed…

You can just double click logo to take it to windowed…

I know about that but would be nice to have an option to just stay in windows mode from the beginning for ‘office PCs’ where full screen is never wanted.

Oh I see. I understand what your asking. Personally I never really found a double click to be troublesome.

I know its not a big hassle double clicking on the logo but if it were not a big job to add an option in Local Settings --> Display with validate exit and window scaling etc. would be a nice touch for general users wanting most convenient options when using in backoffice/non EPOS machine.

if the office PC has windows 10… you could just open a separate desktop for it. 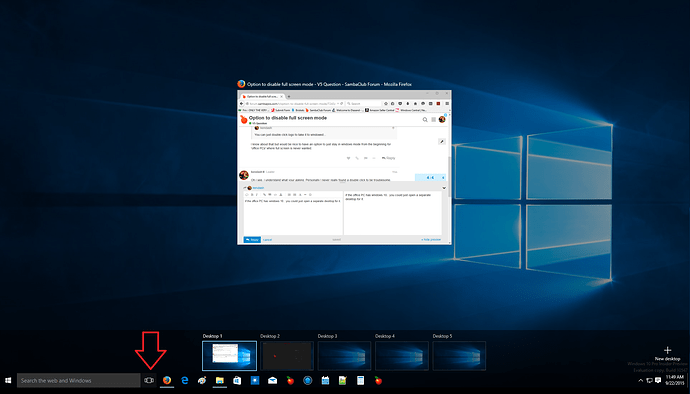 I wanted the feature to open in windowed mode quite some time ago, but never actually asked for it. Even a command-line switch in the shortcut would suffice. I did try modifying the shortcut to set it to “minimized”, but it seems SambaPOS ignores this.

I have gotten used to not having the ability to open windowed, but it would still be a nice feature to have.

I have done this before with a few APP’s using a command line invoke on launch like this:
“C:\Program Files (x86)\SambaPOS5\Samba.Presentation.exe -win”

Of course this would have to be coded first and also be an available function - just an idea.

I also would like the option for it to open directly to window mode, as @JTRTech suggests an option in Local settings woul be the most suitable I think.

I don’t want users to enable it from a local setting but having a secret command line parameter is possible. Try -windowed switch on next (.51) update.

Honestly if not requested by that much high reputation people I’d just ignore it.

I just tested this with the latest Dev release and it works great. It is not released yet but will be with 5.1.51. You edit your executable and add -windowed at end like this: 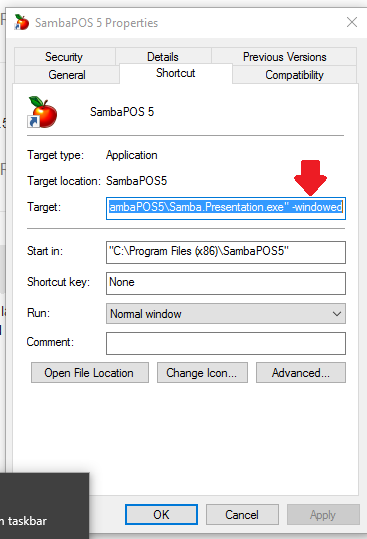