I have set my order number to print on tickets as described in this tutorial but it is working for the first time then the rest each terminal will print it’s own order number resulting in two same order numbers being printed. Is there a way to solve this? I have tried to read HERE but I am failing to follow up

Continuing the discussion from Order Number Update with Multiple POS:

Are you sure your using global program setting not local.
Does it increase as expected if you only use one terminal.

Yes, I am using {GLOBAL SETTING:ORDERNUMBER} and it’s updating correctly if I am using a single terminal. If I use two terminals the first ticket of the other terminal comes out correct then the next it will start incrementing on it’s own. 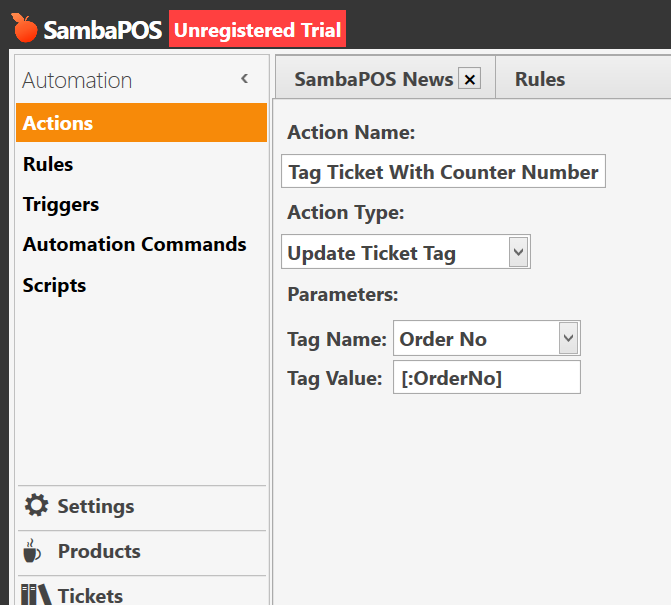 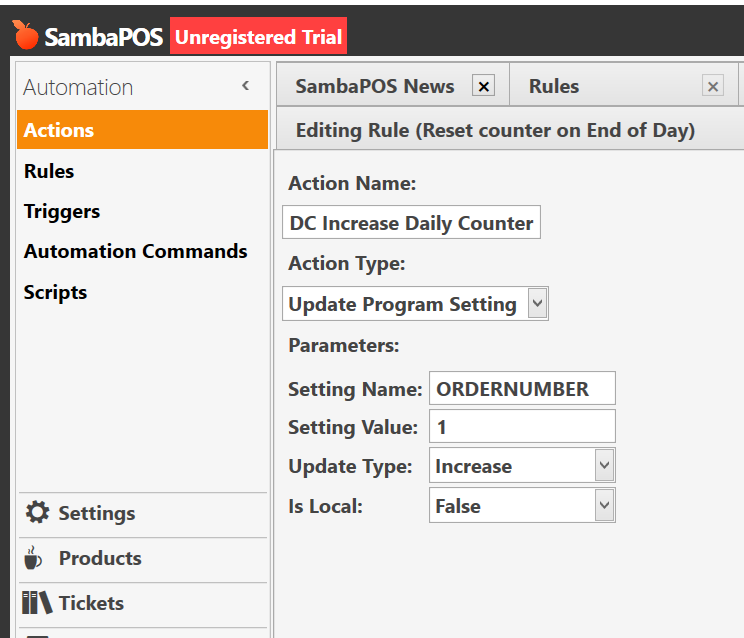 Check the program settings table in mssql manager and see if you can see anything to suggest a reason.

Thinking back I’m sure it was an issue with the increase option on that action and the solution was to just plain update any used a formula like
[=TN(’{GLOBAL SETTING:Order number}’)+1]

Let me try this and show you the results, I have never tried it.

It’s now not showing ORDER NUMBER on my ticket I think I messed up something.

Sounds like it.
Get rid of the update setting action using the increase option and make a new one which is update rather than increase with a formula type expression as shown before.
I’m positive this was an identified issue a while back on previous discussion about custom ticket/order counter and that was the solution if I remember corectly - that is to not use increase option

Thank you very much, I will go ahead and do that now.

It’s now working thanks a lot