To get around my “Close Ticket” from the Entity Serach Screen I could reinvent the Select Entity Default Button.

But can we order these buttons so the Custom Entity Button is on top? 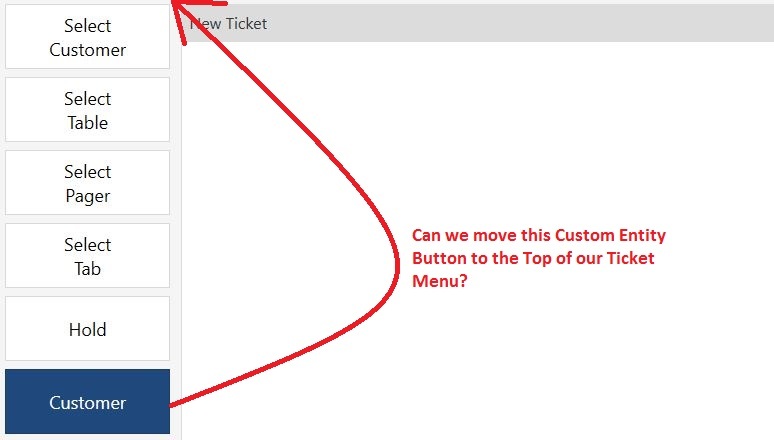 Right now you can’t those buttons are hard coded for that space.

Unless you rebuilt them all as auto commands??

Yes that was my intention but other buttons like HOLD still take precedence? Also used sort and sorted them to the top of the command list.

I actually assumed SORT command buttons would/should do this @emre?

What is HOLD?
There are other buttons like select entity which are hard coded based on mapping like ticket tags. Is that what hold is? If so this would need to be changed in to an automation command triggered flow instead aswell.

I actually assumed SORT command buttons would/should do this

It does do exactly that. That is what the Sort function is for.

No, HOLD has no precedence. That is not a built-in function; it is a custom Automation Command, so it can be moved as well.

The only buttons that cannot be moved are the Select/Change Entity buttons, and when mapped to Order-line, the +/- buttons.

so it can be moved as well.

I not so sure the HOLD button in my case is a Ticket Tag? Therefore thinking as “future proofing” anything I use that is stock standard will make my priority buttons (Select Entity) drop below.

It all about not confusing the Users.

HOLD button in my case is a Ticket Tag?

In that case, you are correct, it cannot be moved. However, you could re-implement it so it is an AMC that invokes automation to Tag the Ticket, rather than using the Ticket Tag button itself, could you not?