Glad to be wrong…

What do you mean by page count? your using multiple pages of products? and your saying it is not sorting correctly on the pos screen?

This one, @kendash, this one: 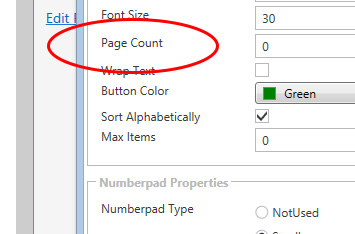 It seems to be working for me. Can you post a screenshot of your pos screen? page 0 does not exist btw.

Anyway, there are my screens to prove: 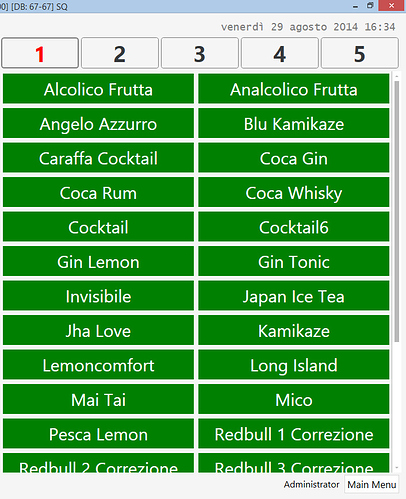 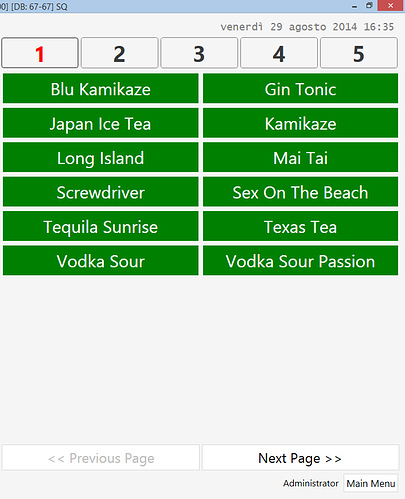 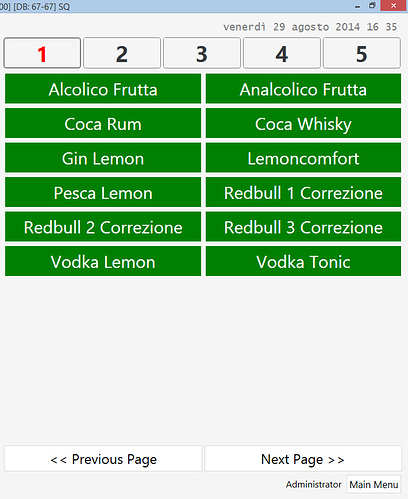 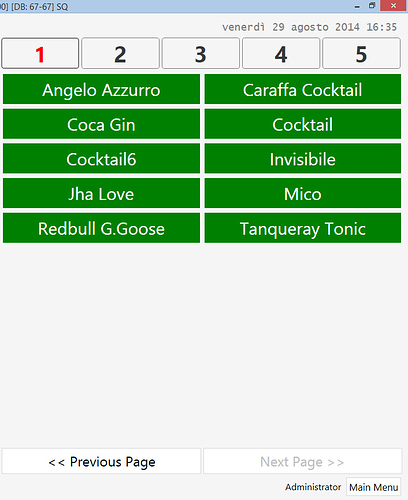 The screens you showed me are sorted alphabetically…

Are you kidding me?

In the first page I have “Blu kamikaze” instead of “Alcolico frutta” that I have instead in the 2nd page for not talking of “Angelo Azzurro” that is in the 3rd page.

Look at it… you set it to sort alphabetically to column because you defined column count… set that to 0 and it will work.

Also with this config and after reboot of Samba. The same. 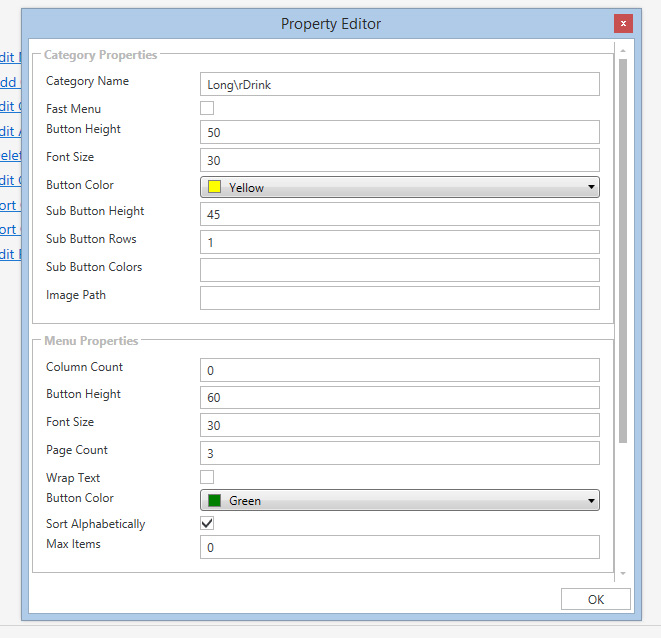 It works fine on mine. you must have another setting wrong somewhere. did you also change the Edit All Categories screen?

Yes. Also “Edit All Categories” is the same of single edit but nothing.

Ok I understand what it is now. You want it to sort it all alphabetically and then split it by page. To do that you would have to manually sort it alphabetically in your edit category products … and then it should split the pages how you want.

I have already done what you say and it is always the same.

Hmm I am not sure why it is doing it then. It seems to work fine for mine.

You have a private message.

Ok I have finally reproduced your issue. I am trying to see what is causing it but it seems to be eluding me.

Mine was sorting just fine with multiple pages and alphabetical checked… until I added a product named Cup of Wine .

All of the other products sorted alphabetically still except Cup of Wine… I am not sure what is unique about Cup of Wine that is making it not sort it correctly. You probably have items that are behaving the same way. Because in your screenshots… most of your stuff is alphabetical per page… it just seems it did not sort it alphabetically across all pages.

EDIT: Nope I was wrong that logic didnt fit after looking closer.

Sorry I guess I cannot help you. I tried., I am not requiring this feature so I am not going to spend anymore time trying to figure it out. Maybe @emre can look into it for you.