Database Tool Imports are TXT files that contain configuration information. In most cases, they contain Automation (Actions/Rules), and sometimes other elements like Entity Screens or Accounts elements.

The DB Tools listed in the link you show should work for SambaPOS V4 and V5.

You need to use the DB Tools Module to import the files into your system. This is a paid Add-on Module in V4, but is included for FREE in V5. 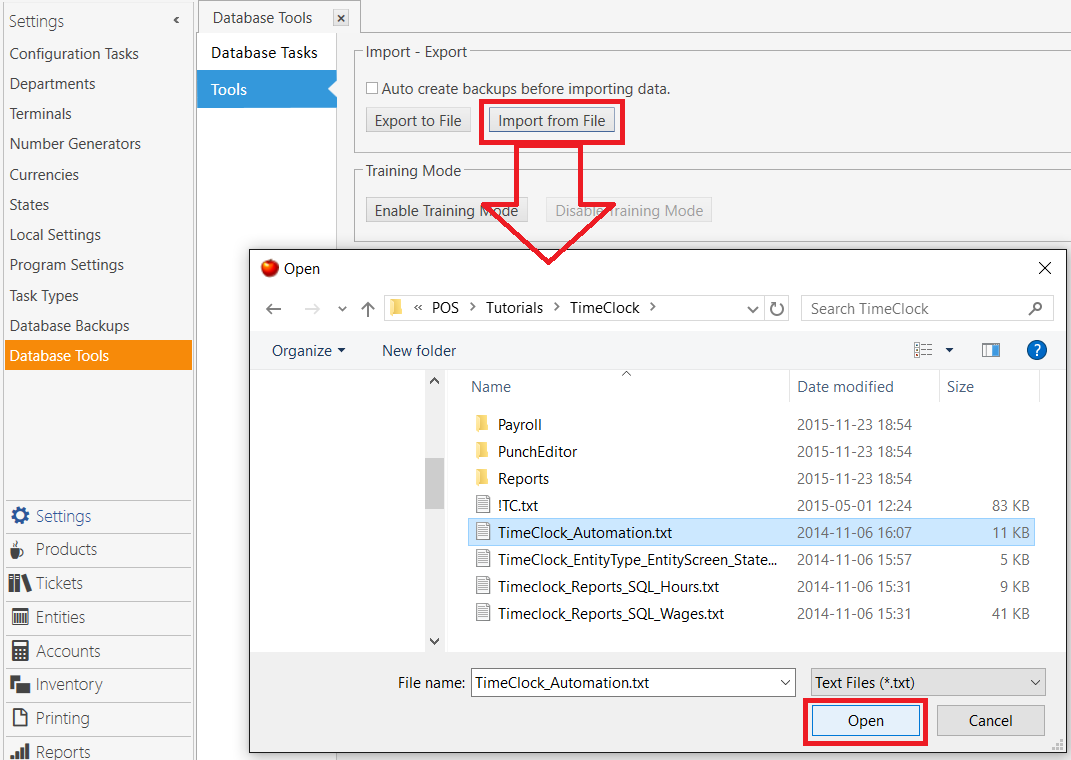 Thanks a lot QMckay, but another question which type of database will it work on. e.g Sql server or text, CE

but another question which type of database will it work on

Database tools are a predesessor to configeration tasks and should work regardles of database type as they are pretty much automaticly making the actions and rules etc.

PS I would look to switch if your using CE or text regardless, SQL Express or SQL LocalDB are much more superior

Thanks JTRTech, that was very helpful

I cannot say for sure, but I doubt very much that DB Tools will work with TXT.

I think they mostly work with CE, but I have seen some rare cases where they do not because of CE DB Datatype (string, char, float, int, etc) limitations that cause failure. CE also has other limitations, and eventually will cause slowness on your system as the DB size becomes larger.

You should be running SQL LocalDB (single-terminal), or SQL Express (multi-terminal).

thanks for the more detailed explanation