We haven’t got touch screens in our setup. We have assigned five digit codes to all items as barcodes. Waiter just types the codes and presses enter to select the product.
I have used Ask Question Action for portion selection. So when the waiter selects the product, system then asks for portion selection but that can’t be done with physical keyboard. He then have to select it with mouse. Its very time consuming to use mouse to select portion for every order after typing the code. Is there any way we can select the product portion using keyboard. 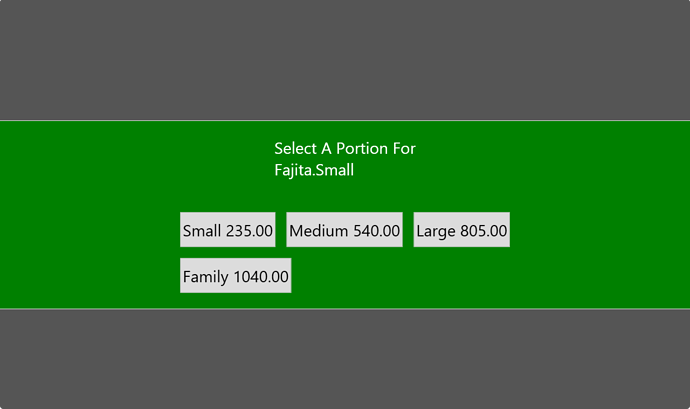 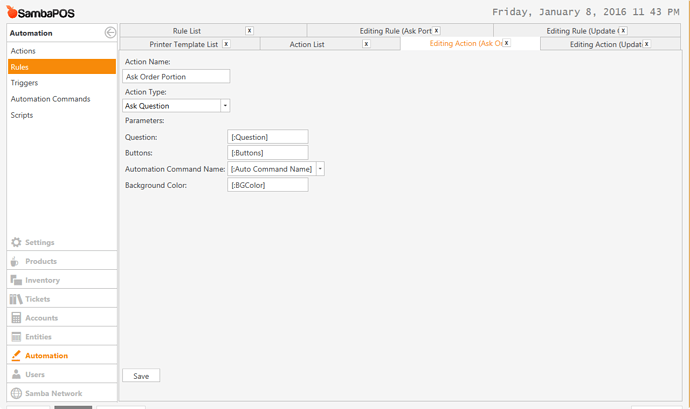 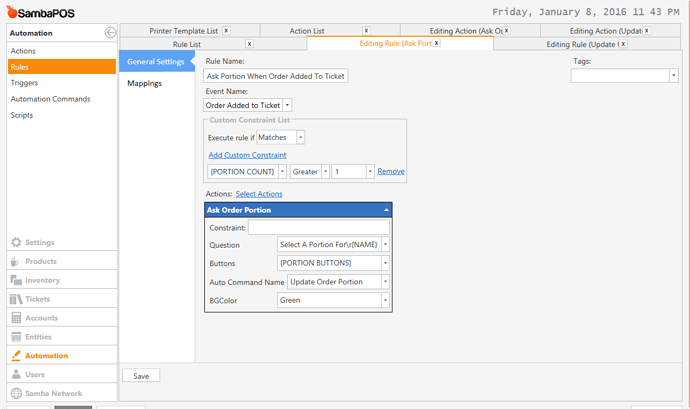 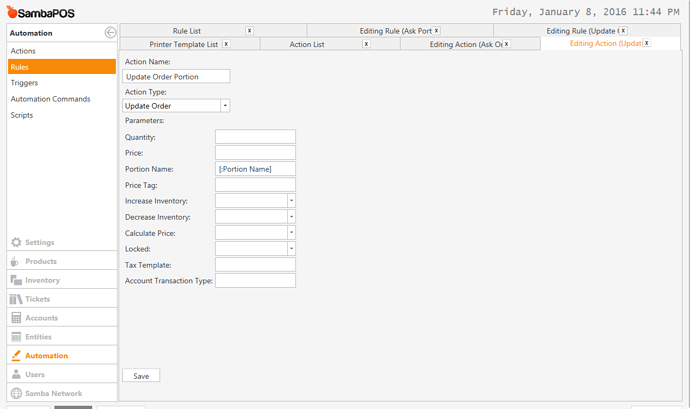 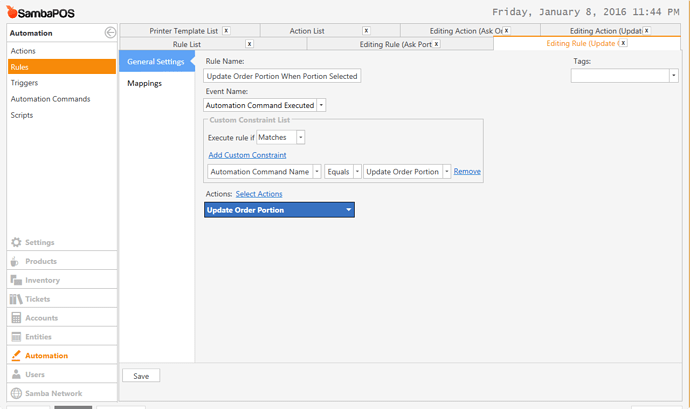 {PORTION BUTTONS} is that a real working tag??? Never seen that one LOL When was that added, v4???

Anyway @eminentcoder are all your portions the same name? (Small, medium Large, Family)

Long time ago in v4. Think it was before you came around

I’ll be honest I’m trying to understand but I’ve never really found using a mouse to be that much slower than pressing a key. However maybe it is for your setup.

Currently there is not a way to link those buttons to keyboard. Most of the industry moved to touch years ago.

They don’t have to be same because the tag reads them and builds buttons.

They don’t have to be same because the tag reads them and builds buttons.

I get that, but have a simple solution if they were the same,
Numberpad entered rule with 4 update portion action with portion set in turn and constraints of numberpad = 1 / 2 / 3 / 4
Would give you the ability to set the portion with the keyboard.

If they are not the same I have an idea for a script which would evaluate the possible portions and return them based on array index of input value (numberpad) minus 1 which would give you the corresponding portion name.
1 = 1-1 = 0 = First portion…

But then not sure on V4 scriptability…

V4 does not support any scripts.

I did say wasn’t sure on script abilities.

But saw the scripts option in automation on screenshot…

Scripts in v4 were something else entirely.

Script works in v5 though

Although would probably want a way to handle if invalid number input.

If portion names are similar on all products wouldn’t be so bad.
If they are all different probably doable with a lot of rules.
Maybe time to look to upgrade @eminentcoder

If they are all different and decide to upgrade a script like this should do the job with a fairly basic numberpad rule.

Might need some tweeking as have only tested the return response but returns the portion name of eg 1st portion.

Or scrap portions all together, and have different products setup as different portions which you can then assign a barcode to

First 5 digits of barcode are the same, the last digit is the portion size and will add that product

I dont have one, it was just a thought whilst reading

Wow, So many replies that soon.
We are definitely going to upgrade to V5 soon. I have installed SambaPOS V.4 in just the Dine - In sections in all of our three branches, but our staff is continuously asking me to make the portion selection via keyboard.

@JRTech, Our portions are not the same. So that option isn’t going to work for me.
And also making the portions as products and assigning them different codes isn’t a solution for us either as RickH mentioned.

All I was thinking about till now was to create lot of rules for all products as my final bet. But as @JRTech pointed to using scripts in V5. That’s interesting.
I haven’t read about scripts in Samba yet. What type of scripting that is Sql script / JScript …

Thanks a lot to all for this nice help. I am gonna study the scripting feature in samba forum and then will give it a try in the unregistered V.5 version. And will come back soon here to ask for more help if needed.

Is there any specific reason for not using a touch screen monitor?

Because we just replaced our old pc’s with laptops due to too much power failure here in Pakistan and we didn’t consider touch screen’s at that time. So if I couldn’t do it using keyboard then I will consider buying touch screens for our Take - Away departs which need very fast procedure.