These screenshots were taken 1-2 minutes apart. 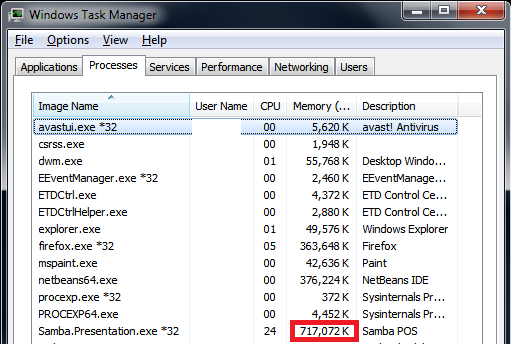 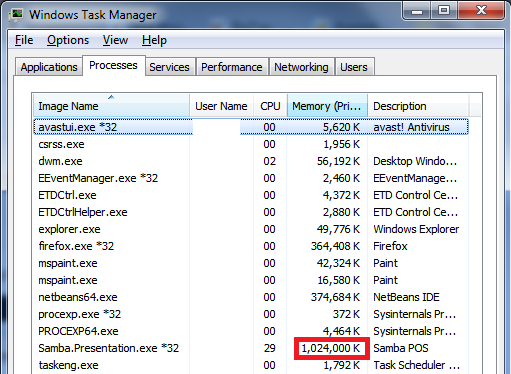 I can confirm memory usage is increasing with every operation. I also tested repeated presses of an automation command and the memory grew indefinitely. I am running windows 10 dev preview so mine is not as relevant but it would be similar to windows 8.1 Running SQL Expresss 2014 here.

@QMcKay it is too hard to guess something from task list… Can you please install process explorer to understand what it does atm?

@kendash increasing memory usage is normal for repeated operations. .net uses garbage collector mechanism to free up unused memory when it can…

I learn something new every day. Thanks for clearing that up.

I actually have that installed… if I see this occur again, is there something specific you want to see from PE?

At the time this occurred, I wasn’t doing anything major inside the program. I had it in Window-mode and was resizing the window as well as scrolling through Menu Categories to take some screenshots. It became unresponsive and I couldn’t even capture the window with Alt-PrtSc so I opened Task Manager and noticed this. I should have looked at PE instead…