I use Ricks tutorial for being able to suspend transactions so more than one person can use each till when a fob is swiped. If someone is using the till another person can come along, suspend the transaction by using their fob and refob to bring up the POS screen with their username as the entity.

My goal is to make our system work like ICR Touch and instead of logging out it stays on the POS screen. When a staff member swipes their fob it selects their staff name entity and if another fob is presented it holds that order, closes the ticket and allows another staff to fob on. Is there any way of preventing users using the POS screen without first swiping their fobs to assign their staff entity to the ticket? The logging out to pin screen creates a bit of a delay in a nightclub environment.

And specifically make it your cashier entity, { ENTITY NAME:Cashier } is not null

Then change the suspend rule, if it currently logs the user out for another to login then remove the logout action and just have thebclose ticket action. That will reset the screen for the next cashier to assign their entity which will then allow orders to be added

You could also setup a rule that on ticket close a keypad appears so the cashier can just swipe in straight away, that will assign that cashier entity to the ticket straight away allowing orders to be added

Are you using users as well as entities or a single login?

Thank you both. I’ve users and entities set up but ideally if I can get this to work i’d just have one login and the staff as entities.

I’ve tried {ENTITY NAME:Staff} is not null in the default order added to ticket rule but it still lets me add products without the entity being selected

Rick a keypad appearing would be amazing! Are there any tutorials on the forum as to how to bring up a keypad for the staff to swipe their fob? Thank you so much

You would add a change ticket entity action to the close ticket rule and I assume you have a field with a staff number or card number?

So in the add ticket entity action there’s a search data field I think so in there you put [?Swipe Card to Login;;;OCN]

That will bring the keypad up, there various formats that can be setup and customised but that’ll give a keypad you can use

You will then need to add the same action to new order added rule where if order count equals zero it brings the keypad up, as you’ll be able to cancel it off the screen in the previous rule, this way will bring it back up if someone attempts to add an order

I’m quite liking this as opposed to they way I have it where we fully log out and back in again, I might have a look and change my setup and show you, might not be tonight though and I’ll need to build into JTR’ s hold order setup using

Thanks, I can get it to load the numberpad on ticket close and that’s fantastic, but if I enter a Staff entity fob number it doesn’t load that entity 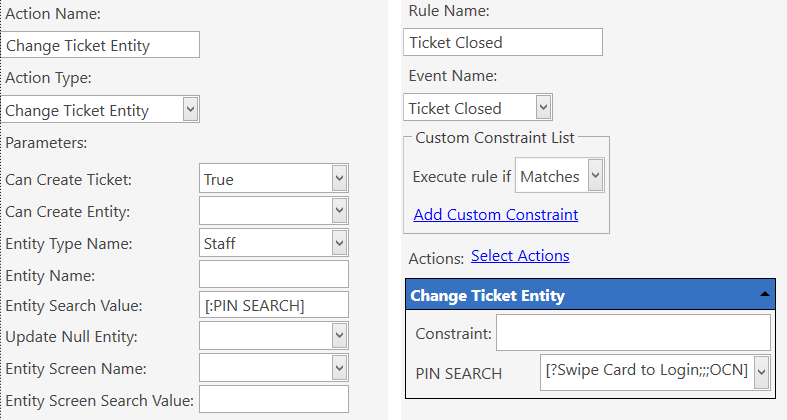 Edit yes it has I can see that lol

Thanks Rick, tried load entity but that’s a no go for me too

That’s what i’ve done, Just got it loading Admin entity to try and get it working but it seems ticket closed doesn’t assign Admin to the new ticket on closing. 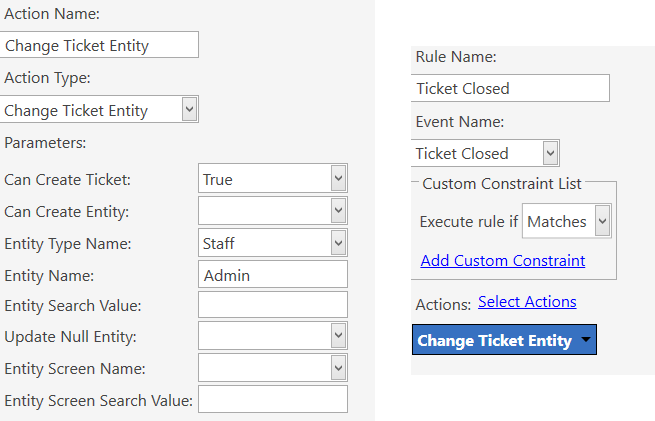 Maybe we need to add a create ticket action into the closed ticket rule and then have the keypad appear action in a ticket created rule instead?

Wouldn’t that prevent access to the main menu as there would be no way of closing the ticket?

I’ve created an automation command button to a rule to the assign entity action with search term Administrator, sometimes I click it and it sets the ticket entity as Administrator other times it brings up the customer search screen

That might make things easier as the ticket is already created so entity will add easier than what we tried to do before when there was ticket, and solves the issue on not be able to get to main menu as well if we did it the other way