Print only if really needed

In order to save paper, It is useful to print any bill / receipt if really needed or customer requires it.
there is a step by step tutorial for this issue or any other possibility in Sambapos 4?

Add a print bill button to your change popup with command value print bill.
You could also configure a print last bill button, there is a tutorial on here for that somewhefe

@JTRTech i have found a tutorial about last bill print, but i didnt find a step by step tutorial for „print if needed“ pop up window, you know one please?

Follow my video tutorial for show change message but add an automation command name to the ask question action of ‘Print Bill’ and rather than having just ‘OK’ for ask question buttons make it ‘OK=NO,Print Bill=YES’, then on your print bill rule for your print bill button you posted screenshot on other topic add a constraint on the rule of command value not equals NO that way you can reuse the same rule but ignore the change message command if ok is pressed.

Map it to wherever you want the button to appear.

Obviously, if your Print Job is named something different than “Print Bill”, use that Print Job instead. 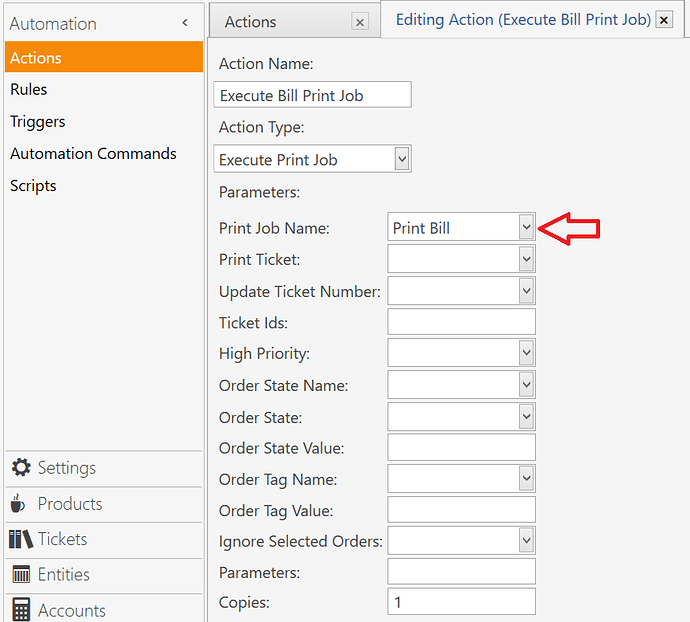 Rule for the button

Be sure the Automation Command Name matches the name of the button that you created.

The Action marked by the red arrow is the important one - the others are very common operations as well, though you can decide if they work for you or not. 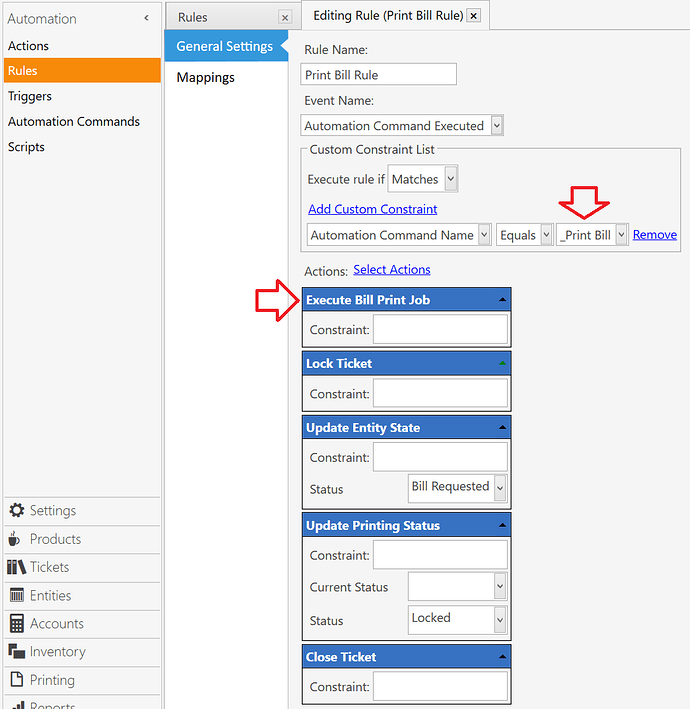 Now you need to disable the Execute Bill Print Job from other Rules to stop it from printing during other automation flows. The Action could be in many Rules depending on what you have done or installed, so you need to look through them.