Our bar and receipt printer is the Star TSP100III futureprnt, it is connected via ethernet cable to our router which is on the same network as the micropc on windows that is running sambapos. We use remote desktop on ipads, but the printer is connected to print from the PC.

It is printing, but we are having both formatting issues, and the printer is also automatically cutting off before the print job is complete. I have attached examples …

I feel like this is a printer template issue, but I don’t know what to change to correct it.
Printer driver is up to date

Here you can see that every line is showing an exclamation point, and there are those weird e things at the top. 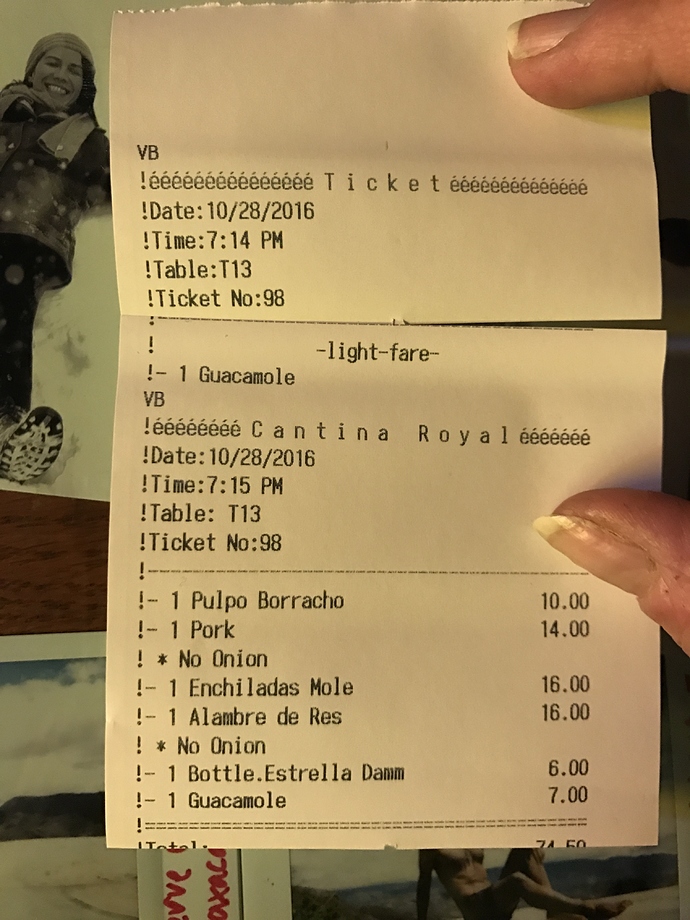 THe printer is an auto cut printer, so maybe if there is some way to pad the bottom of the ticket so there is some more room? Really need help on this thanks!! 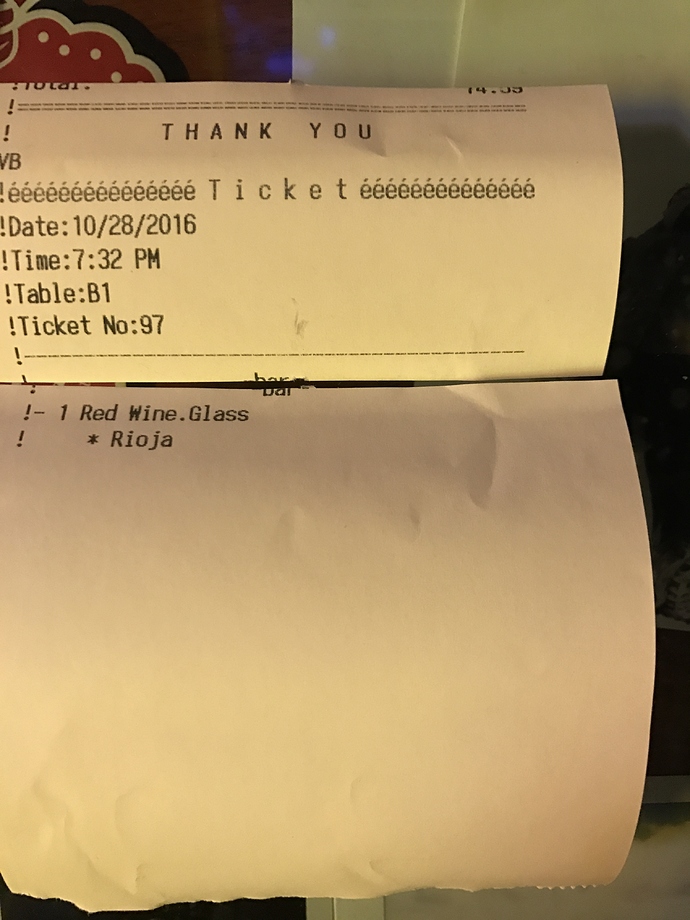 Inside the larger smaller brackets obviously

that did it! Thanks so much

Any tips for getting rid of those extra characters that are showing up on the printed bill, but not on the samba preview?

Also the vb on first line.

Not used star printers before only ever epson/escpos printers.

First Hong I would check was if it has an option for the escpos then check character set.

Also pretty sure someone has asked about same thing before, search the forum…

You will need to switch printer to ESC.

From your orignal question, whilst you might have already got it fixed, I faced a similar problem. The issue was going into the printer settings then advanced settings where I could set the needed padding.