recently i have noticed that sometimes when an item is changed before being submitted weather canceled or just amended with will sometimes but not all the time miss an item off the kitchen order printer this seems to be constrained to cold sandwiches. i cant seem to duplicate this error and just seems to happen randomly.

But you should know that order that have already been SUBMITTED will not be printed in Kitchen, as they have already been sent to be prepared… if you VOID and order and add another in its place then that new order will appear in kitchen.

If you cancel an item it makes sense it would not be sent to kitchen. Can you explain what you mean by amended?

PS: Nothing happens randomly there is a reason we just need to figure it out.

it’s hard to explain as i cannot replicate it at all but it’s before it’s been submitted say i selected a kids pizza a bowl of chips and and cheese sandwich but then the customer decides to change the sandwich to ham it will sometimes not print the sandwich order when submitted this is one of the ways it happens. The others are if they was say a pizza chips and then a sandwich but then decide to cancel the chips order it will miss the sandwich off the kitchen printer when it is submitted and sometimes it does it when i select a table and then amend the order again but only missing the cold sandwich off. i cannot pin point what is the actual cause of this at present however as it happens sporadically as sometimes i can change something and it will still print the cold food orders.

Do you close the ticket after the customer make his order and then open it back again and make changes?

Also did you make any changes on printers? You might simply not have the products on printer.

Show screenshots of your print jobs and printer template.

all products are on the printer i wonder if it has something do do with my earlier question about when canceling an item it took me to the payment screen instead of back to the menu selection screen?

PS: I changed your user permissions you can post screenshots now. Just print screen then paste it in the edit box and it will automatically upload it. 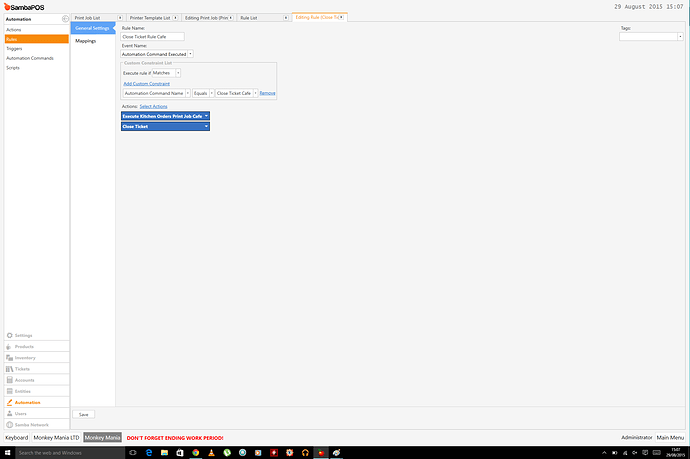 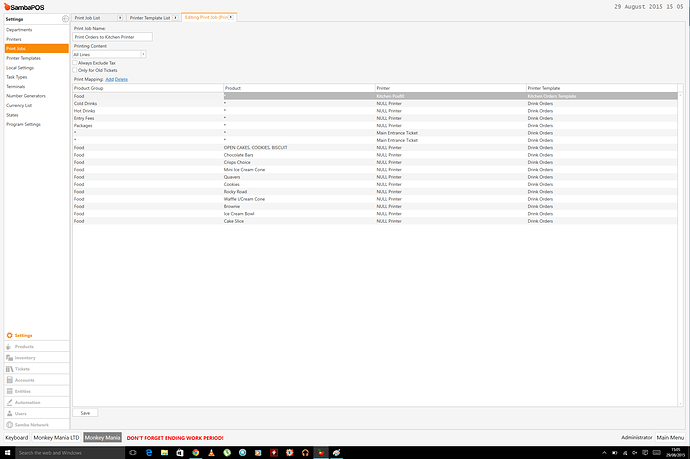 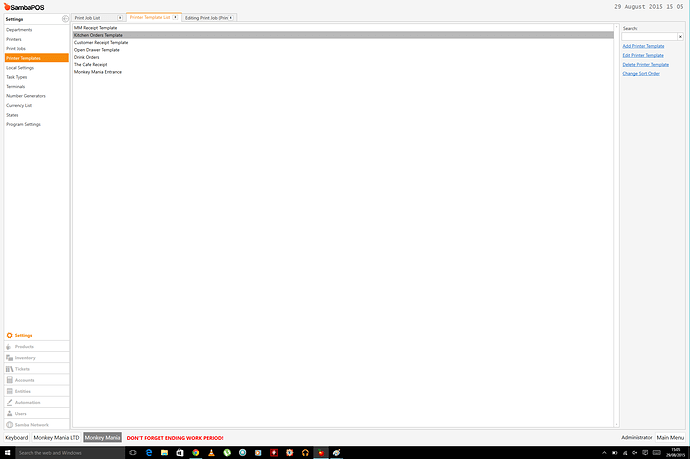 Can you show your Ticket Closing Rule?

PS: I see you have modified the names of default Automation Commands there is nothing wrong with that but if you do that remember to update ALL rules that use that Command as a constraint. 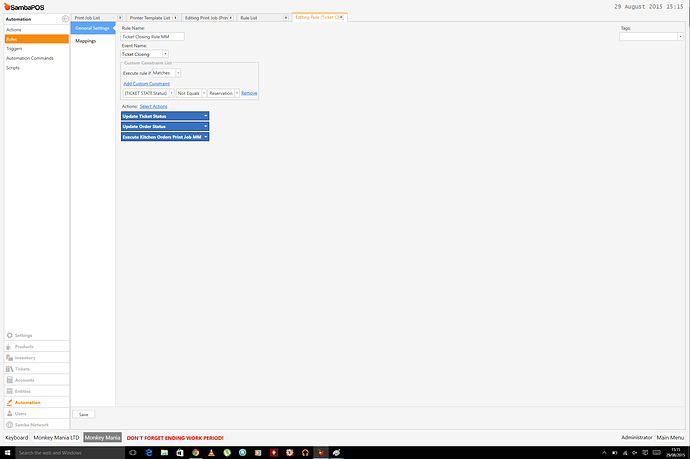 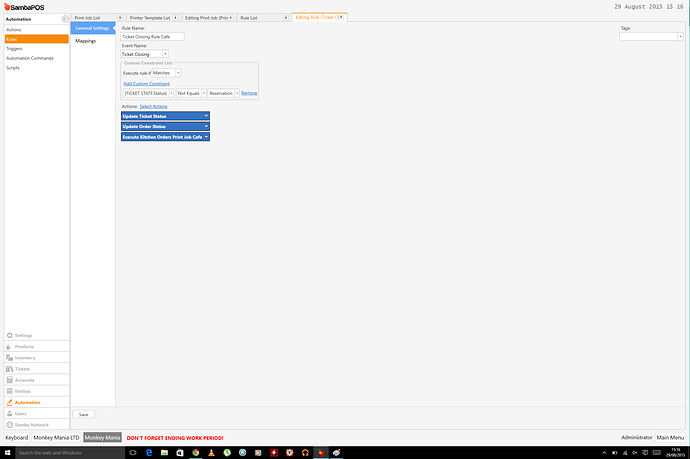 What is the purpose of having two ticket closing rules? Did you map them different?

PS: it would be helpful if you expand the actions in the screenshots as well.

originally there were two departments that had separate menu’s but they have now been combined for ease of use for the staff.

originally there were two departments that had separate menu’s but they have now been combined for ease of use for the staff.

Ok so I see 3 potential issues so far.

Additionally since your firing the Print Job on button press that means its being sent immediately when pressed this does not always work out as expected.

It is likely your issue could be any of that. Lets fix your flow first. Get rid of the Print Job action from close ticket rule. Delete one of your Ticket Closing rules and just use 1 single ticket closing rule. Put any print jobs you want sent inside Ticket Closing Rule and list them first before the other actions. If it is not resolved after we fix the flow lets continue looking.

PS: before you do any of that can you repost screenshots with actions expanded?