Hello,
I want to print Bulgarian (Cyrillic) characters, but when I try, it
only prints out ??? instead of Bulgarian letters. I tried changing
the character set. to Bulgarian - 866. By holding the feed button
Iswitched the printer from Chinese to ASCII mode, but still it doesn’t
print out Cyrillic symbnols, but some strange letters.
I don’t think the problem is with the printer because when I print cyrillic characters from notepad it appears perfectly normal.
My printer is NT-58H - http://www.zjiang.com/product_show.asp?id=601
This are the settings of my ticket printer in Samba. 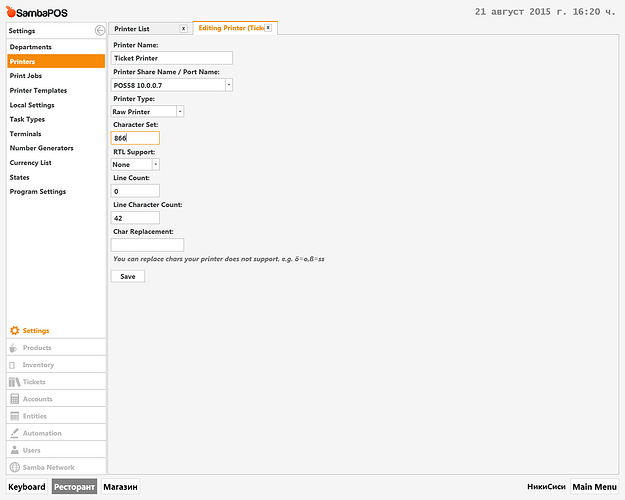 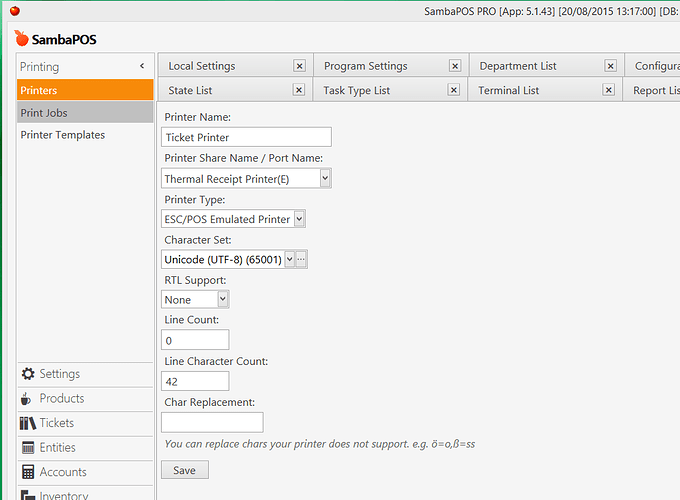 Why does your Printer tab looks different than mine? I have no drop down menu for Character Set, only a blank space for the code. There is no such option as Printer Share Name etc. Are you using a different version? I have not updated mine in a while.

4.1.82 is latest version if your not on 4.1.82 then you should upgrade. But yes he is on version 5 which will be released to public soon. Those extra settings you see are v5 only but like I said v5 will be released VERY soon. We are testing the license structure for it now with Staff.

So any solution with Cyrillic characters? I need it for Russian print.
Tried to use html print but it doesn’t seem like “Ticket Print” and printer doesn’t cut the paper.

Ok. I will wait. Hopefully it will come in a month. Thank you for the great products. Free and so versatile.