Problem with submitting new ticket in V5 with backup from V4

I am having an issue with testing my setup on V5 if anyone can help please.

If I add items to a new ticket then click ‘close’ to submit the order nothing happens… (With no items added or if I cancel the item I added it will then close.)

I am a bit rusty as I have had V4 up and running for 18months and since all the initial setting up, I haven’t had to go in and change anything as it has all worked perfectly and now I have forgotten most of what I had learned

any help would be great as I would really like to get V5 implemented without having to build again from the beginning.

You can only close a Ticket if it has an Entity assigned to it, or if it has a Ticket Tag set.

I first click on an entity then add the items to the order. Does V5 do something different to V4 with regards to how this works ?

Check your Close Ticket Rule to ensure it is mapped and that the Constraint for Automation Command is set properly.

thanks for your help - I have tried that and still the same. I’ll keep plodding through the rules and see if I can spot anything.

Do you have any constraints on the close button rule/actions?

Troubleshoot with Show Message action. Put one of them in each of the Events for:

Some Rule is preventing it.

I had a problem like this recently. It was because I had my “Tables” Entity Type set as Sales Accounts under the Accounts tab. 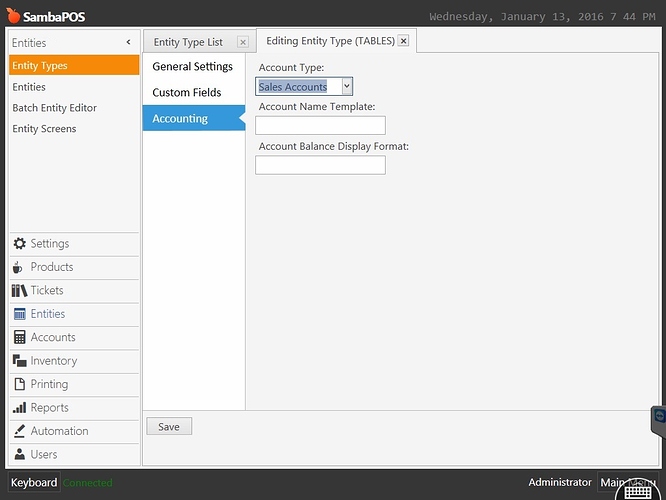 So now currently the staff have to enter the number of customers at a table, which isn’t that bad a thing, better for my reports.

You are a star! Sorted … Thanks for your help! Changed from sales to blank and is now working

It was all @emre. Sent him my database and he found the problem in like 5 seconds!

Thats now fixed but just noticed that I get the same thing if I 're-open a closed ticket … Clicking close does nothing! Back to further investigating

Thats now fixed but just noticed that I get the same thing if I 're-open a closed ticket … Clicking close does nothing! Back to further investigating