Product out of stock visualisation

I am setting up an example just give me a few minutes. Its only possible in version 5.

EDIT: Actually you know what it would be more difficult… Do you have Message Server on?

With Message server turned on and each terminal connected use the action Broadcast Message put [:Command] for Command

Here is the Action 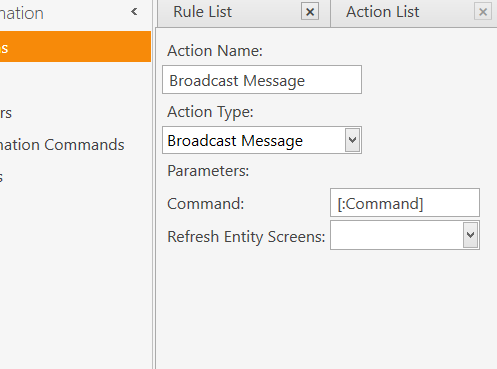 Here is the rules to make. 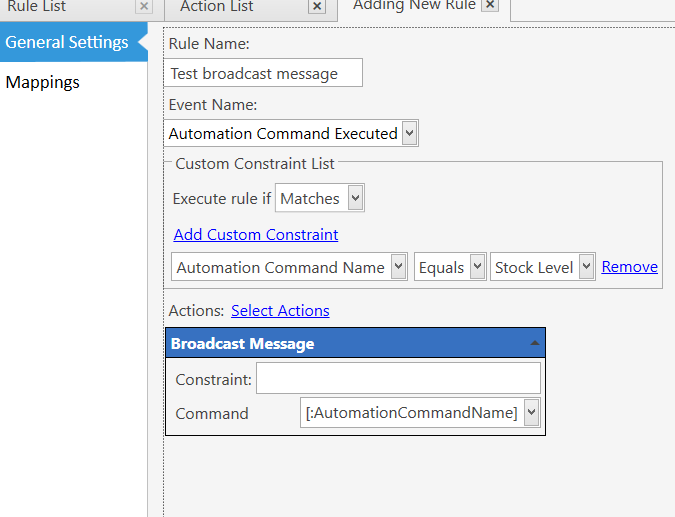 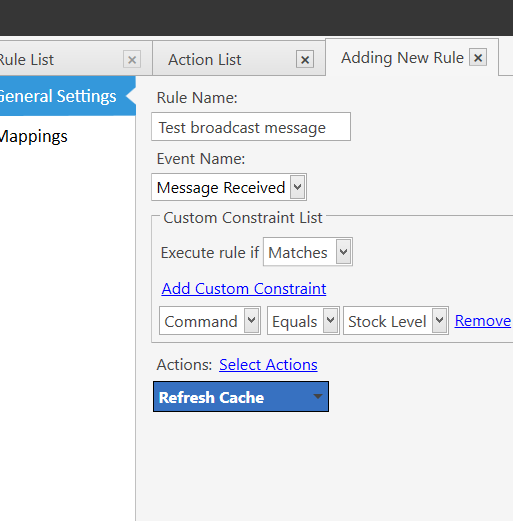 i did some test… and it works

i also have a low level stock warning appear, you can set this to any level you want, for testing i have it set to 5 so when an order is added to the ticket if the stock level is less than 5 a warning message appears. Again, you can customise the type of message thats displayed eg display message action, ask question, ticket header etc, i like using the ask question with transparency on as below 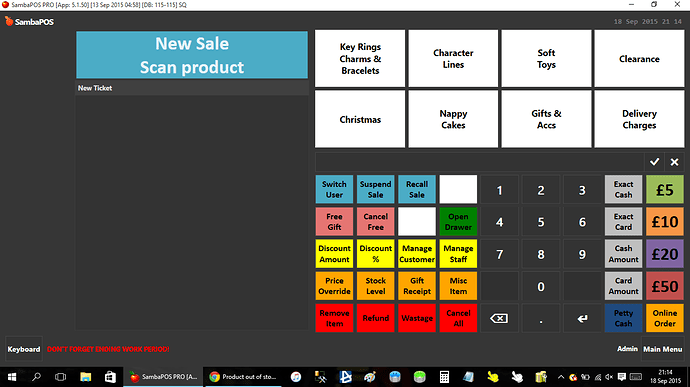 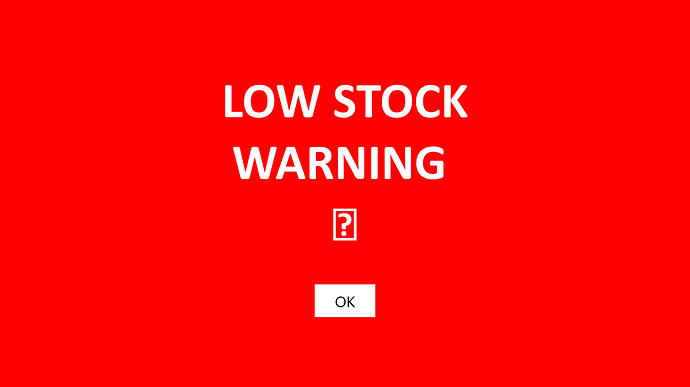 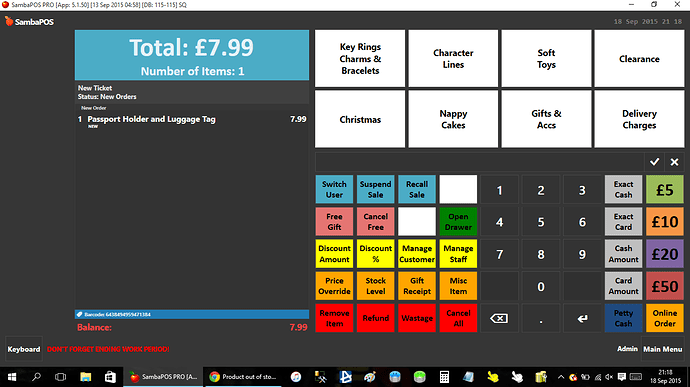 He doesn’t use inventory. That was the issue.

Oh yea, sorry, but when you do use inventory

theres another option for you

There is a display word at product Like “SOLD OUT” ?

Tracking inventory on product buttons is expensive as we should constantly monitor and update it real time on all terminals to make it useful.

It is possible to display inventory of inventory items on menu buttons if you really need such feature but I’m wondering how many times a day (or how frequent) mineral water becomes sold out in your restaurant?

, because, before we did not use inventory,

It’s my experience that I don’t really use inventory to track out of stocks. I use it to help with ordering and reports to see trends and adjust ordering for seasonal or predictable spikes in sales.

If your using it to show servers your out of an item then it’s not really helping you. Your loss is still there. Also you may be wrong and actually have the item but waiter won’t sell it because it says your out. So I think it’s best not to use it like that.

Hi, im trying to make it, but i always get inventory 0, i dont knwo why, do i need to install custom reports to make it works? 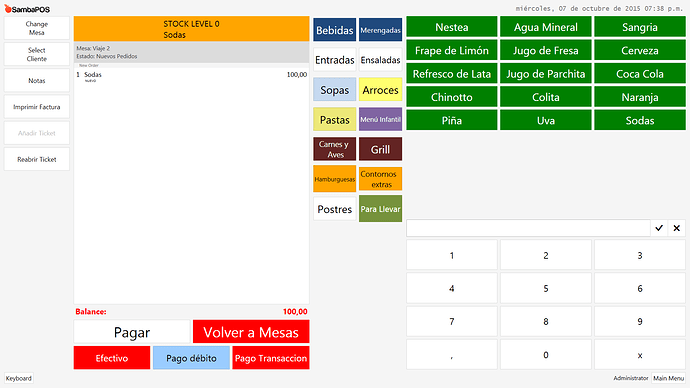 Do you have inventory of sodas? Maybe show your warehouse screen?

PS this is a version 5 discussion so you should be on version 5.

Yes, please check if somethings is wrong, dude you are so polite, thanks for your time. 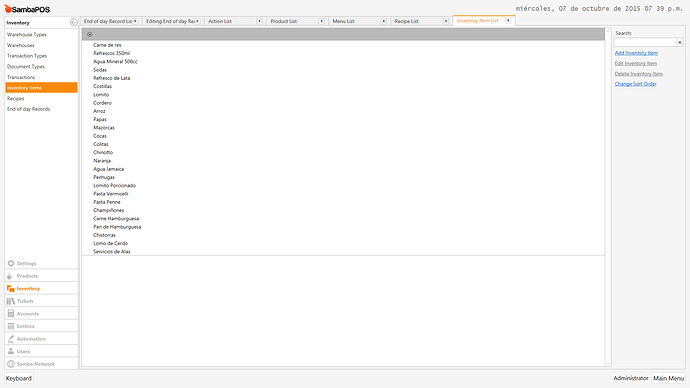 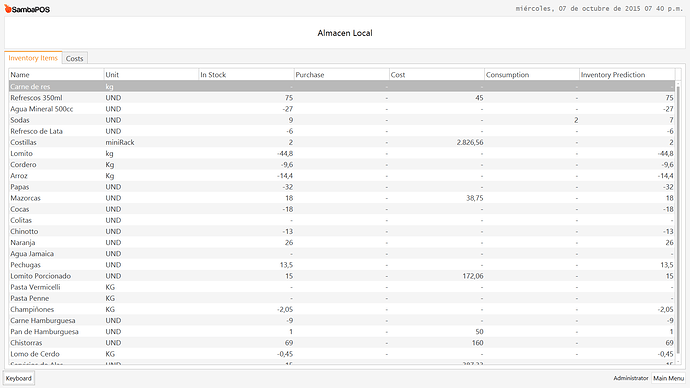 By the way im working to make Sambapos print on Fiscal Printer in Venezuela probably in January i will release a custom executable to print on fiscal printers only in venezuela.

My mistake, you are right this is v5, should i delete my post?

No don’t need to delete it. It’s ok. It demonstrates a new feature only available in v5. Might help others to understand that.

I have a warning that pops up saying LOW STOCK (x Remaining)
Warning shows when quantity is less than 20.
When it gets to 0 nothing shows. just LOW STOCK (Remaining)
How can i get it to display the 0

It might be better to add another check for empty label and show different message instead of 0 Remaining.

this solution doesn’t work in v5

I am setting up an example just give me a few minutes. Its only possible in version 5. EDIT: Actually you know what it would be more difficult… Do you have Message Server on? With Message server turned on and each terminal connected use the action Broadcast Message put [:Command] for Command This will allow you to Refresh Cache on all terminals as long as Message Server is running and all terminals connected. Here is the Action [image] Here is the rules to make. [image] [image]

It would be better if you explained your need for refreshing cache across multiple terminals. I cant imagine why it would not work in v5. It should work just fine.

hi @Jesse,
wy the cancel orders action is not working for me? 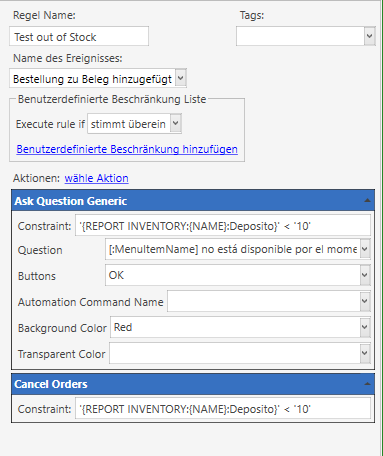 The Ask Question Action works fine, but the cancel orders action not…