Hey Samba team,
I have a rule to broadcast message to other terminals,But for some reason i receive this message only on local network terminals.
I conect one remote terminal via the Internet
And I’ve set the server IP under the message server name on local settings and its connected fine but dont receive messages.
Does anyone have any idea why?
thenks.

So you have port forwarding set up in your Router to achieve this? Which ports?

All ports are directed to the server.
BTW,Which ports the server uses? 8080?

Well, @QMcKay
I checked and all the ports are open.
Is there anything else I should check?

@pizzaeilat4 that configuration is not something I’m experienced with but when I think about it server should send message back to IP of the client but as it is behind a router what server knows about the client is the router IP. Router should forward incoming message from server to that client.

But all the ports are directed to this client
What is the port which is sending the message back? 80,8080,443 ?

Its not enough to direct just the ports. Thing is… your tablet is not connected to the router… its not connected to your network at all… the server does not know what your IP is on that client because it is hooked the the internet… not the Network…So how does the server know what IP to send the message to? Your router would have to redirect that traffic to your client pc… meaning you would probably have to setup a specific forward to the entire IP not just the port. Port forwarding works for incoming traffic but for outgoing your server has to see what IP its sending too and it cannot see that only your router can.

@Jesse that was something slightly unclear for me. Now I clearly got it. I hope I can explain it like you next time

But doing it this the problem
I do not know how

easiest way is with a proxy. Its not an easy setup…It can work but its really not meant to be used this way for what your doing. Typically its advanced and very specific setups that use it over internet like that. Some routers can do it… a lot of the cheaper ones can not. Most of the commercial grade routers can.

Ok so I guess I’ll have to do without it

Why cant you just connect the Terminal to your network? What kind of router are you using? Brand and model please I may be able to help you. Firmware version too if you dont mind.

What do you mean?
This PC is connected to a wireless router
dlink n600

IF you look at it… typically on bottom it will have a specific model # and inside your setup it will have a firmware # OK thats a start Let me look it up. 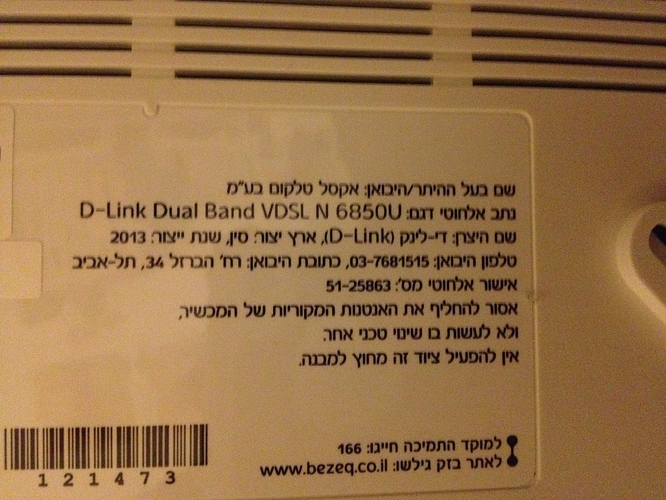 Ah its a router/'modem combo… I will look at it but I do not think it will support what you need.

Thank you very much, @kendash

I am just curious … is the reason your connecting over internet because the terminal is not on location so it can’t connect to your network?