please , anybody help me
After press Display ticket to press in button Re-Open Settled Ticket for cancel or void order the button is not active! 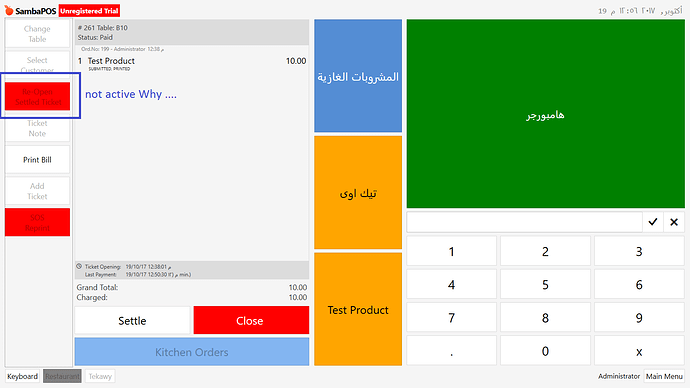 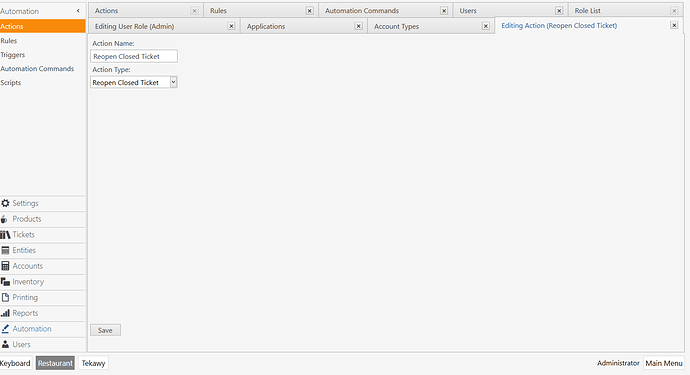 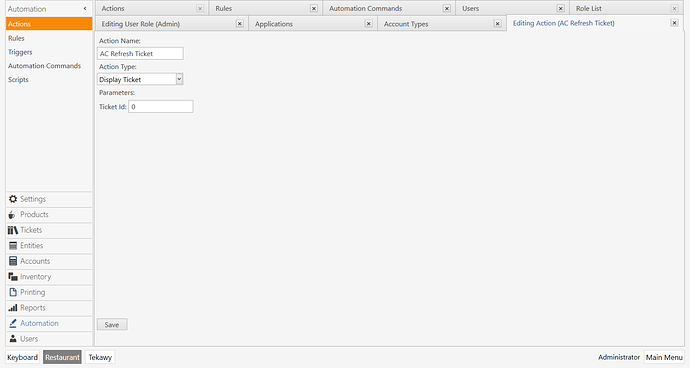 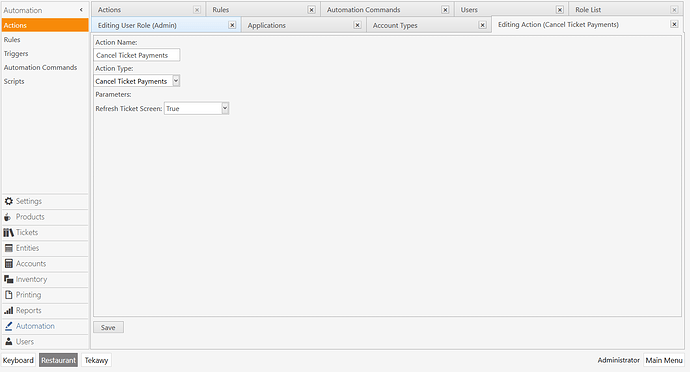 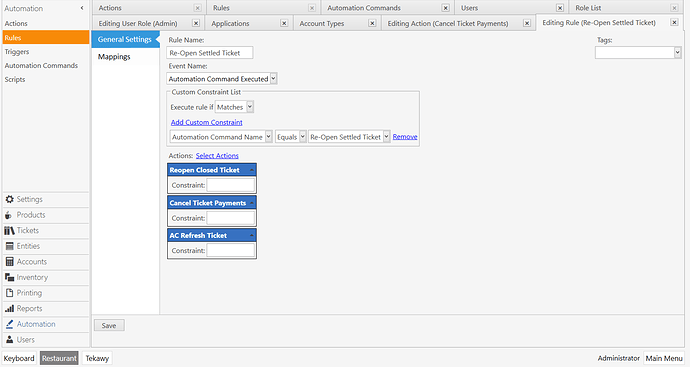 I have same problem, but my ticket status in unpaid 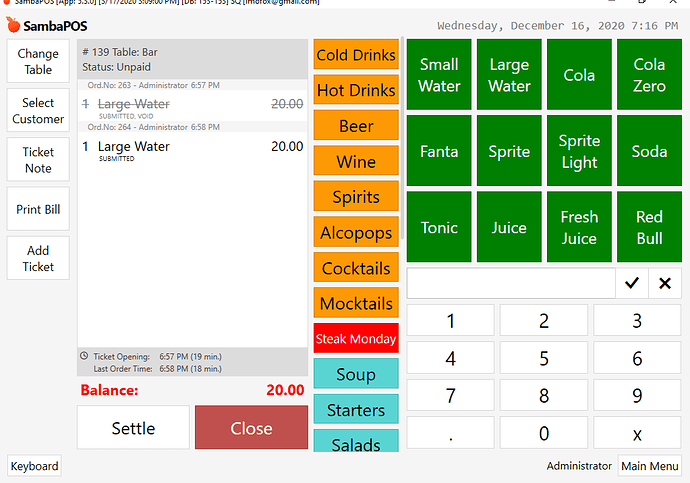 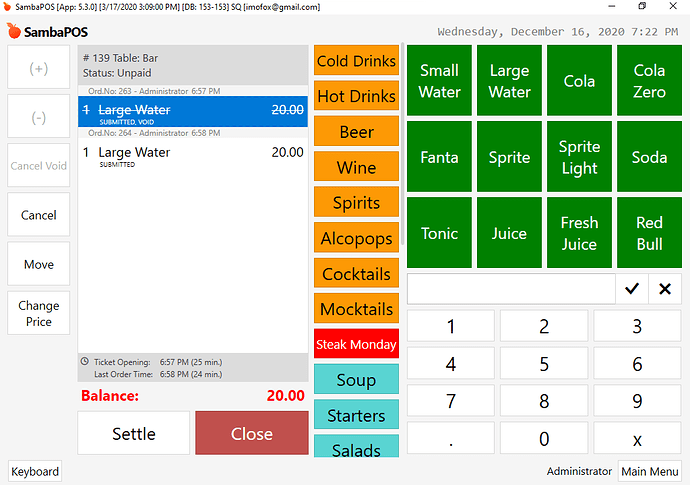 From what I’m seeing. The default enabled state on cancel void is New. Which means you can only cancel a void if it hasn’t been submitted. I’m guessing this by design.

I don’t think this has ever been an issue for me. If we voided an item incorrectly we would just resubmit it. Although this would result in a print to the kitchen, so possibly there is a use case.

@jesse If we change the enabled state to * on the default void rule is there any issue with this?

This all makes sense to me. I don’t think our team has ever tried to unvoid a void. If they were going to do that they would just send through a new order to the kitchen.

You wouldn’t want to just change mapping as will not change from submitted back to new to print etc, ie kitchen told its void but not resent to kitchen.

If they didn’t care about the kitchen ticket on the unvoided void item they could just change the mapping, correct? I’m assuming in most of the cases unvoiding a void is more for correcting the ticket total.

You would be better to create a new cancel void flow to remove void gstatus and change back to new.

If they wanted it to print to the kitchen again you would need to update the status to new. Or even easier, just send through a new order.

As you said, a void item could indeed just be rung back in.

Void is for submitted items it is not the same as cancel. Cancel only works on non submitted.

If you void something you can unvoid it but you would need to create that automation.

At the moment I can use it only if I void and unvoid without closing a ticket in between. Anyway, if it’s complicated to make it work then I leave it as I’m new in this system and don’t want to mess up.

Its not necessarily complicated, but I see what Jesse is saying. This can be fixed but it depends on the workflow you expect. Do you expect the cancel void after closed ticket (unvoid) to send the item to the kitchen printer?

Actually this issue happens normally only with drinks so nothing to do with kitchen.

Either way, you would need to decide if you want the unvoid-void (recreating an active item) to print anything to the kitchen/bar to be prepared. I use the execute print kitchen to send drink orders to the bar if its ordered from the Cafe. If you don’t want to mess with it, just have your staff process the order a second time instead of trying to unvoid the void.