This Tutorial shows how you can store, recall, and clone a previous Ticket. It works from the Ticket Explorer, or in the case of a Customer Entity, it will allow for cloning of that Customer’s last Ticket.

This Tutorial should work for SambaPOS V4 or V5

Load & Clone a Ticket that has Customer Entity: 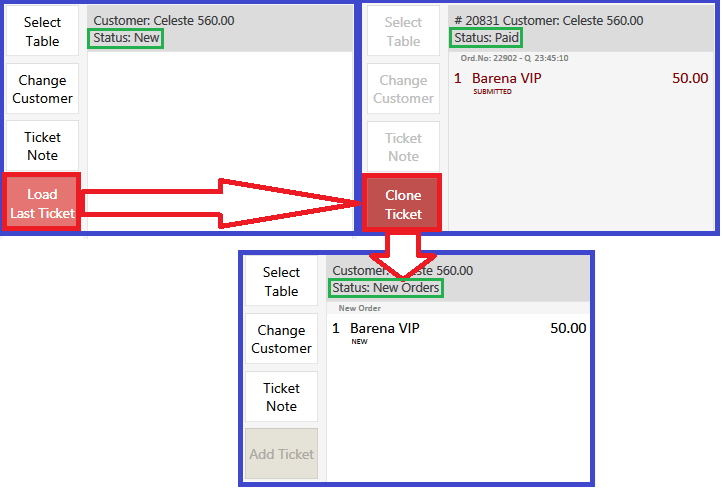 Clone a Ticket that has no Customer Entity: 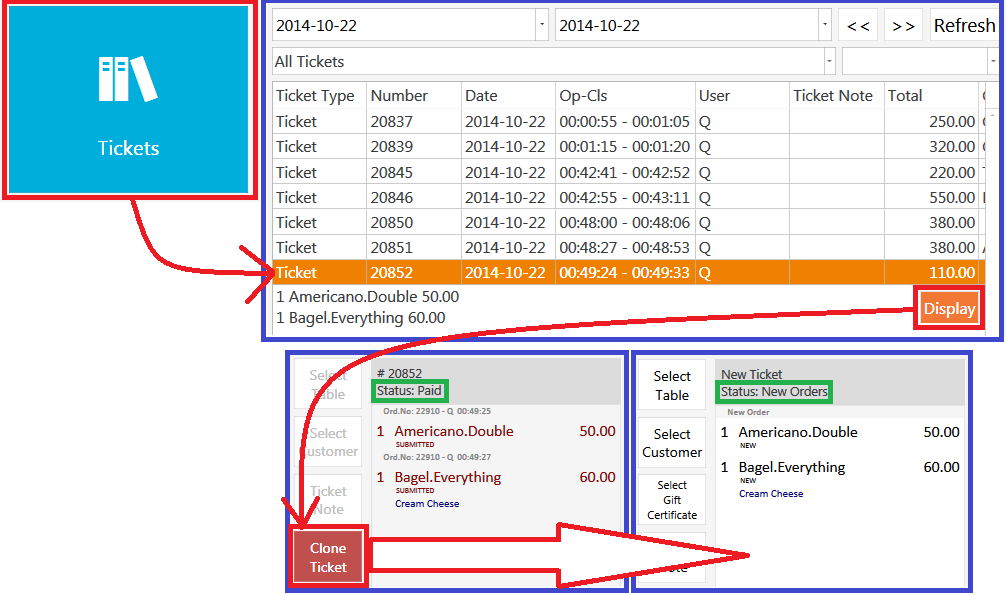 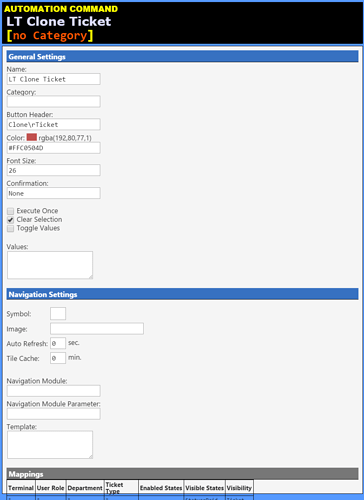 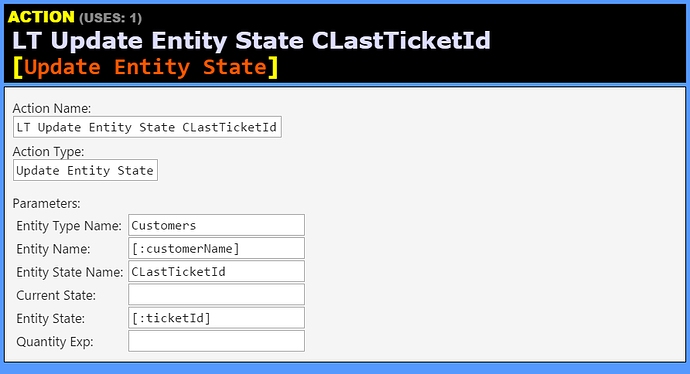 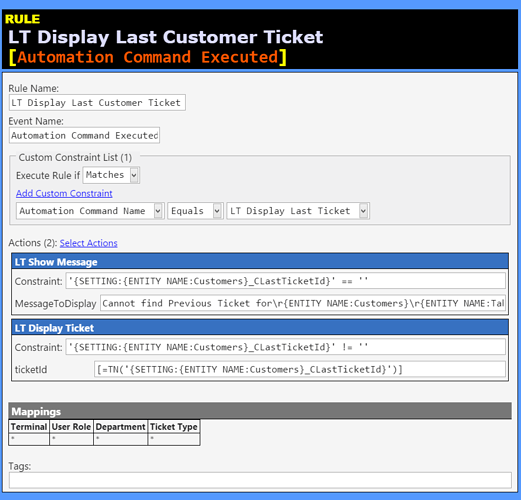 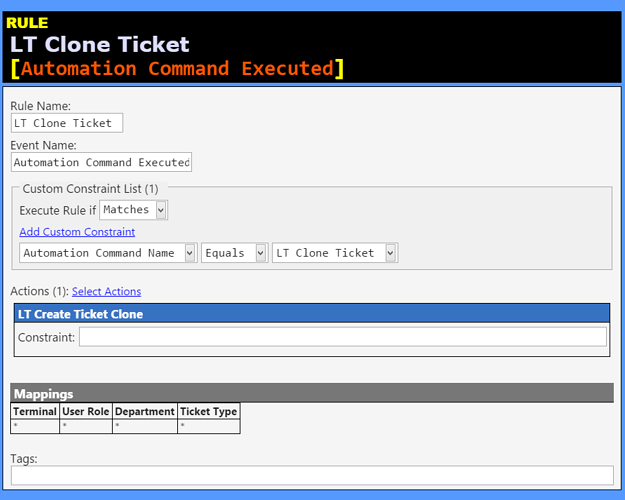 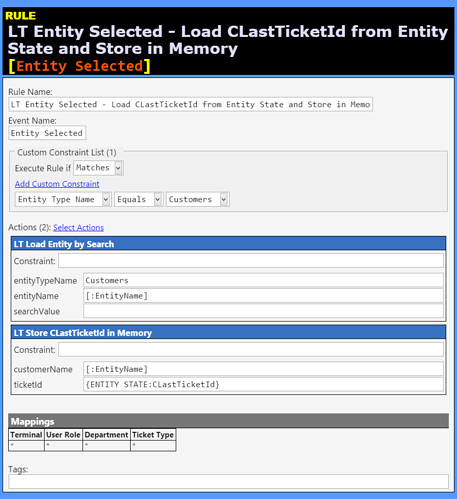 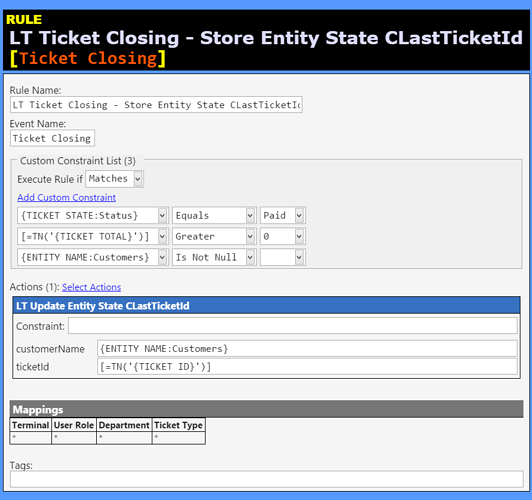 I thought this tutorial has been around for a while, as I’ve implemented it before. Has something changed, other than all the new screenshots?

He more than likely just updated it for v5. Previously it was archived in v4 and its slightly harder to browse those tutorials now considering the categories are hidden on first navigation.

It has been around for a long time.

I simply updated it to add some small tweaks to make it more robust. It should work in V4 or V5.

This is “Method 2” from the original V4 Topic, but I removed that post from that thread and replaced it with a re-direct to this new Tutorial.

I think the problem its from [:customerName] in the first image I think this because the primary field is phone in the second image 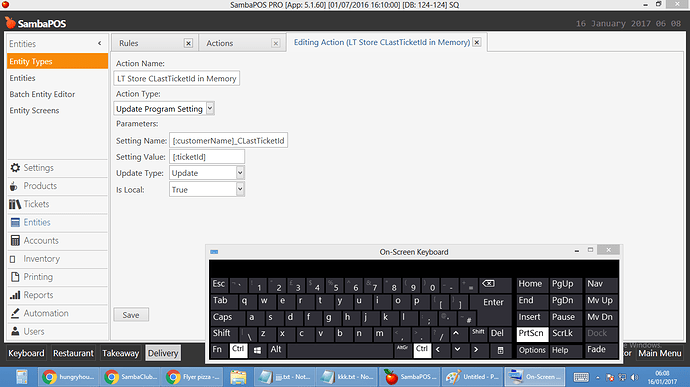 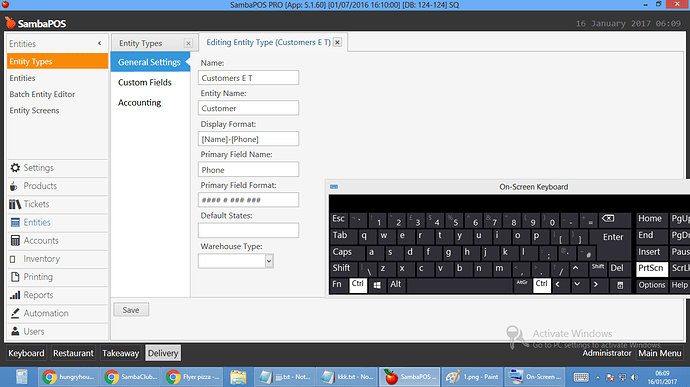 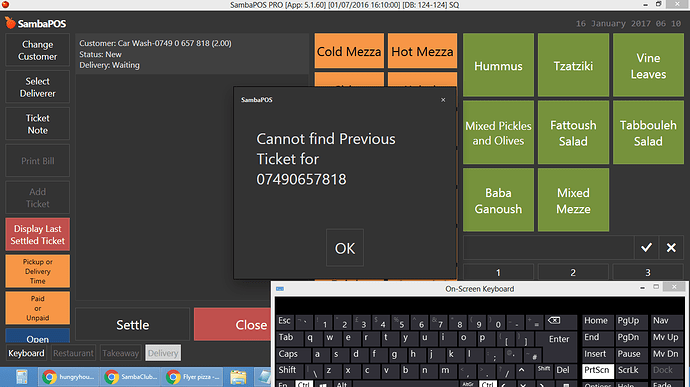 You didn’t show the rule but if you have historic orders where name used to be customer name and not primary (entity name) is now number it wouldn’t work.
Interesting to use program setting over a entity custom field for last ticket…
You would need to either update program sting names to numbers OR change the rule so it searches for entity data:name rather than entity name.

You would need to either update program sting names to numbers OR change the rule so it searches for entity data:name rather than entity name.

What @JTRTech is saying is about what you mentioned:

I think this because the primary field is phone

The Rules search and set data for a Customer based on {ENTITY NAME:Customers} or [:EntityName]. So whenever you see one of those variables being used in the Rules, you might need to change that to use instead: 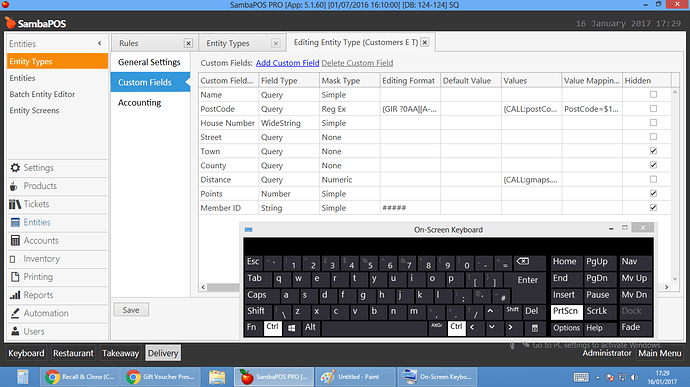 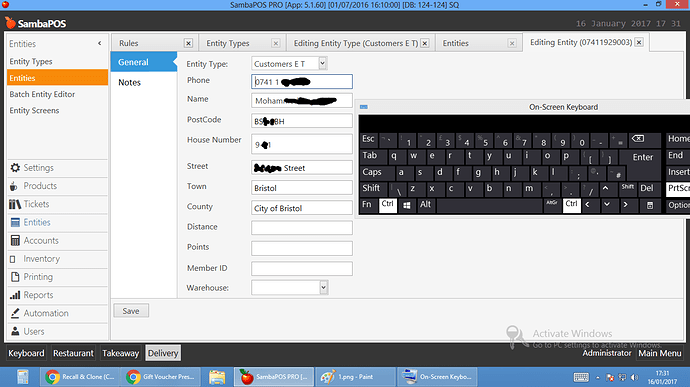 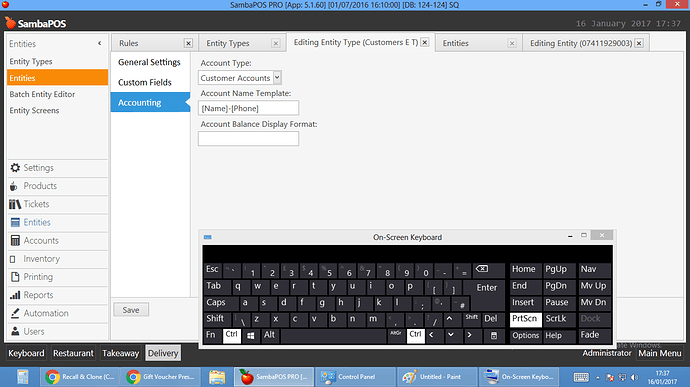 Ok, so your Primary Field is “Phone”. That means {ENTITY NAME:Customers} or [:EntityName] used in the Rules will show you the Customer Phone Number, and {ENTITY DATA:Customers:Name} can be used to display the Custom Data field called “Name” which contains the Customer Name.

I think the issue is that your Entity Type Name is not “Customers”… it is " Customers E T ". So in your Rules, anywhere you see this:

… you need to change it to this:

still not working i make sure that its > Customers E T

Try creating a Ticket for a Customer and Settle it. This is when the Ticket Id is stored in the Entity’s State named CLastTicketId.

Then select the same Customer again, and try to Load Last Ticket.