Recreating the Sambapos V3 Tutorial on Membership Discount in V5

Specially help with this rule in the Pictures, 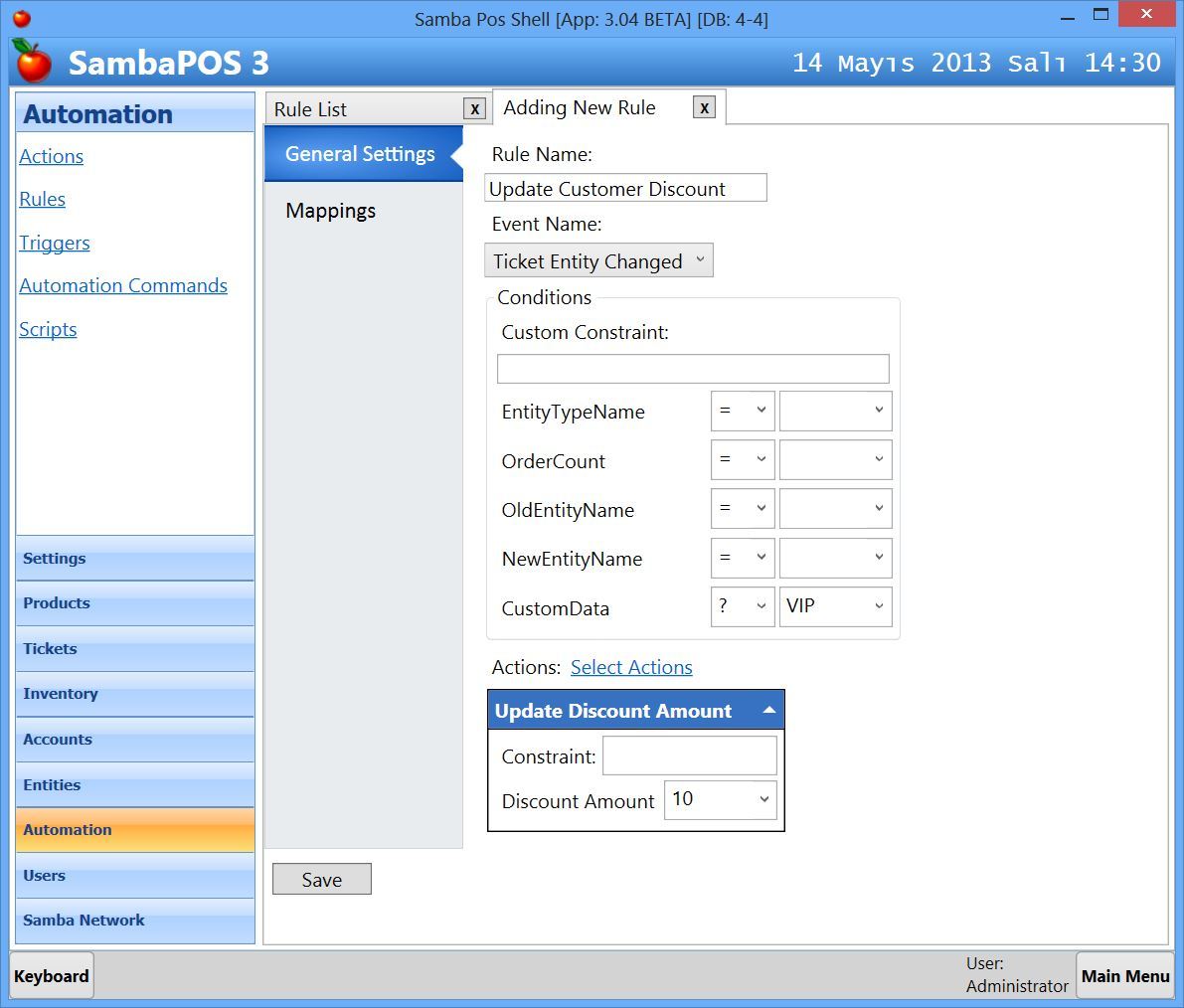 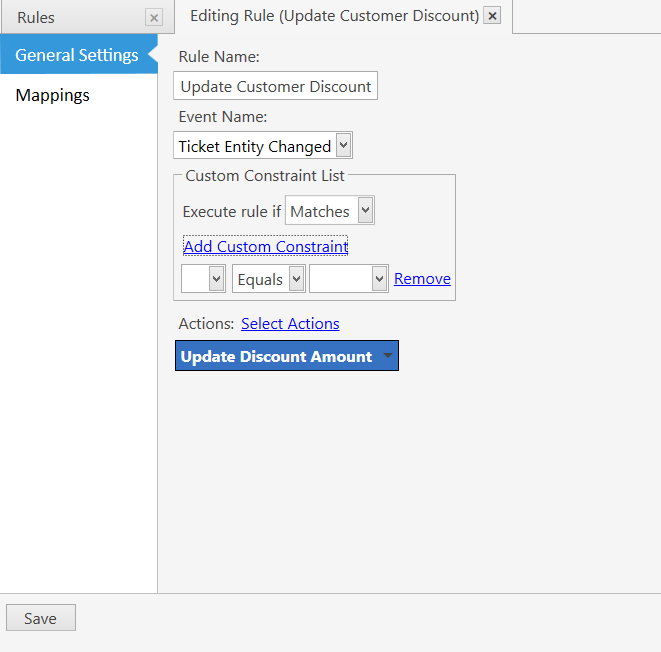 Please provide a link to that Tutorial.

But we need to know the value for nameOfCustomDataField and instead of Equals, it could possibly be Matches or Contains.

But without seeing the Tutorial, it is just guessing.

Going by that ^, the Custom Constraint would be:

Please I i can’t see the {ENTITY DATA:Customers:nameOfCustomDataField} Equals VIP in my Sitting. Please an image will help me understand it quickly. Thanks for your support. 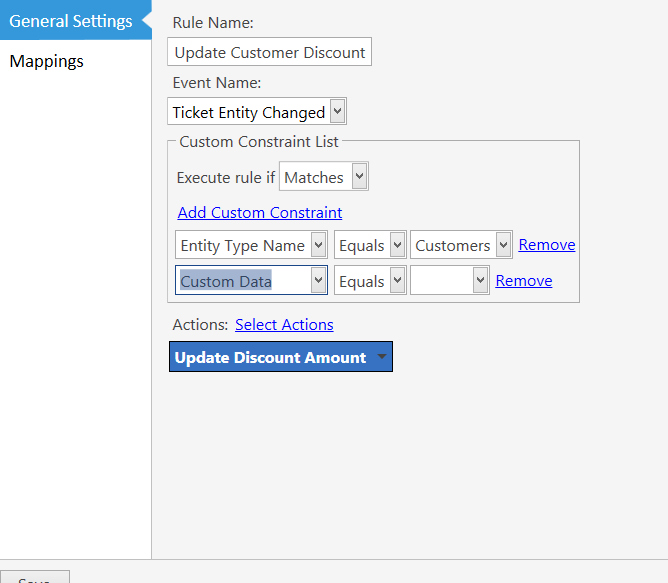 You literally just type it in the box on the left. Don’t use one of the values from the drop-down.

Copy this and paste it in the box on the left side of the constraint:

I tried it but it did not work i guess i am making a mistake at one of this areas. 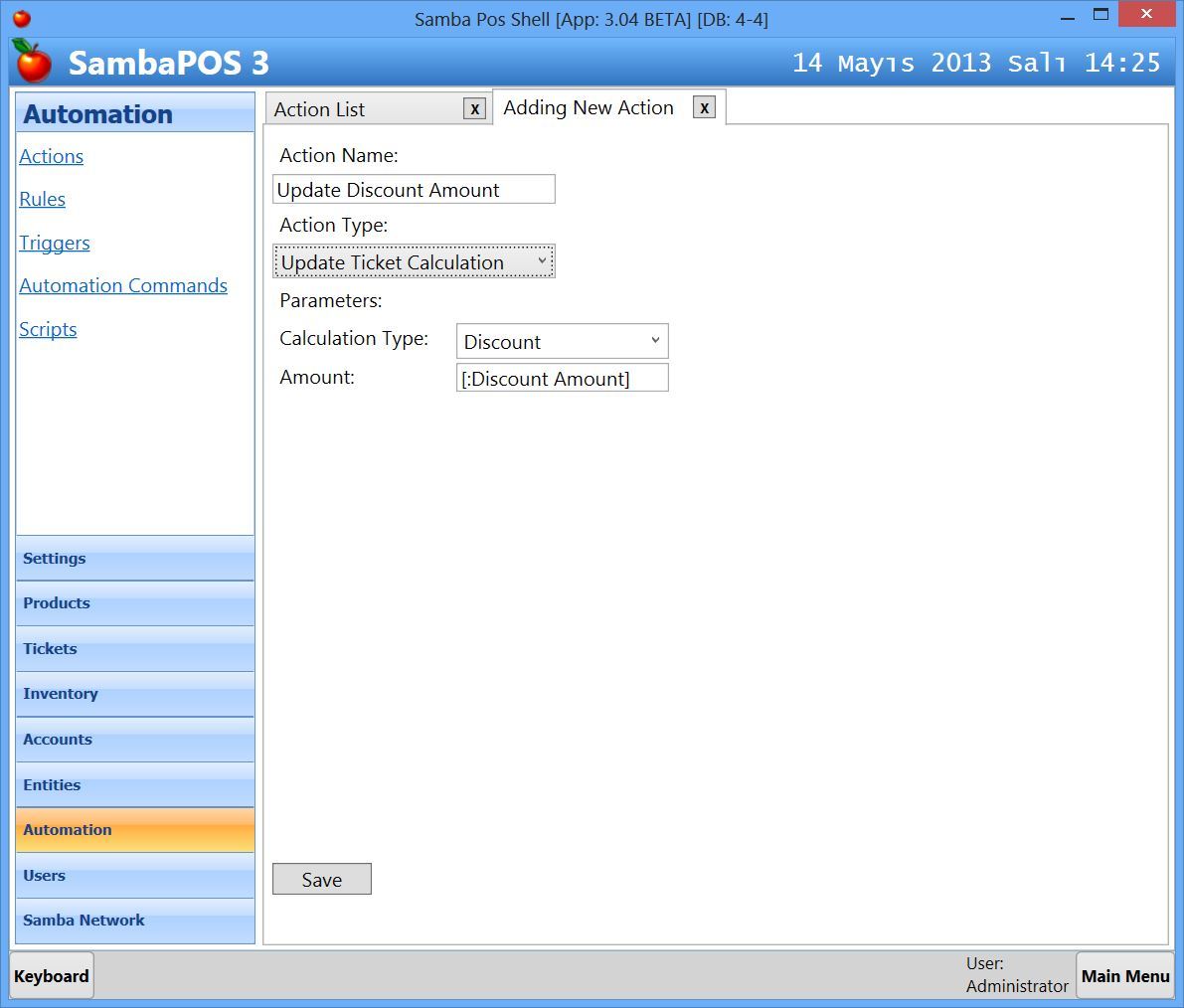 This is what i tried in V5. 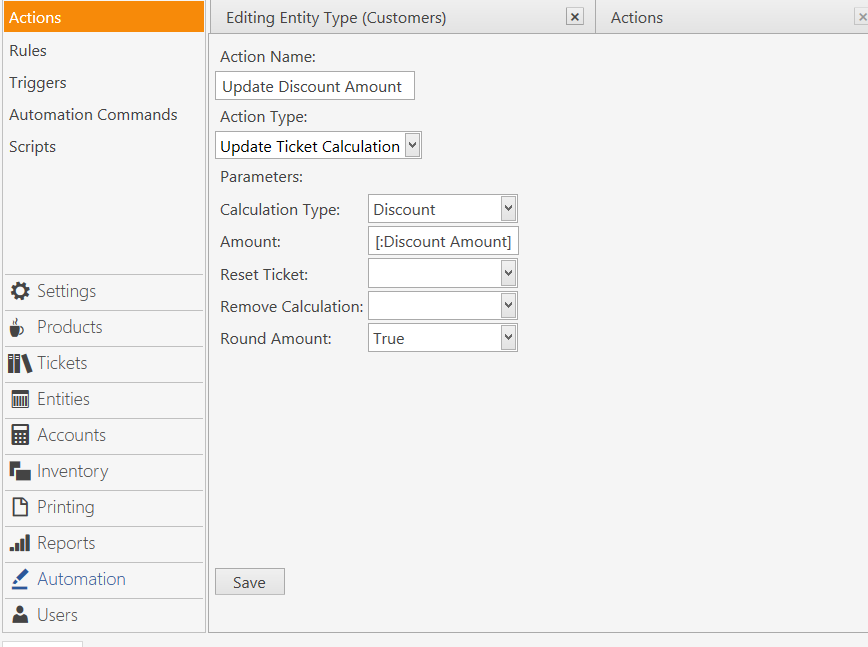 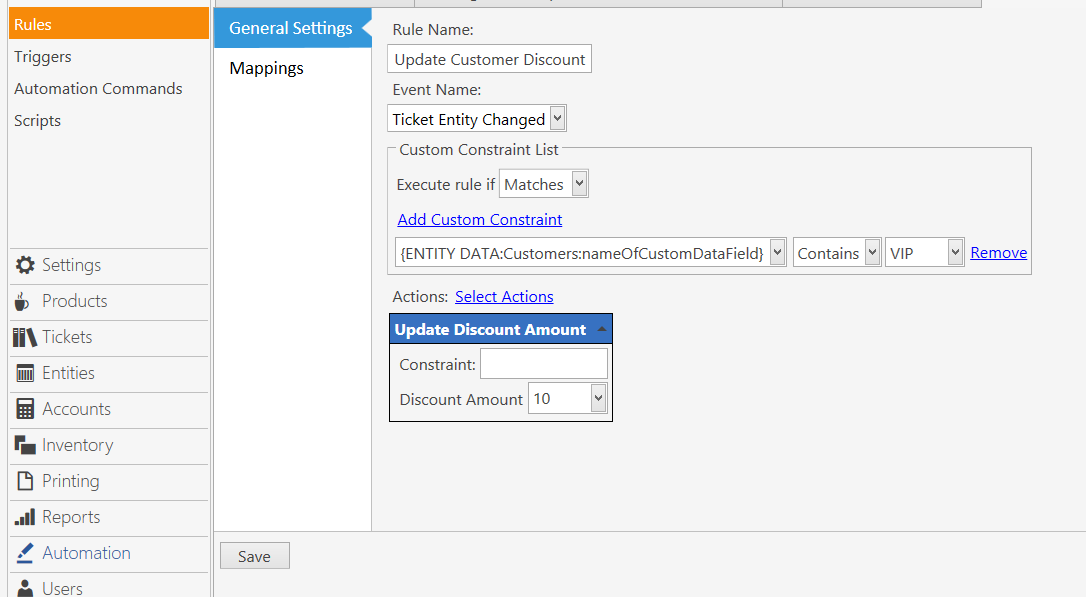 LOL really? So your customer type is called nameOfCustomDataField?

Did you not try what @qmckay said?

He actually gave you exactly what to type.

EDIT: Ok I see where you got that from… btw Qmckay was using that figuratively it was not literal… but in a later post he gave you exactly what to type.

This will probably work as well:

It works great. Many thanks to your you and Qmckay