Remodel of our restaurant

So here is my week. A complete gut and remodel 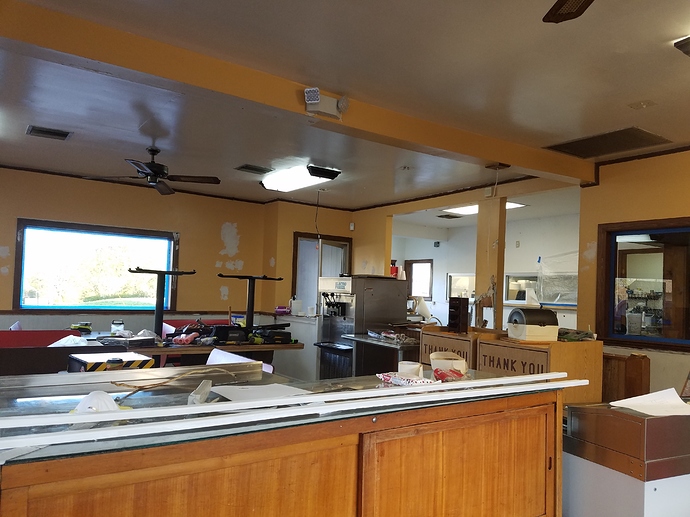 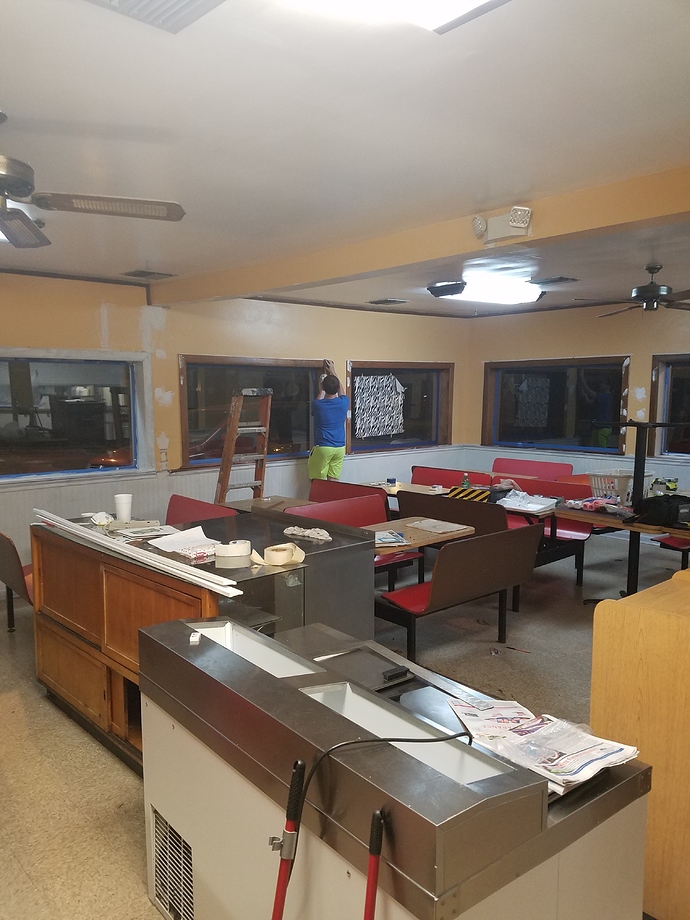 Hope it all pays off man. Cant wait to see what it looks like after its finished 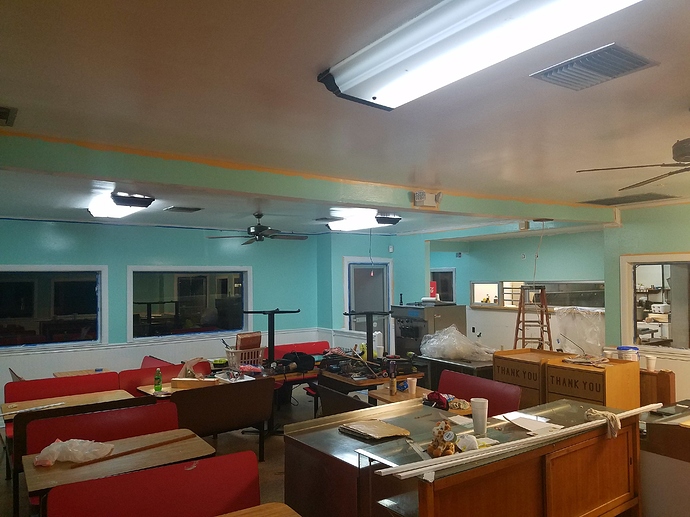 Almost done with the eating bar. Stain and glaze coat just went on. 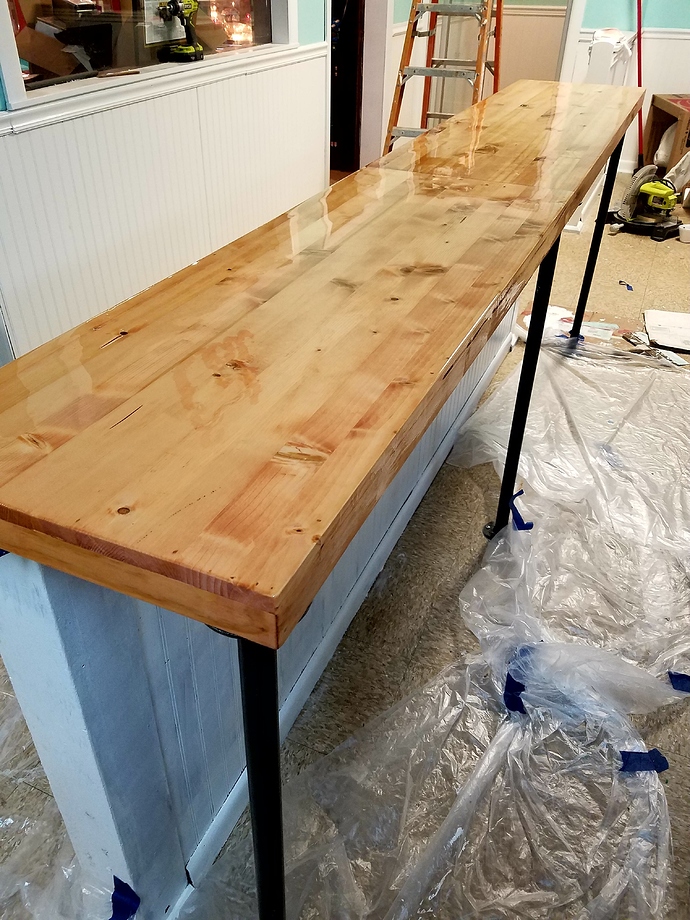 Your manually doing this or pre fitted and just putting coating

I built that top manually. I also did the legs. The white wall was already there I just cut it down. 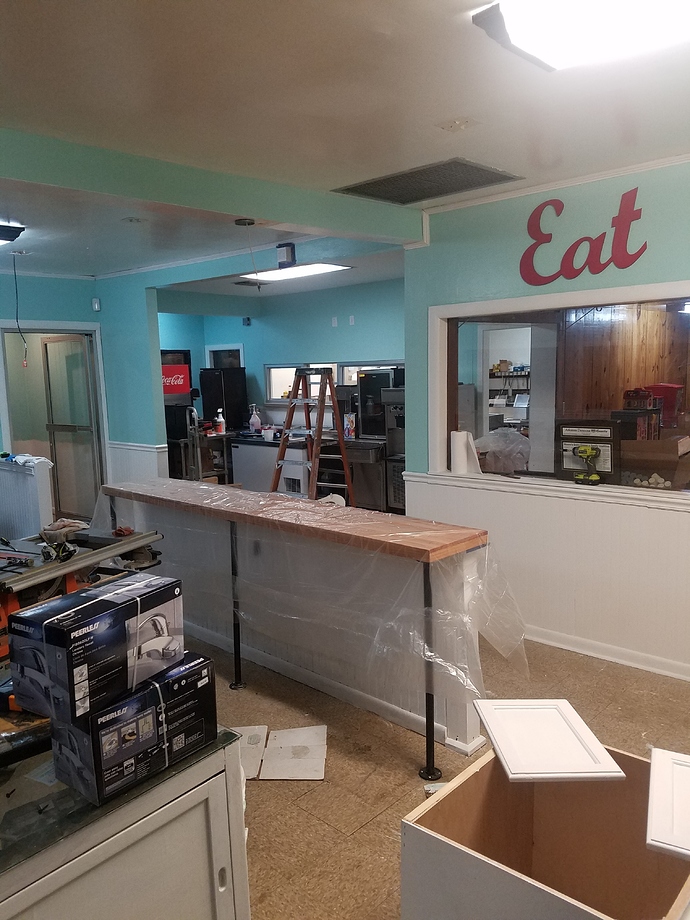 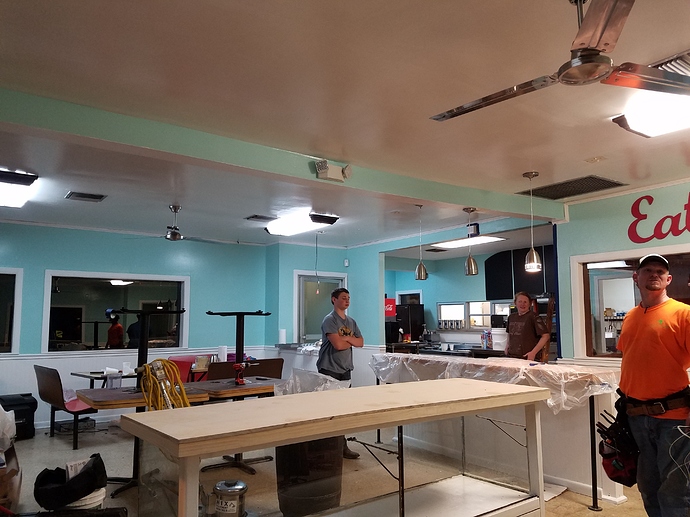 wich one is you? LOL!!! sorry could not hold back…

None of them. Guy on right is local electrician. Woman in back is my wife… Kid on left is my nephew. 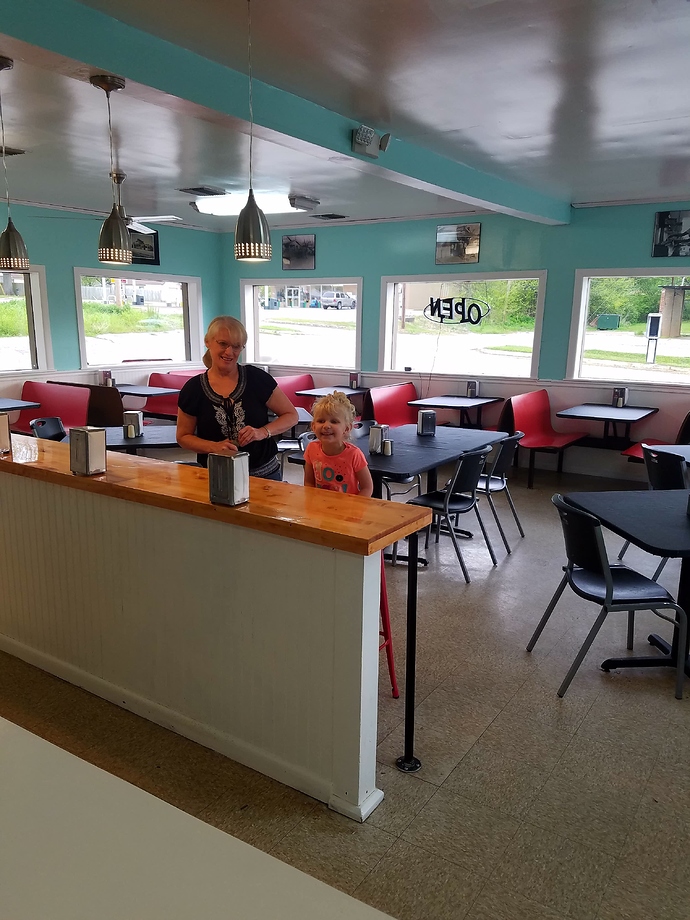 Finished and reopened today. Had a very good day. That is my daughter and her mamaw

I’ll have to upload pics of how I changed our place. Very slow work in progress but I’m this side of winning now.

We used to have a massive stock room but I knocked the wall down and created a mich bigger retail space. We had 1 ladies and 1 gents cubicle and I cut a door into our back area to create a new gents toilet. Ladies now have 2 cubicles.

I’ve been slowly building new seating areas and plan to have them finished within the next month.

We’re having a new roof this next week which will allow me to have a new ceiling.

Wow we have been busy since the remodel. Aparently the community likes it because we have been pulling in $3000-$4000 a day which is a lot for us considering our average ring is around $14 - $17

Looks really nice youve done a great job!! Shame its so far or id pop in for some of that food youve posted pics of 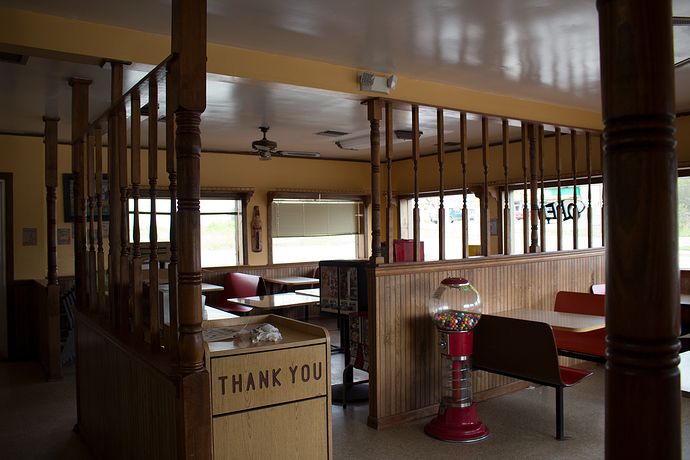 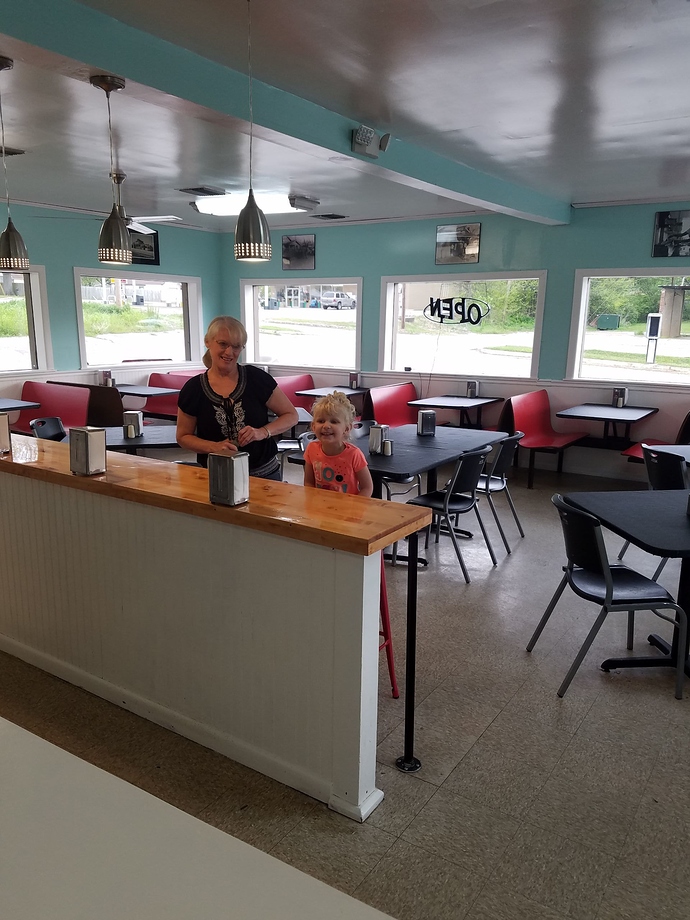 I did 99% of the construction myself, it was a lot of work lol.