I would like to share a process to replace customer pagers/buzzers using Twitter. Normally, one of these devices would notify a customer if an order is ready. Once an order has been cleared by the kitchen, an email is sent to either TweetyMail or IFTTT and automatically posted to a Twitter account. I have included screenshots below. 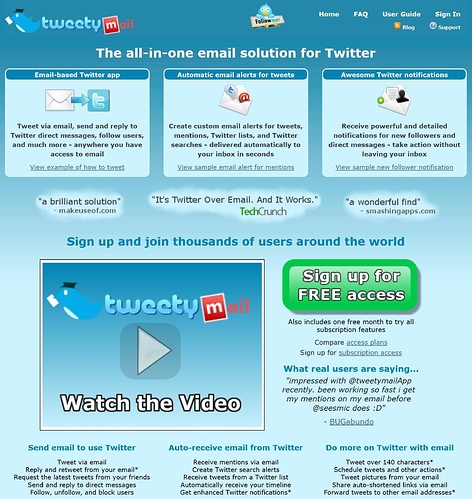 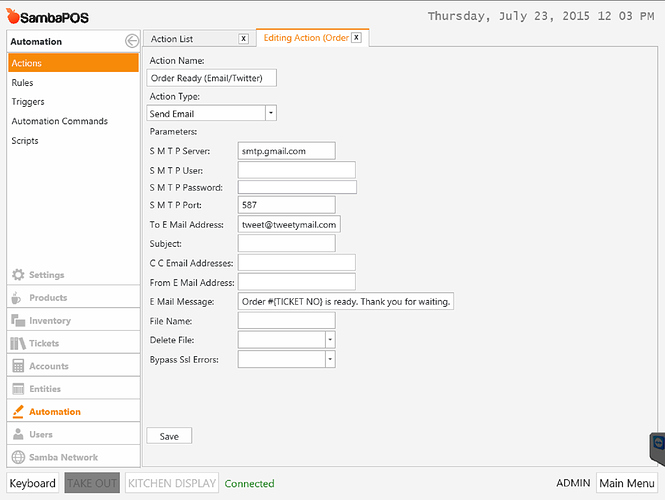 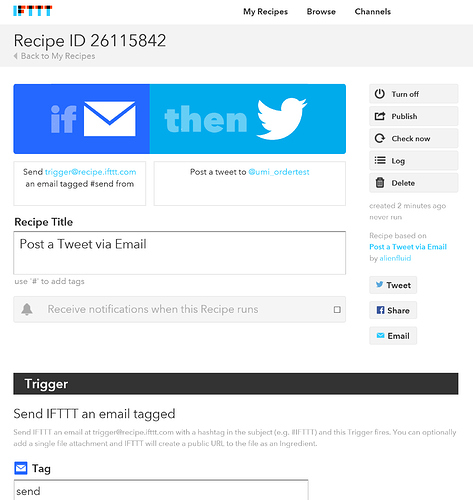 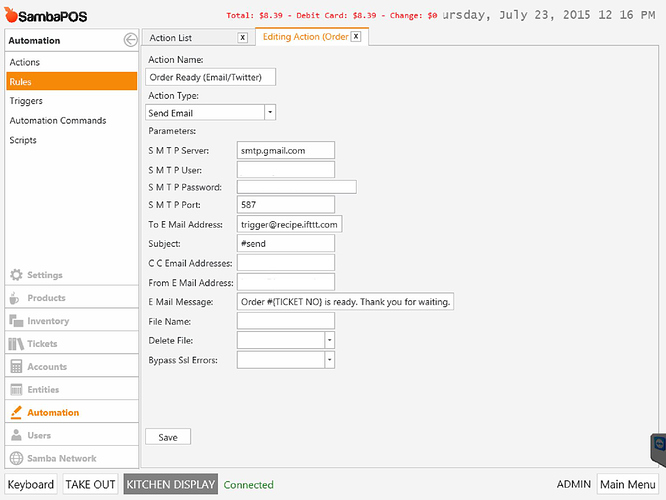 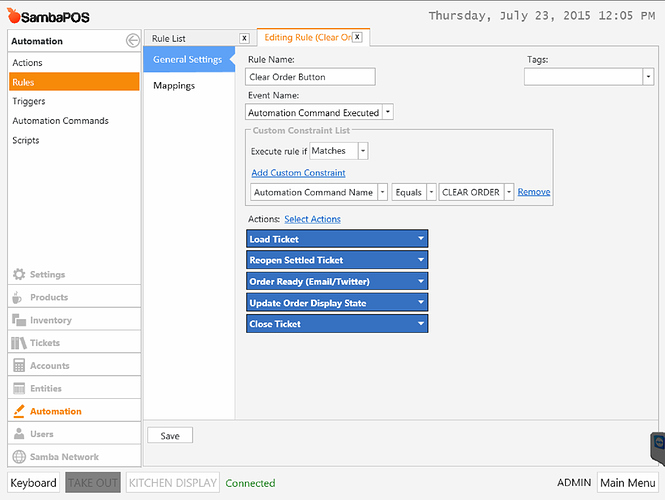 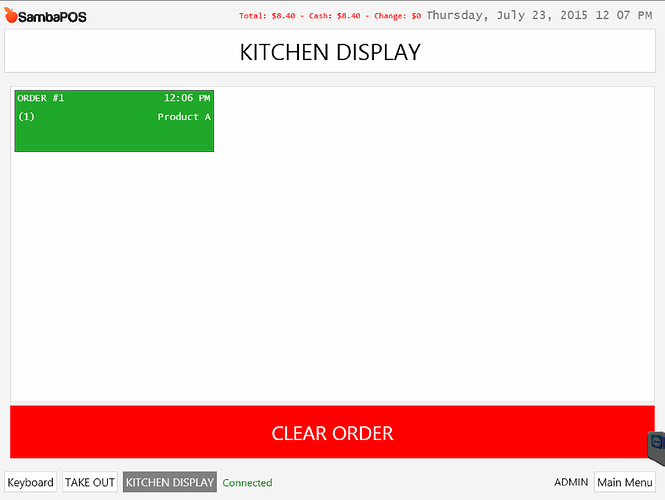 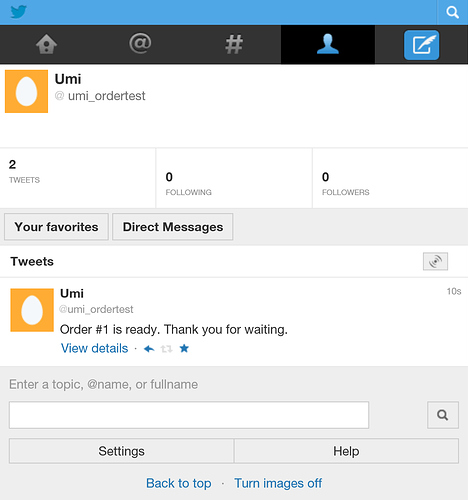 Great idea for v4. V5 has built in Twitter support.

Great idea as it shows a way to integrate SambaPOS to IFTTT. It can do more than just sending tweets.