is it possible to take a print bill copy of a settled bill in V3.?

###When Reprinting needed? There might be a lot of reasons. Waiter may drop ticket somewhere or printer may run out paper. For different reasons we might need reprinting orders to kitchen. On this tutorial I’ll show how to reprint for kitchen but same idea will also work for other print types such as bill printing. ###Setup I’ll create a new action for executing Print Orders to Kitchen Printer print job. If you are familiar with default actions you’ll remember we already have same action but …

There is also this …

Hello Team, Is it possible to have a automation command to print the last receipt which has been issued to the customer ?

Beyond that, you will have a difficult time finding someone to implement and test the Automation for this.

Thanks friend for a quick reply.

The need is when a customer comeback in next day to ask for a print copy.
How to do this in TICKETS(to search old paid /closed tickets ) module

In the Ticket Explorer:

Choose the date of the Ticket, or a start and end date.
Select “All Tickets”.
Click Refresh

Yes.
for example when I click ticket number 66 it will display bill …but how to take print of it.
pls suggest.

but how to take print of it

Follow the linked Tutorial to create a Reprint Bill button.

You should be able to use you normal Print Bill button. But you need to ensure the Enabled States is blank …

I tried many times friend.
But I cant create a button on display bill which in tickets
http://forum.sambapos.com/uploads/default/original/3X/e/2/e2b0de2c2f94dc2f732b70456c9a7b8e92ea2b70.png 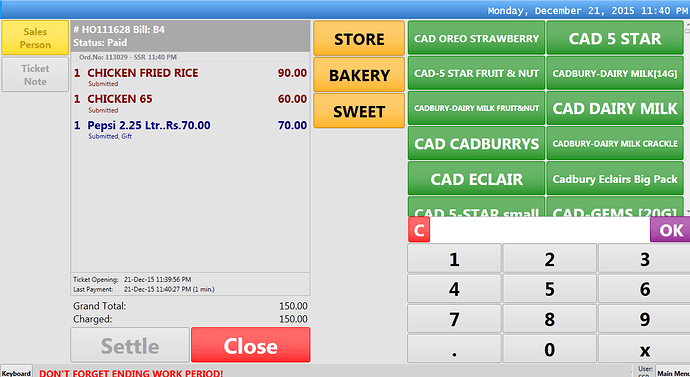 here i need a button and print that bill like this screen. 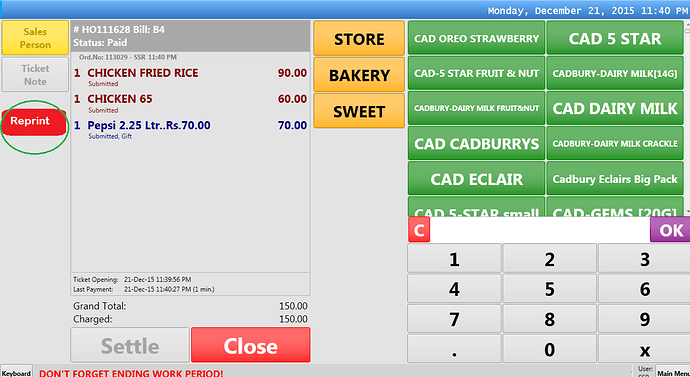 Show screenshots of you Automation Command button that you created for Reprint, including the mappings.

i designed that button in image editing software…

Dude, you need to create the button yourself. It is an Automation Command. If you followed the Tutorial, you would know that. 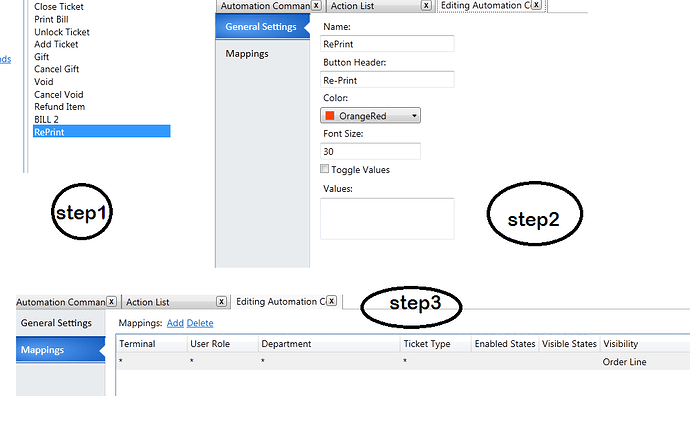 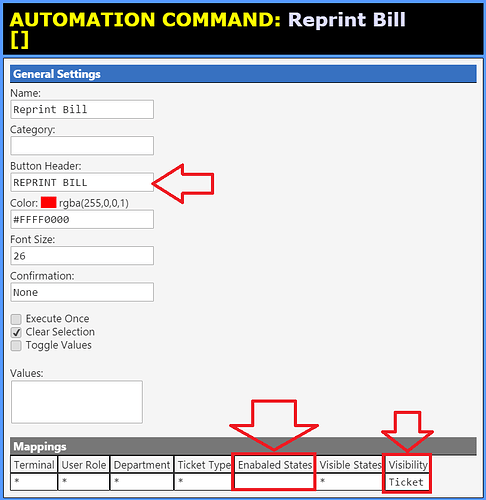 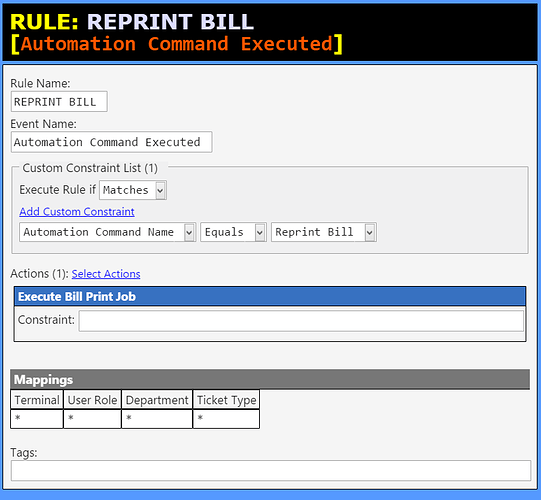 your visible states is blank it shouldnt be. Also Did you follow the tutorial? And you have it set to order line… so it will be on order line… you want it on ticket so you should set that to Ticket.

okie now where i can see my button in ticket?

Yes My doubt is the visibility option only.
if I select Ticket I cant see the button in the screen of paid ticket display.
http://forum.sambapos.com/uploads/default/original/3X/8/8/88d33587fbbfdb9bf2fb49dc6948c8dc3b6ca93b.png

LOL you just wont listen will you? Read what he said very carefully and follow it exact. 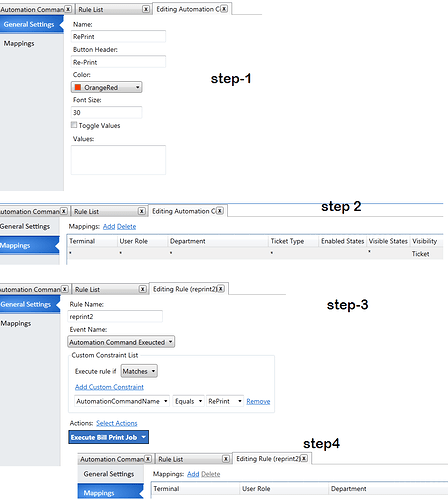 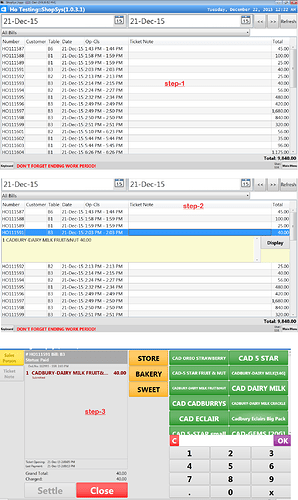 Your rule should have mapping. I have not used v3 but it looks like you set it up correctly have you tried restarting it? I do not know if version 3 has something different with closed paid tickets…

You might get better support with the V3 forum at www.sambapos.org

Your rule should have default mapping btw.

SOURCE CODE IS MODIFIED FOR OTHER PURPOSES
I DIDNT TOUCH THE TICKETS AREA.

I M TRYING TO DEVELOP USING YOUR OPENSOURCE AND BUILD A MODEL.
i WILL SHARE THE SOURCE CODE TO BE DOWNLOAD.