I have a rather odd issue. I am tweeking my TimeTrex tutorial to include a setup that uses the Ticket Creation Method: Create ticket. Because this method does not go into the entity screens I planned to use a button and make it ask a question. 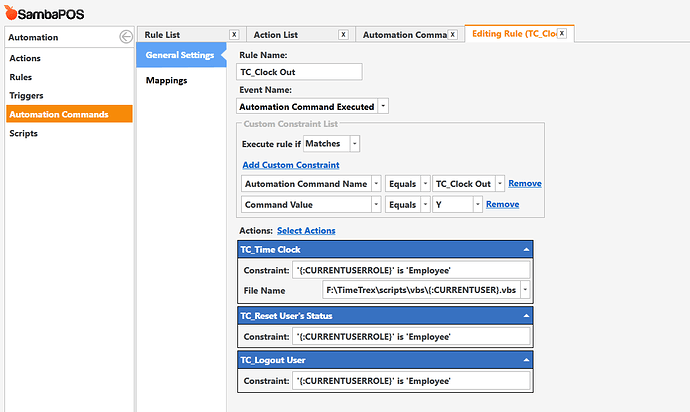 Everything is working except the TC_Time Clock Action. Its like its treating it as if it is not even there. The action is sound its the same action I used for my tutorial I did not change it. It works just fine when its not executed from a command value.

OK ignore everything I just said Samba is fine. It was a dumb mistake I made on my end with TimeTrex
Forgot to add Sunday to TImeTrex Pay period so TimeTrex was not recording punches for today haha. Very sorry to waste your time.