Im having an issue, i want the button to toggle between 2 things, however when setup and i press the button samba gets the “not responding” message and i have to completely close and reopen.

any ideas what might be stopping the toggle feature from working and sending samba into “not responding”?

Can you show the screenshots? Or explain more of what your doing? 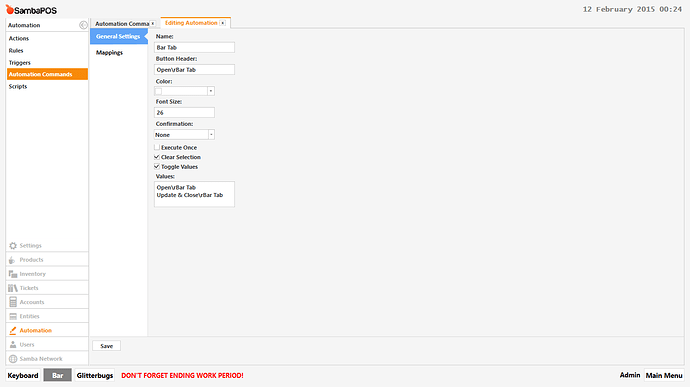 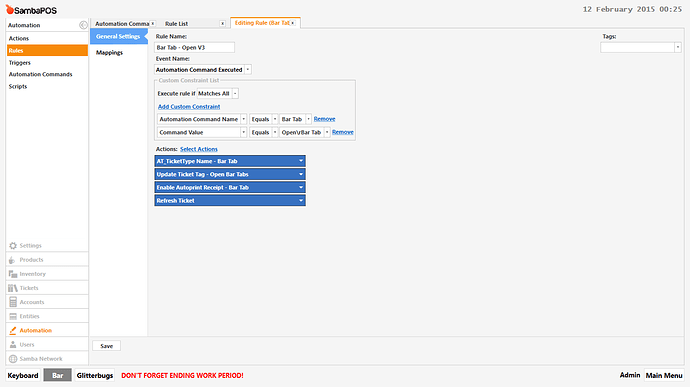 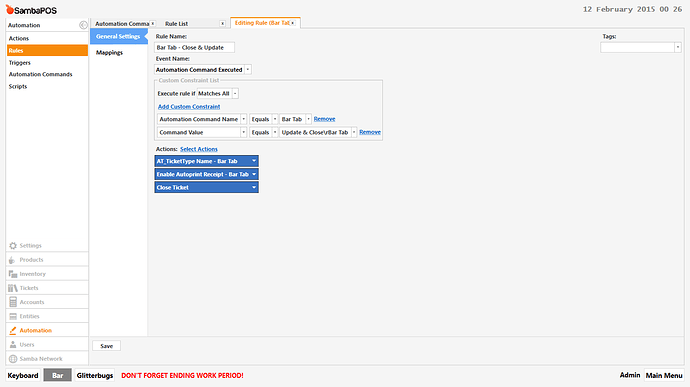 so when i press the “Open Bar Tab Button” this happens 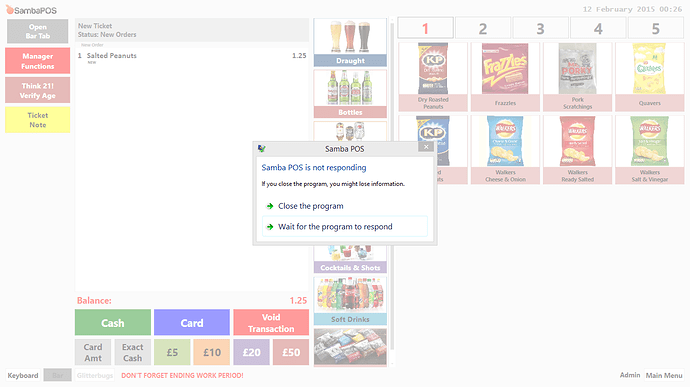 I’m not sure about the reason of that issue but this is not a correct use of automation toggle as it won’t restore latest state. That toggling feature implemented before we’ve implemented ticket states but I’m keeping it for backward compatibility.

Instead you can create two buttons and display one of them as Gift Receipt state changes. Same as we’ve implemented Gift and Cancel Gift buttons.

You should use two buttons and filter with state.

ive just tried setting up a test button, no rules or actions attached just a button called test, the two toggle values are Test ON and Test OFF this gives the same issue, so i know it has nothing to do with any rules or actions

that last issue i dont think that was the cause as the toggle feature doesnt work at all, even when its just a button with no rules or actions attached

Hmm something else is the problem then they toggle just fine for me.

i tested the whole setup with rules and actions on the sample database and it worked perfect, theres something wrong with my database but i dont know what

PM me a copy ill take a look.

EDIT: Lol it indeed does crash. I am looking into it.

You have a blank automation command in there I am testing it now.

cheers thanks a lot

Ok I found it but am having to narrow it down… One of your Automation Command Executed rules is causing it. I gotta find which one.

Holy crap thats a beast of a command lol 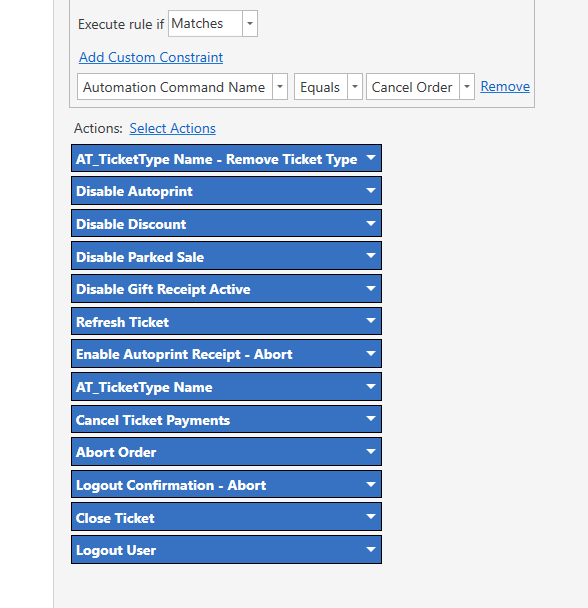 Ok its one of the discounts 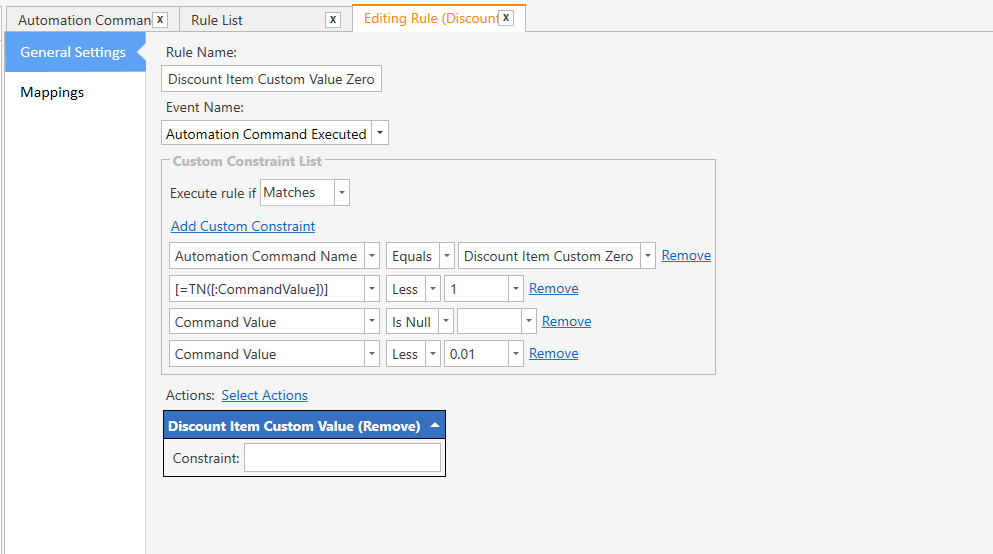 I am now trying to figure out why.

Ok I can not explain why but your custom constraint

is wrong it should be

This was causing the problem. Why it would even trigger that I have no clue lol but that fixed it.

@Jesse Less constraint always forces both sides to convert to a numeric value so whatever you type there non-numeric values will always become 0. 0 Less than 1 so it executes.