I want to revert to a fresh install of samba on my test machine.

I uninstall, delete the programdata, samba folder, delete all other folders and the databases… I reinstall and it doesn’t find the database.

I restore the database, reinstall samba and tell it to use sample database and it loads up back how it was before I decided to start again…

Does anyone have a DB restore of the factory reset or Fresh install?

SambaPOS will tell you that the String has been successfully updated.

Once you click Apply, SambaPOS will appear to be frozen while it creates a new DB with required Tables, most of which will be empty.

When the new empty DB creation is complete, you will be logged out automatically.

No Sample Data is included, but the DB contains basic setup defaults in the proper Tables for basic operation. 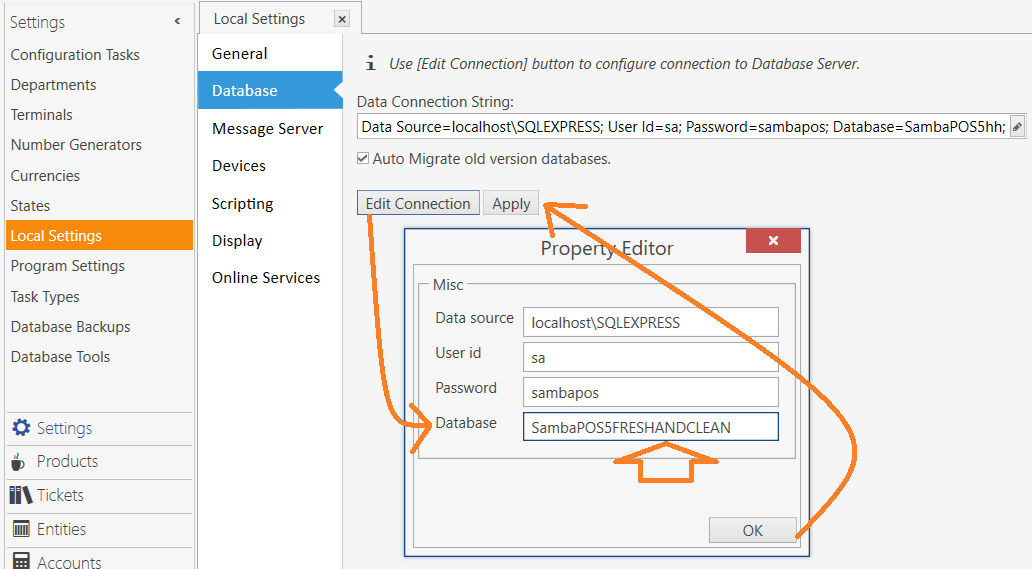 Have a look in SSMS if you don’t believe me 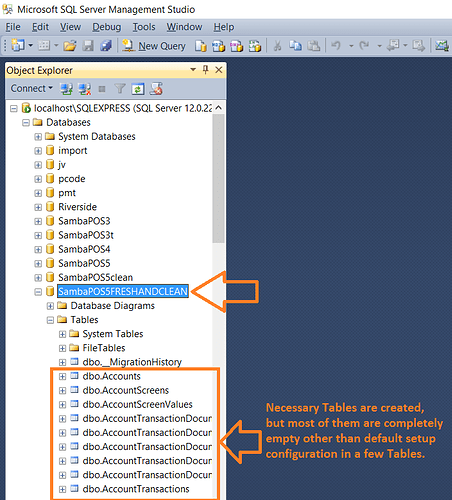 weirdly that doesn’t seem to work for me, it says connection string unsuccessful.

Do you think maybe its because I’m running from .MDF files?

no idea, it was just a fresh install of samba on a newly installed windows 10

How do I check that?

If you installed SQL LocalDB along with SambaPOS then there really isn’t any need for SQL Auth because it is a single-user Engine… and I’m not sure, but it wouldn’t surprise me if SQL Auth does not even exist in LocalDB… it probably only uses Windows Authentication…

You can still use SSMS to login to LocalDB and check things out.

I don’t know for sure, but since LocalDB supports only single connection/user it might also support only a single Database, which could partly explain why the method described above does not work for you.

Im using 1 terminal, just my work laptop. This isn’t on the multi system.

Im back on that one Thursday! (ugh)

anyway, After installing SQL Express and tools, I have managed to fix the above issue using your tutorial. Thanks loads, appreciate it. whoop!