Hello everyone! I need help… is possible make a rule then execute if kitchen order job action is finished ?
I am attaching a photo to make me understand

there is an event that I can use?

I need two constraints, one that is closed the ticket and the other constraint must be the kitchen job order

And what actions will you be using? What do you want to happen.
Its alot easier to help if understand what your trying to achieve.

, the action are to launch two start process…

… still better understanding helps… process of what? playing a sound on kitchen print?

because if you launch these two processes every time I close a ticket executes even when I add a drink or coffee in one order at a later time, while must start only when there is an order that has to go into the kitchen …

There is no ‘printed’ event, the fact the print job action has fired is the end of sambas understanding of print as after that its down to drivers and printer.
Guessing from what you have said you would put your execute process action in the ticket closing rule which already contains the print kitchen action (or could have in own rule if you prefer but still ticket closing).

The print action only sends new orders based on orders with state of new. You can mimic this same effect by constraining the process action using a report constraint to achieve same scenarios as print.

because if you launch these two processes every time I close a ticket executes even when I add a drink or coffee in one order at a later time, while must start only when there is an order that has to go into the kitchen …

In this case you may need to extend you setup.

I personally opt not to use print job mapping and use a custom KPrint state set to ‘Print’ on order added when product tag of KPrint != ‘’, and printed then updated to ‘Printed’ on ticket close.
Doing this would allow you to easily constrain a flow based on more specific things like kitchen print product like what your trying without the need to try and convert print job mapping.

Mny thanks man, I try this way…

Sure its documented on the forum.

I have a custom product tag for Kitchen Print;

Then a state to set print state; 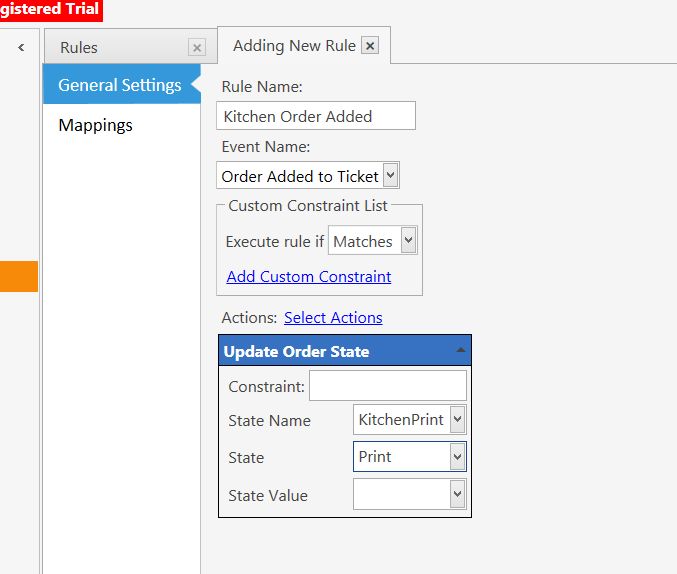 The print action to print based on that state.
Mapping for print job is all as it is constrained by the state per order not by product on mapping; 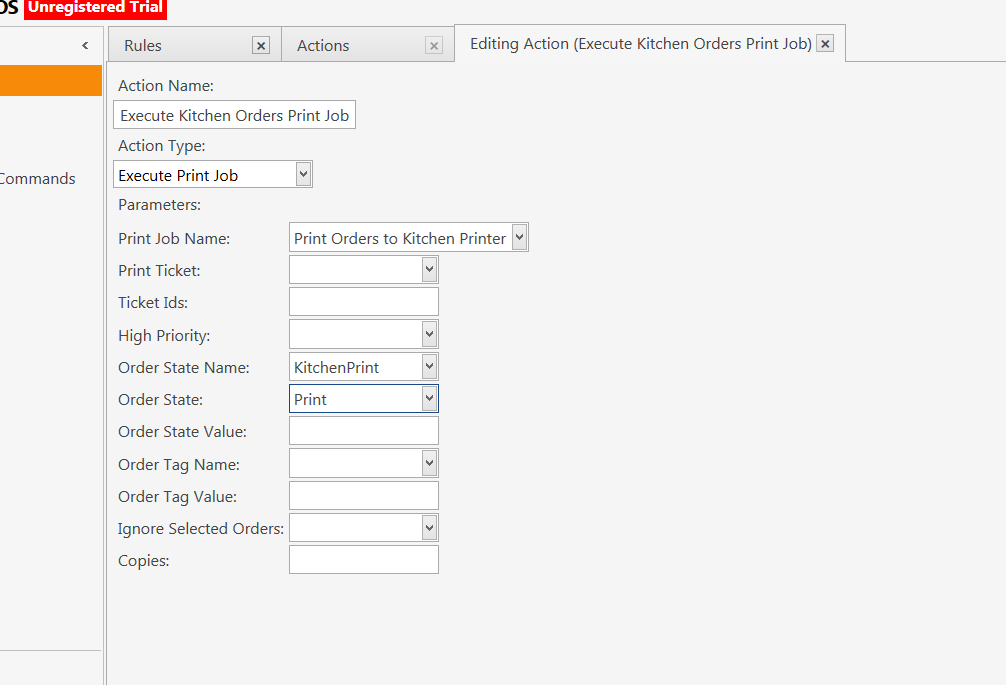 Then the print action and update state to printed; 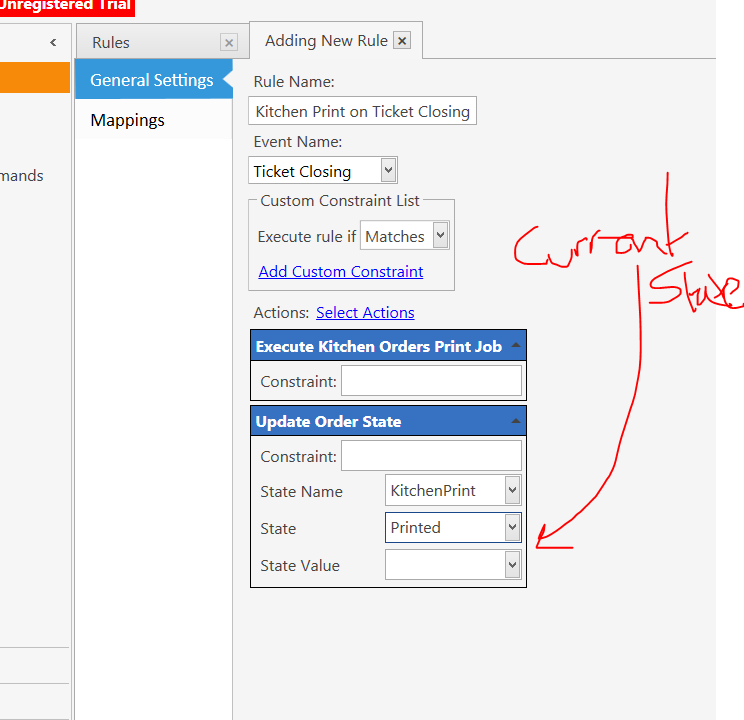 Pasted image744×720 25.8 KB
There should be a current state field on this action so its update Print to Printed…

Your process action would go above the state update action on that last rule with the constraint sugested above to only trigger if there are KitchenPrint state Print orders;

These rules are typed up on the fly so excuse any mistakes, nt got my main system db to hand.

or I could set a question to the closure of the ticket, like, send audio order in the kitchen? yes no

If you want to see a good tutorial video example of using an ask question with its ‘seccond’ rule take a look at my show change and print bill ask question tutorial - search ‘hd voiceover’ to find my video tutorials.

However this is obviously adding an extra step into your flow, do you want the sound to be optional?