Who says you need big and powerful system to run sambapos

just been testing this little tiny PC with Sambapos configured as a terminal. spec and performance wise not bad at all. 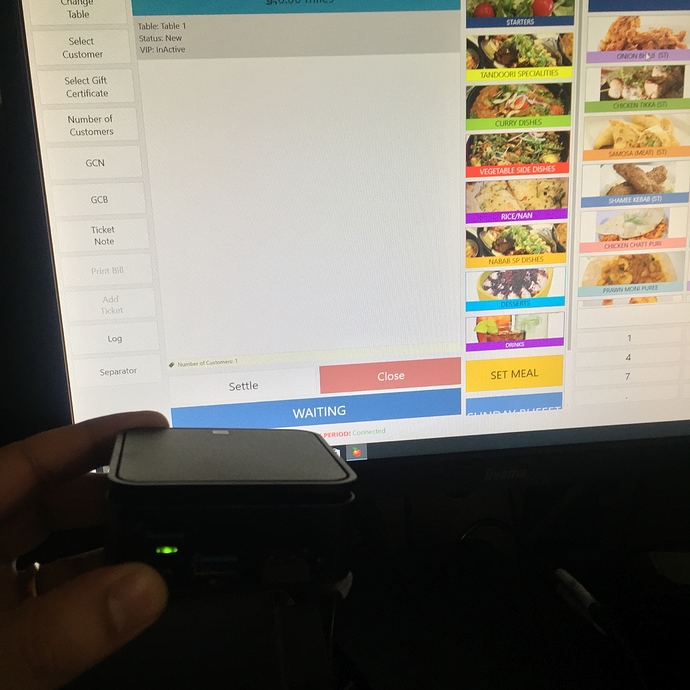 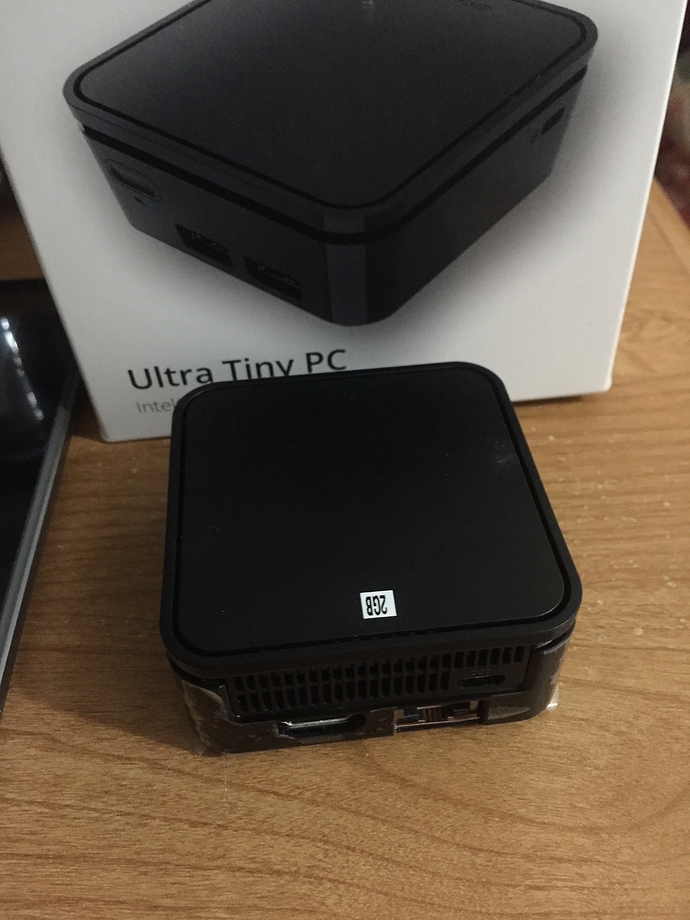 By terminal your meaning your SQL is elsewhere right?
Have looked at machines like this before but shyd away.
What kind of setup do you have, is it simple pos or more complex automation too?

I think if SQL isn’t running it will work fine. But if you used as the only terminal with SQL as well, I’d say it will be slow at times.

It’s no real difference to using tablets, the spec is similar.

By terminal your meaning your SQL is elsewhere right?

I’m running SQL express 2014. I’m using Intel NUC as my main system which is configured with SQL 2014. I also have two tablets acting as terminals. my setup is quit complex with two departments including custom delivery.

Not sure what you mean by shady way… I have previously tested Intel compute stick but I prefer this tiny PC. This tiny PC is not released in the market, managed to get my hands on for evaluation.

This tiny PC is not released in the market

How much did you pay for it?

I saw many similar on Amazon and eBay

Looks nice. Good to hear it runs well as I am also planning on running a small deployment of SambaPOS on a few low powered computer with a separate SQL instance on my server.

I have my eye on these… Any thoughts? (By being actual Windows tablets I wouldn’t have to worry about doing everything overr RDP).

agree with @markjw, I also have been using early linx 10" table since 2015, could not really fault it, the device is still running fine. I would recommend having good wireless coverage for any tablet/mobile devices in any environment…

I think it still need touch screen monitor isn’t it? Then will end up paying more than just get a good all in one.

Touch screen is not required, just generally preferable for speed and ease of use. Youll find I would expect 90% of regulars dev machines are regular PCs at a desk with keyboard and mouse but for live POS touscreen will 99% of the time be better.

10" table since 2015, could not really fault it, the device is still running fine. I would recommend having good wireless coverage for any tablet/mobile devices in

Have you been using it with samba?

I found that with samba locally installed on my linx 1010, after the tablet went asleep, samba would crash when I reopened it. Sometimes it would also disconnect while in use and either freeze or crash depending on the disconnection time and that was with a Ubiquiti UniFi AP LR in the centre of the ceiling.

I am going to try testing with a usb wifi adapter to see if it is the internal wifi card that is the issue.

I found that with samba locally installed on my linx 1010, after the tablet went asleep, samba would crash when I reopened it. Sometimes it would also disconnect while in use and either freeze or crash depending on the disconnection time and that was with a Ubiquiti UniFi AP LR in the centre of the ceiling.

This is because when the tablet goes to sleep, the wifi adapter also goes to sleep and disconnects. there is an advanced setting to allow the adapter to stay alive during sleep mode, but the other issue you will also encounter is that after a certain period of IDLE time where the tablet is not used, samba will freeze for a few seconds before responding again and then works normal.

I’m still finding a way around this unfortunately.

Yes we tried this too. doesn’t seem to make a difference. I will report back after testing with external wifi card.
I have 4 of these here for samba so I need to get this sorted.

You can also try using broadcast message to send between terminals at intervals to see if that helps keep the database connectivity active.

Just got my Linx 1020 and I am very impressed with the build quality of the whole tablet and keyboard. The touchscreen in particular is much better than I had expected for such an inexpensive unit.

It’s not the fastest when it comes to some of the POS menus, but it’s certainly very usable.

Just picked up a 1010 (‘Leather’). They are readily available on ebay for just £60 without the keyboard.
Tidy little tablets to be fair.
Although Samba seems a little sluggish…
Pretty sure its not the network, laptop on wifi is as responsive as the till itself.
Not sure if Im just being overly critical, its useable for samba just slightly on the sluggish side.
Any recommendations to squeeze a little better responsiveness from it.
Stripping out the windows bloatwere going to have much impact?
Wasnt planning to use them for restaurant anyway bt for our clockin clock out system but thought Id have a test.

Just picked up a 1010 (‘Leather’). They are readily available on ebay for just £60 without the keyboard.

I just looked at this, the Linx 1010 Leather edition that is on ebay for £59.99 is an old model. The spec (CPU, RAM, HDD) is same as the standard Linx 1010 sold elsewhere, but it doesn’t come with 2x USB ports (only one micro USB port with an OTG adaptor) and the official Linx keyboards don’t fit this version.

I’m wondering the fact it is £80 cheaper than the Linx 1010 possibly the internals are different, maybe smaller battery as well? It would be interesting to compare side by side and I wonder if performance will be different.

Although Samba seems a little sluggish…

@JTRTech you failed to mention that those Linx 1010 Leather editions on ebay for £60 are all refurbished and not new! That’s why they are cheaper!

Lol, to be fair I didn’t even think about that, it’s absolutely mint, you wouldn’t know it was refurb/return.
It was bought for a staff time clock terminal - I just though I’d try samba on it since remembered you had mentioned it before…
Either way for £60 is a good deal I can’t knock it…

To be honest I didn’t notice it was leather and didn’t have full USB which was a little bit of a let down but will still do the job with the adapter.
Man going to try a USB Ethernet adapter to rule out wifi as the bottleneck/cause of the sluggishness.

Still though for the price they are tidy tablets…

I also got a 8" linx for just £40.
It only has win 8.1 but to be fair it performs slightly better than the 1010 leather although size is a little tight on the virtical resolution but for £40 is a steal.
It was a refurb too and is not quite as mint but still very tidy and a good deal.
That was hopefully going to be a housekeeping tablet but again thought I’d bang samba on it and test it out.
Will upload a video if anyone interested.

Another thing I noticed between the 1010 and the 8" was the 10" didn’t seem to hold its connection on sleep but the 8" did although haven’t tweeted any settings and os is different so not a fair comparison.

Not sure if you are aware but you can still upgrade to Win 10 for free, if you want to. Even MS marketed it as a one year free upgrade at launch, they said anyone using “assistive technologies” would still get free upgrade after that time. There is no way of them checking whether or not you use any accessibility options so just follow instructions here: https://www.microsoft.com/en-gb/accessibility/windows10upgrade (I can confirm it works, I upgraded a Win 7 Pro PC a month ago to Win 10 Pro without issue)

the 10" didn’t seem to hold its connection on sleep

This is a Win 10 issue, I have the same problem on a number of Win 10 tablets from different manufacturers. You can check all power saving features are set to not turn off the wifi, also turn off battery saver mode. But I never can get to the bottom of it.