SambaPOS crashing when force assign all unpaid tickets with a tag

I followed @emre’s tutorial to create a Hold button with Ticket Tag to park all phone in orders, so we can quickly bring up these orders when customers arrive and pay for their orders.

I tried to force tag all unpaid phone in tickets on Ticket closing and before ticket closing event, but in both cases it caused SambaPOS to crash. 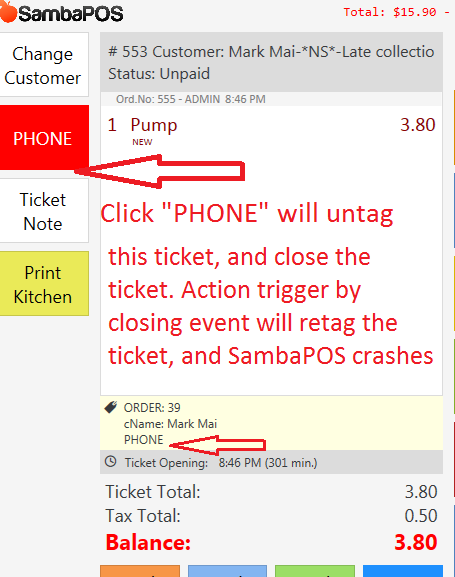 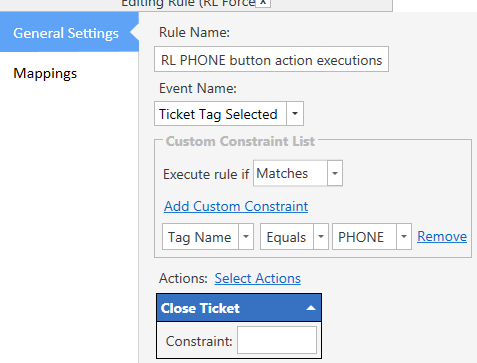 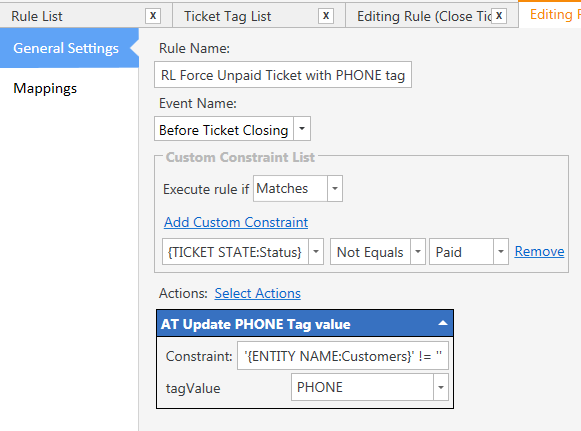 Could it be that you’re trying to re tag the ticket after you’ve closed it?

Try changing your flow to change the ticket tags first then close the ticket.

Have tried place update ticket tag action before close ticket within the same rule but still produced the same result.

Showing the crash error might give us better idea.

That’s all I got after I clicked the “PHONE” button… 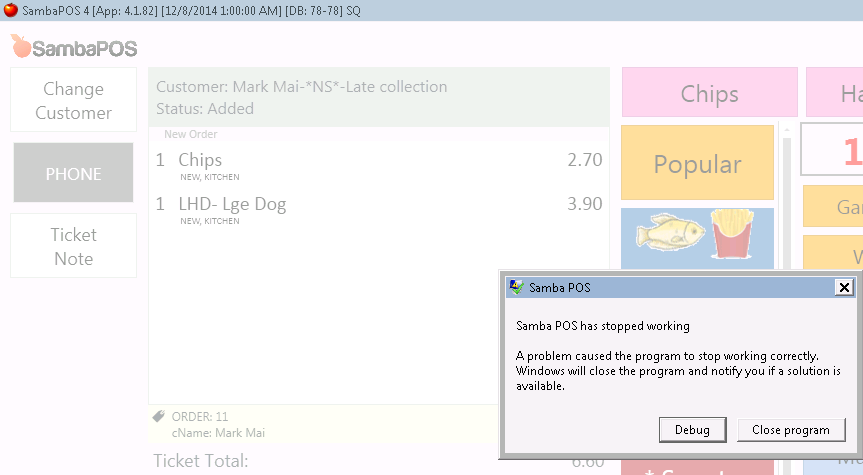 I am having a hard time following your flow. So Phone is a ticket tag button? You are automating close ticket when that tag is selected? Then you want it to untag that ticket after selecting the tag? Why tag it to begin with? 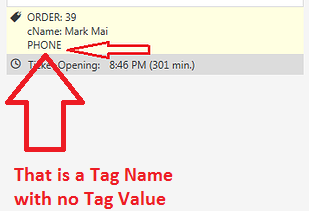 Notice how ORDER and cName have values, but PHONE does not?

Show the Action for AT Update PHONE Tag value.

Also, do you have the PHONE Tag (and sub-tags) defined in Tickets > Ticket Tags ? Not that it is completely necessary in all cases, but show that setup too if you have it.

so I can find all Unpaid tickets in the ticket tag button.

Maybe someone else can understand it better than me but I am having a hard time understanding what your trying to achieve. 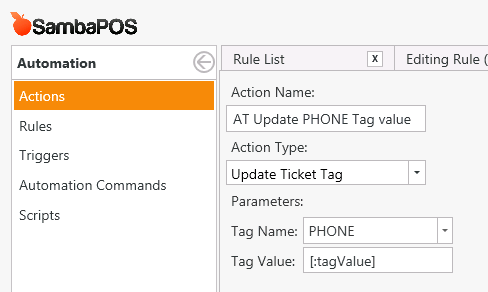 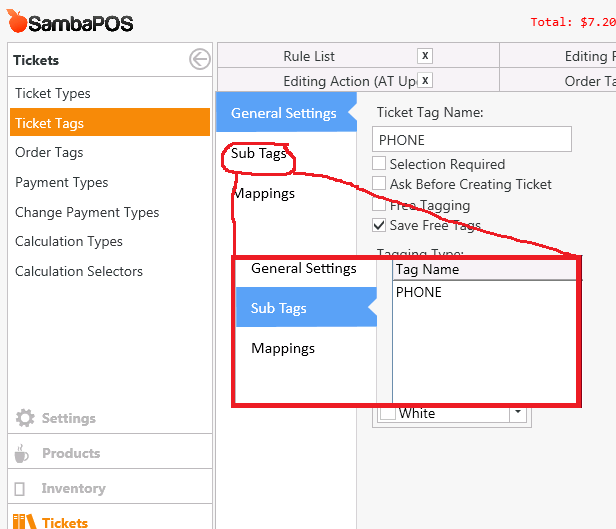 If it’s a phone in order, in which case orders placed over the phone, and send to the kitchen before tickets are paid.

I’d like to force tag all phone in orders and I can locate the ticket when customers arrive and settle the ticket.

Not sure if I’m making any sense??

How do you recall a ticket using the Ticket Tag Button?

PS: in case you didnt know you can add ticket tags using the action without having to map an actual Ticket Tag. You can simply use an automation command button mapped to Ticket. This is likely where your issue is.

Try getting rid of the mapping for your Ticket Tag also get rid of the Sub Tag. Create an automation command button called Phone then map it to ticket. Create an automation command executed rule and then put your Update Ticket Tag action in there and also put your Close Ticket action there if thats what you desire. Be sure Close Ticket action is the last action in the rule.