Is that a font problem or language problem. Please give me more detail about this

Hello Sir.
I have some question.
Q1. Customer receipt
When i printing customer receipt,I saw charge due amout in screan but did not show on the print paper.I mean,net sales $ 10.5.customer paid $ 11 so $ 0 .5 due amount.

Q2. Language issuse
I changed myanmar language in sambapos 5 shlwed the right thing on screan and report but when iam printing showed ??? Like that.Is it printer issuse?

Templates are customizable, you can add and remove bits yourself, click the help button in template and it shows the available ‘merge’ tags you can put in template.
Read up on templates here;

Language has changed on screen - thats good.
Template for printing would likly need tweeking if not already as expect this doesnt change automatically with language for system has default template is in english.
Products etc guess you already setup in your language.
You issue will be the character set on printer likely needs changing as default probably doesnt include special punctuated letters or your alphabet (sorry not familier with your language).
If like some languages like thia and chinese etc where printers may not support some characters you may need to change to use HTML type printing which then sends to printer preprocessed/rendered (like an image) rather than sending characters which the printer renders which is normal process for say english and other languages/characters supported by the printer. 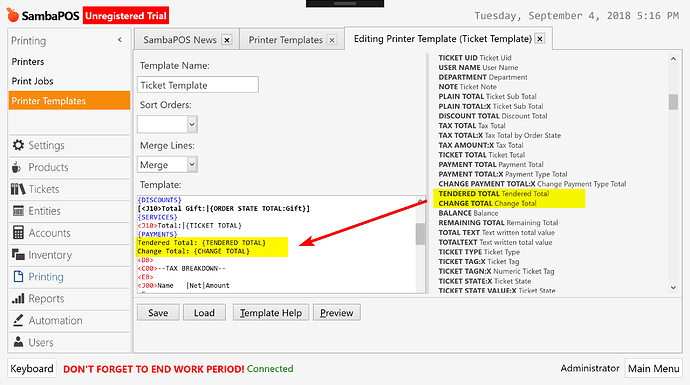 Hello Sir.
I have some question.
Q1. Customer receipt
When i printing customer receipt,I saw charge due amout in screan but did not show on the print paper.I mean,net sales $ 10.5.customer paid $ 11 so $ 0 .5 due amount.

Q2. Language issuse
I changed myanmar language in sambapos 5 shlwed the right thing on screan and report but when iam printing showed ??? Like that.Is it printer issuse? 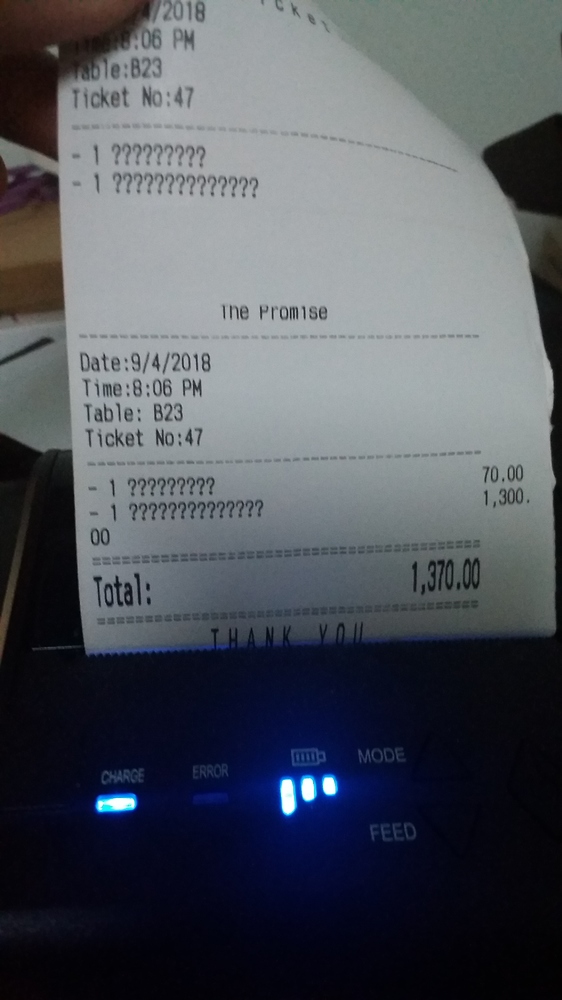 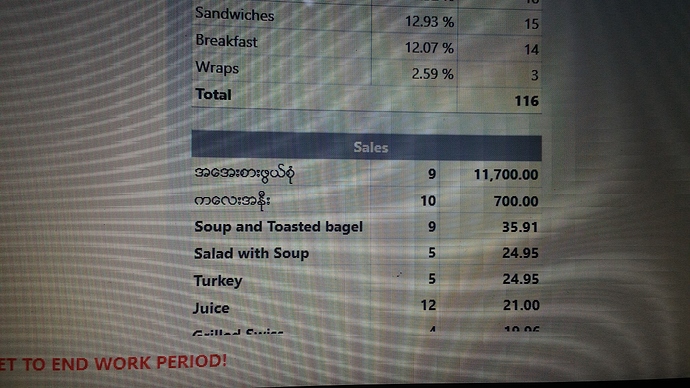 @June please slowdown a little bit and allow people to answer your questions. Posting under random posts will not help. 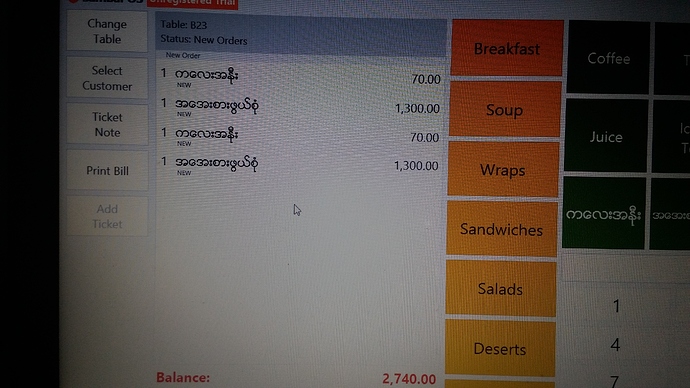 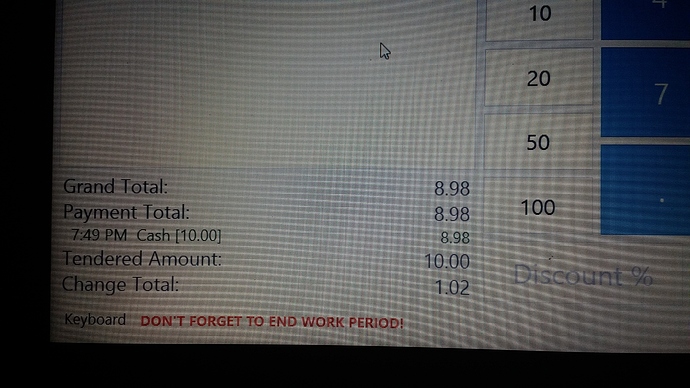 Answered above both points by myself and emre.

As discribed above its not samba that doesnt support its the printer. EXC/POS passes the data ‘digitally’ as such as characters and the printer sorts the rest. This makes for fastest printing.
Imagine a typewriter. Thats almost what it is like. The printer has a specific set of characters like a typewriter but in its memory.
Printing as html or windows printer etc means that the job would be rendered in the computer and sent to the printer more like an image. The printer in this case doesn’t actually think about what characters its printing, its being told what to print print where like a normal desktop printer.
If you printer doesnt have your character set in its memory it cant print in epos mode, you need to use html or windows etc so that windows - which does know your alphabet/character set can render your print like an image and send to printer pre processed.
If your familiar with print and design its a bit like vector vs raster. Vectors are solid shapes saved as coordinates and as such usually have a comparatively small file size. Vectors are needed for vinyl cutting etc so the cutter can follow the lines. Raster is like pictures - lots of pixels/dots which together make up an image. A raster image of pixels without compression would be a larger size and for example a solid black picture would be similar size to a solid white image or even photo.
Gone a bitdeep with explination but verdict is unless your printer supports charater set you need to process in windows using html or windows printer etc option as mentioned before.

Have you got corrected language format for printing?

The ? On print is nothing to do with sambas support for the language, you need to change the language/character set of the printer or use a HTML template.