This slowness is a bone on my neck. if It can be solved, it means we have succed

Mark will have better idea about processor.
What’s with the slash? What’s exact spec.
2GB ram to me suggests an old machine.
Not sure about win 10 but 2gb for win7 I would expect sluggish use.

THIS IS MY LAPTOP SPECS. WHEN I CONNeCT WITH MY LAPTOP IT IS STILL VERY SLOW

When you say slow, what is slow? What events are slow.
How customised is your setup. It is possible to configure features which are quite demanding. Custom entity state formatting using report expressions to report ticket details is a prime example as report ticket details is actually searching all tickets and needs to be run for each entity on the screen so if you have multiple report expressions in formatting and say 40 entities on screen that report then has to be run 80 times to load the entity screen.
There are other examples.

So in summary those machines with only 2gb of ram sound dated and with only 2gb wouldn’t expect rapid speed for much.
Your laptop has better specs, not best but better which comes back to network.
From what you say sounds like you have allot of terminals… if that’s the case network becomes more of a factor.
How are they connected? If wifi that is likely the issue/bottleneck of the network. Wired is always preferable where possible.
If you have allot of terminals key bottle necks could be switch/structure or main server machine hook up. With allot of terminals I would like to see a gb hookup for server at very least.

When you say slow, what is slow? What events are slow.

Let me explain myself very well.

The entity screen issue is only if you use custom format for state, not default colours etc which are updated to entity rather than reported live from db.

First starting samba can take a little time while menus etc are loaded into cache etc. There is allot within samba and like many programs startup is not instant.
But 45 seconds does seem slow.

From your description first question would be how much custom automation have you done.
That you specifically say when adding orders I would look at what automation you have on events like;
Order added
Ticket total changed
Also possibly if nothing interesting there;
Order state changed

You didnt answer if these client machines are hardwired network or wifi.

Hardwired. are are onnect via cable

Good, wifi is common issue cause when using cheap or low grade boxes.

Ok, so yer, would start with checking what automation you have for order added and ticket total changed first.
You sometimes see a delay on first order added after fresh samba start- presumably some form of cashing but after that normal use so a consistent delay on order added to me suggests issue in custom automation.

It is a fresh setup. I have not dnoe any automation

Cant be that fresh if you have the entity screens and entities you say.
Sure there isn’t any custom automation rules setup?
Havnt loaded a db or backup from somewhere?

I only mapped all terminal to print bill

Ok, well I cant offer any further sugestions without more info.
If it really is fresh system with default database exc your entities and presumeably menu and your laptop with those specs hard wired to network it points back to network as a relatively unknown form what’s been discussed.

Is it a 100 or 1000 mb network?
How complex is the network physical structure?
Are you using static ips or dhcp?
Can you offer a brief description of network setup…

A simple thing to try on off chance of a DNS issue would be to change the host name in connection sting to the ip address of the server. Not a common issue but easy thing to test as a starting point.

From everything you said I would think your issue is he HDD on the server and possibly lack of Gigabit switch or router. 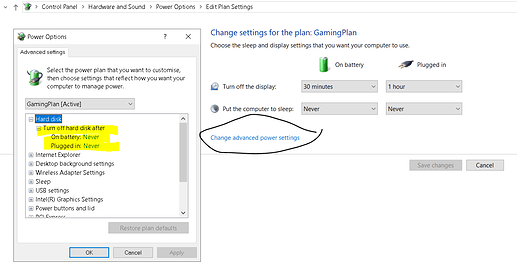 Pro tip: Always use SSD on the server. ALWAYS.

Is it a 100 or 1000 mb network?
How complex is the network physical structure?
Are you using static ips or dhcp?
Can you offer a brief description of network setup…

SWITCH TPLINK 10/100Mbps desktop switch
Complexity of network: Network is already setup I dont have much info about the complexity
Server is static, others DHCP

From here I can say a big thank for your assistance so far. all those who responded. I am grateful.

I did a small lap test to prove if the network on ground was my issue so far. And I did this.

I configure the router to have thesame subnet with the already existng network.

Inconclusion:
Reason for slowness was due to the fact that the router can not handel the no. 3 test hard/connectivity

This triger me to looking the network again as my assumption about the already exist network was wrong. Already existing network has CCTV IP cameras runnung. Which means video and data are passing through 10/100Mbps Switch, is enough reason for Samba to be slow as a result of poor hardware infracstruture.

Step to be taken.
I will buy a Gigabit Switch and restruct the network giving sampos priority.

@Posflow
Thank you for your support.

Your problem is just celeron…
Try a i3 pricessor computer as a terminal as your server is good.
Your setup is not a small like any small restaraunt so use good computers once u have much transactions.
Your cashing might be going good but such process like fetching much data from server, the terminal would slow down.
I already have a customer who have big grocery nd same thing 2 terminals with a celeron processor.
Sometimes its real stick but his main concern on terminals is just cashing so we never really change anything.
I also have a next customer whos grocery is bigger than him and also too much transactions but i bought i3 terminals for him. Its being 2 years now he never complain me about terminals slowing down.